Feb 25, 2012 2:30 AM PHT
Facebook Twitter Copy URL
Copied
They would rather focus on earning a living and finding the means to eat 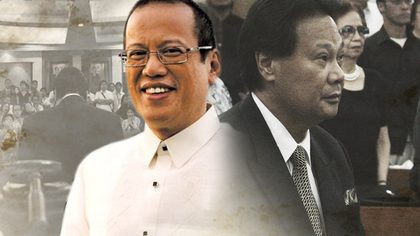 MANILA, Philippines – President Benigno Aquino III will be better off “back channeling” and using his powers of persuasion rather than aggressively pushing for the conviction of the Chief Justice.

Pollster Pedro “Junie” Laylo Jr offered this advice based on survey results that show a public increasingly becoming apathetic and disinterested in the impeachment proceedings of Chief Justice Renato Corona.

Conducted from January 28-February 6 of this year, the survey was conducted before extensive discussions by the prosecution about the millions of pesos in Corona’s bank accounts, and while discussions about his various real estate properties were ongoing.

A prolonged trial will not do the senators or Aquino any good as the public would rather focus its attention on earning a living. The public is really hurting already, as 65%, according to Laylo, think that the country is “not okay.”

“Makakain lang (To be able to eat)” is its priority, Laylo said, with many thinking, “Kayo na ang bahala diyan. Trabaho niyo iyan. All we expect is for you to be fair and just, so do your job.” (It’s all up to you. It’s your job.)

At the kickoff of Edsa festivities earlier this week, Aquino openly engaged Corona in a word war, daring him to come clean with his Statement of Assets, Liabilities and Net Worth, and to open to the public his dollar account deposits. He was criticized for what was termed as his “impeachment rhetoric.”

But Laylo said people are losing interest in the impeachment trial because it has become highly technical and legalistic.

If the prosecution rests its case, they would not really care, he added, as only the news junkies, senators, and the media constitute the “attentive public.” Laylo added, “The court of public opinion is not in session.”

This is why, it seems, in his speech during the 26th anniversary celebration of the Edsa People Power revolution Saturday, February 25, Aquino made no mention of the impeachment trial of Corona or his own political nemesis Gloria Macapagal-Arroyo.

Instead, he spoke about the need to have a stake in the country, stressing the need for unity, concern for, and love of country.

What is of greater interest to people is that senators – torn between realpolitik and leaving behind a form of legacy – exercise leadership during the impeachment trial. After all, the decision on Corona’s fate will be left to them.

Aquino, who has been engaging Corona in a tit-for-tat and choosing to boldly respond to the offensives unleashed by the Chief Justice, appears to be doing so because he is aware that public support for him remains constant.

However, Aquino is being given only a “3-year runway,” said Laylo, to deliver on his electoral promises – anchored particularly on his “Kung walang corrupt, walang mahirap” campaign slogan.

Laylo’s latest survey results show that while Aquino “continues to enjoy widespread popular support,” across groups, there is a “common tendency to withhold judgment” on whether the Chief Justice should be removed from office.

The public’s disposition towards the President is “not connected to their current attitudes on the Corona impeachment trial.” Thus, an “overwhelming majority” or 86% say they will respect whatever the final decision of the impeachment court will be.

Only 8% will join protest rallies if Corona is absolved, 4% will join rallies if he is convicted, while 2% are undecided, the survey results indicate.

At the same time, a majority or 57% are undecided because they do not know enough yet about the trial. Another 17% want Corona removed, another 17% are hedging, 5% think he should be absolved, while 2% “definitely want him absolved.” – Rappler.com