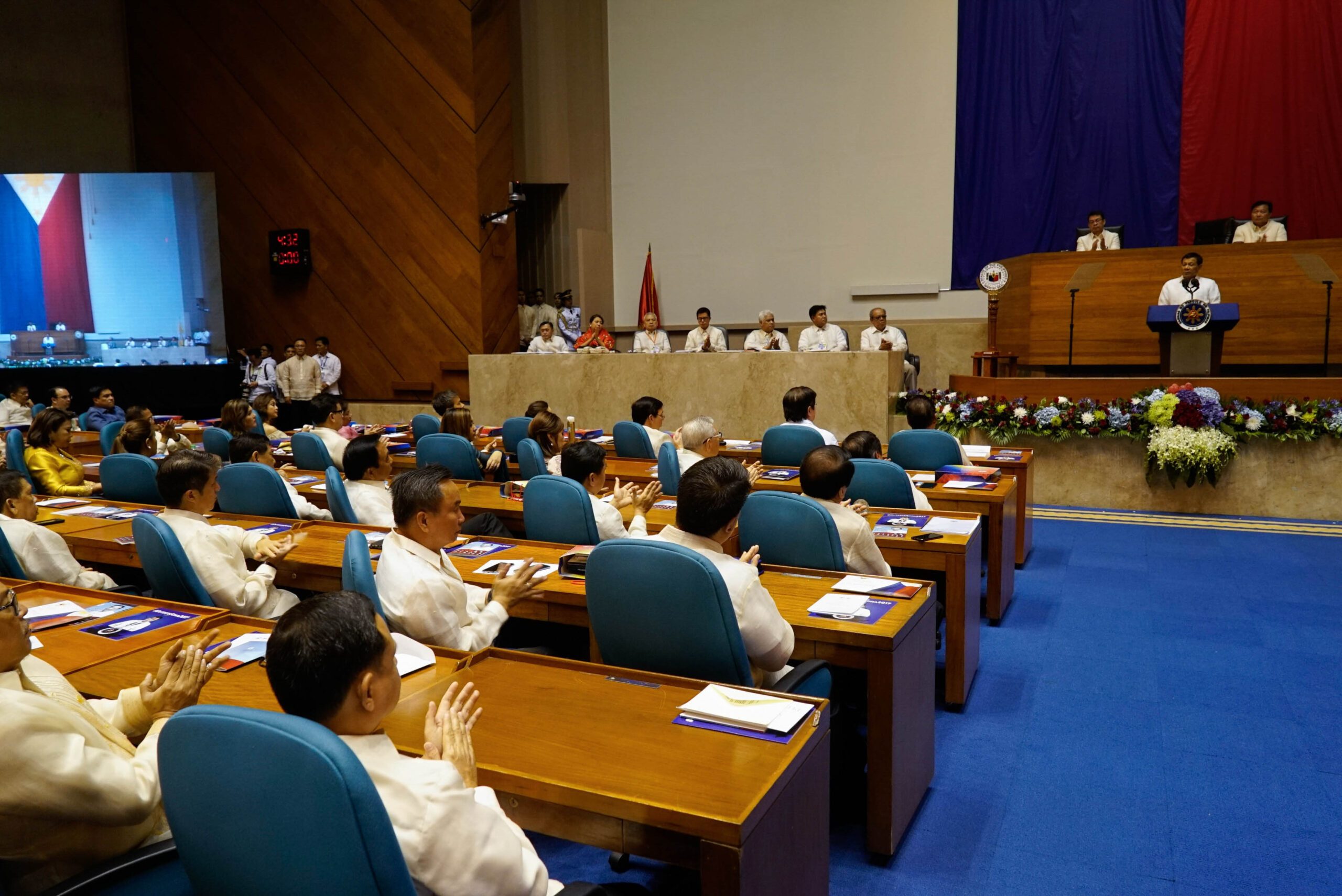 Facebook Twitter Copy URL
Copied
The House appropriations committee, CHED, and DBM are set to meet and compute just how much it will take to make sure tuition and miscellaneous fees are free for students in government-run educational institutions

MANILA, Philippines – Even as President Rodrigo Duterte worries over where to find the money to fund a newly-signed law that would provide free tuition and miscellaneous fees for students of SUCs and other similar institutions, his allies in Congress are wasting no time finding ways to “carve out” sources of funding.

“First things first. We have to determine how much is needed… based on certain assumptions: How many students are we talking about? How many students per SUC (State Universities and Colleges), TVI (Technical Vocational Institutions), per LCU (Local Colleges and Universities) can be beneficiaries of this law?” said Davao City 1st District Representative Karlo Nograles, chairman of the House committee on appropriations.

Duterte signed the measure into law on August 3 despite opposition from his own economic managers. Duterte left it to Congress to find a way to fund the law, which was not factored in the 2018 budget submitted to Congress. The House of Representatives is currently conducting deliberations on the proposed budget.

It’s going to be an interesting meeting.

Before Duterte signed the measure into law, DBM Secretary Benjamin Diokno pegged the cost at P100 billion and said the government would not be able to fund it.

Meanwhile, Nograles noted, “Congress (both the House of Representatives and the Senate) and CHED were saying kaya natin yan [we can do it].”

Diokno has said the law will be implemented by academic year 2018-2019. He will lead the team that will craft the law’s implementing rules and regulations (IRR).

Nograles explained that the way he sees it, Congress has two primary options. They can pinpoint areas where they can “carve out funds” from the existing budget and reallocate it for free tuition. They can also ask the executive to submit a supplemental budget.

“Right now we have about 26 departments, 39 executive officers, 45 government corporations [and] all of them are being sustained and funded by national coffers. Maybe we can do the carving ourselves or we can ask them to voluntarily point to us, what funds can we get. Of course, this depends on the absorptive capacity, depending on whether their budget increased,” Nograles explained.

If, even after the “carving”, Congress finds itself short of the money needed to pay the tuition and miscellaneous fees of students in government-run institutions, Nograles said a supplemental budget can be another solution.

At the end of the day, it’s a problem Nograles will have to solve by mid-September, when the House of Representatives expects to vote on the proposed budget before it moves on to the Senate. Both houses of Congress are dominated by Duterte’s allies.

“The President was really in a dilemma… but I think he made the right decision. All the students are happy, excited. It was a campaign promise and the President delivered on his campaign promise. But it’s up to us to fund it,” he said. – Rappler.com