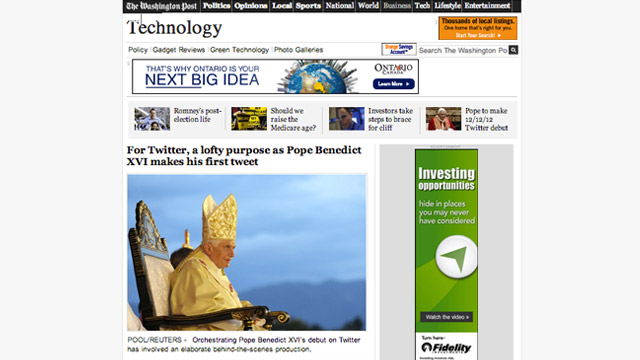 Earlier this month the Vatican announced that Pope Benedict XVI begin tweeting from his own personal account @pontifex – the pope’s first tweet is expected today. The pope is expected to personally hit the send button on his first tweet, written in his own words but pre-drafted in 8 languages. As promised the pope will answer questions, three at the least, officials from the Vatican’s Pontifical Council for Social Communications will oversee the Twitter exchange. Twitter Innovation chief Claire Diaz-Ortiz is in Rome to personally oversee the historic event. Earlier today she tweeted, “I’m thrilled to be prepping with the Vatican team for this morning’s first papal tweet.”