Aug 9, 2017 3:37 PM PHT
Pia Ranada
Facebook Twitter Copy URL
Copied
'Social media practitioners' 18 years old or above who have at least 5,000 followers and generate news about President Rodrigo Duterte may be given accreditation 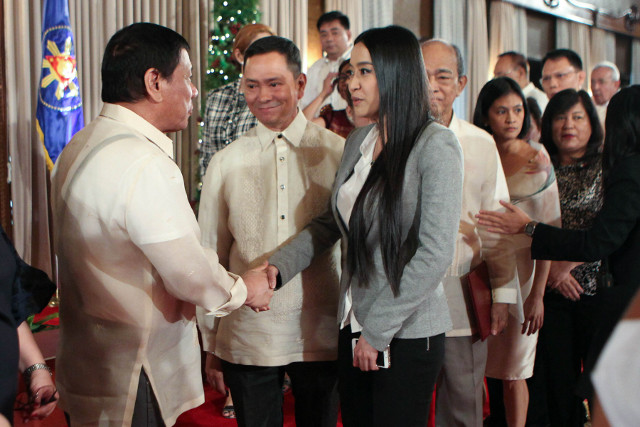 It states that accreditation may be given to any Filipino citizen who is at least 18 years old and has at least 5,000 followers in any social media platform.

Bloggers or social media personalities who want to cover presidential events have to apply for accreditation at the Social Media Office (SMO) at the New Executive Building. The SMO is headed by Assistant Secretary Mocha Uson, a prominent online Duterte defender herself.

Accreditation will be given on a per-event or per-activity basis only, unless specified by the Presidential Communications Operations Office (PCOO). It is also subject to clearance from the Presidential Security Group (PSG).

Accreditation given to a blogger may be withdrawn, canceled, or suspended, but the two instances when this may be done is vague.

One instance is “abuse of rights and privileges extended by PCOO” and “improper use” of the accreditation.

It should be recalled that bloggers had expressed vehement opposition to what the PCOO should consider as violations of accreditation back when a draft of the social media policy was being discussed during a forum.

They had opposed, for instance, any requirement that they refrain from using foul language. One blogger, Trixie Cruz-Angeles, even said the use of profane language is an “advantage” bloggers have over journalists which should not be taken away by government regulation.

In that same forum, there were calls for a code of conduct to be imposed on bloggers eyeing accreditation.

The interim policy is to be given a “test run” for 6 months, to be monitored by Uson.

At the end of this period, the policy will be reviewed and, if needed, revised. – Rappler.com