Driver of police commander caught posing as a cop for extortion 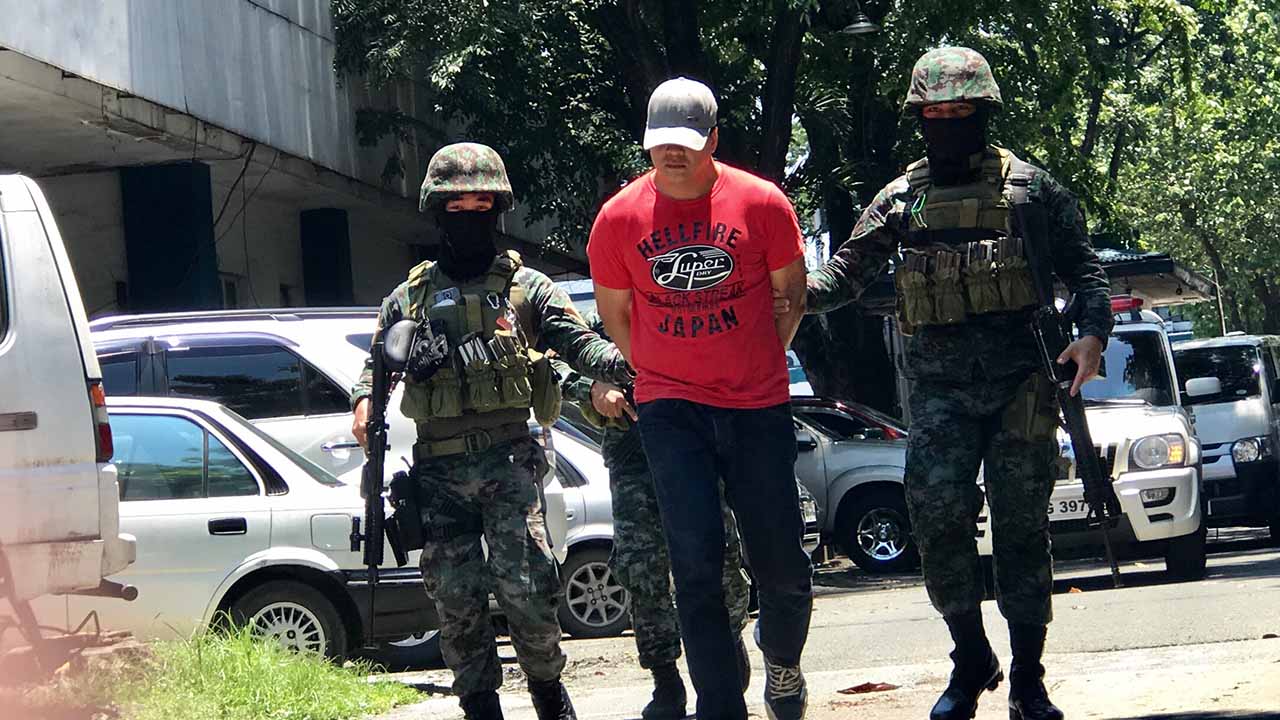 MANILA,Philippines – The Philippine National Police (PNP) nabbed on Wednesday, August 9, Joseph Ruallo, a fake cop who extorted from a couple whose son was arrested for possession of illegal drugs.

The policemen who caught the suspect told his parents that they know of another cop who can bring their son out of detention. They gave Ruallo’s number.

(According to the complainant, they were told that they can get help from someone. They were given a number. The voice on the other end introduced himself as police.)

Ruallo promised the son’s freedom, in exchange for P50,000 in cash. The parents begged him to bring down the amount, so they agreed to P15,000. Suspicious, the parents reached out to the CITF, before the meeting.

A caliber .45 pistol was confiscated from Ruallo along with the P15,000.

Upon apprehension, police revealed that Ruallo was the driver of no less than the chief of Quezon City Police Station 5, Police Superintendent Bobby Ganipac.

The 4 cops in collusion with the scheme were relieved of their positions, after interogation.

Still, the Quezon City Police District chief Superintendent Guillermo Eleazar launched a station-wide investigation into the incident, from fear that other personnel may be involved. – Rappler.com