Funds from DICT, DAR, DOTr eyed for use in free tuition law

Aug 10, 2017 8:50 PM PHT
Bea Cupin
Facebook Twitter Copy URL
Copied
The 3 agencies could get budget cuts in 2018 because of their 'spending pattern' – billions of pesos in unused and unobligated funds – from previous years 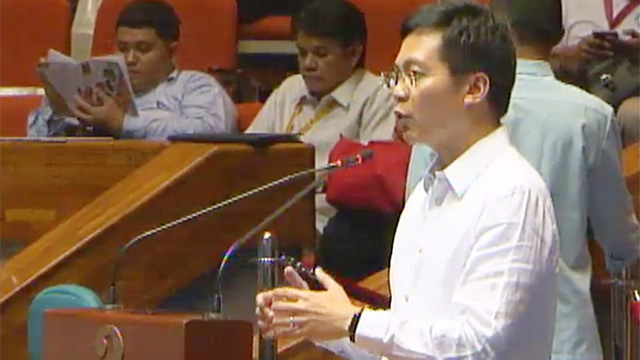 MANILA, Philippines – The House appropriations committee pinpointed 3 government agencies whose budgets may be cut and reallocated to “act as a standby fund” for the full implementation of the free tuition law.

House appropriations committee chairman and Davao City 1st District Representative Karlo Nograles said the Department of Information and Communications Technology (DICT), Department of Agrarian Reform (DAR), and Department of Transportation (DOTr) were found to have “low absorptive capacity” and “sluggish implementation of projects and programs,” leading to a possible budget cut as the House of Representatives tackles the proposed 2018 budget.

In the course of budget deliberations, Nograles noted the following in the previous budgets of the 3 departments:

It’s the “spending pattern” of the 3 departments, said Nograles, that makes them “top candidates for possible budget cuts in their proposed 2018 budget.”

“These funds [from the DICT] will expire on December 31, 2017 and I doubt very much if DICT will be able to utilize these funds before the year ends. So instead of wasting these funds I would rather use the money to support the higher education law for free tuition and miscellaneous fees for students in SUCs, LUCs, TVIs,” Nograles said, referring to state universities and colleges, local universities and colleges, and technical-vocational institutions.

The lawmaker noted that funds from the 2015 budget have already been reverted to the national treasury.

“The 2016 funds are still alive and set to expire on December 31, 2017. At this point in time I am very doubtful they will be able to utilize those funds. So I am looking at considering these funds as savings and writing a supplemental budget to use as standby fund for the free higher education,” Nograles said.

Nograles has been leading the charge in finding out how to fund a landmark free tuition law recently signed by Duterte. The congressman previously said they would first find areas to “carve” funds out from the existing 2018 proposal. He is also looking into the possibility of asking the executive branch to file a supplemental bill to fund the law if needed.

Earlier this week, several lawmakers and officials from the Department of Budget and Management (DBM) and the Commission on Higher Education (CHED) met to find out just how much the law would cost.

Once it is implemented in Academic Year 2018-2019, tuition and miscellaneous fees in all SUCs, LUCs, and TVIs will be free for students. (READ: LIST: State colleges and universities covered by free tuition law)

The measure was something Duterte’s economic managers were against, but the CHED and both chambers of Congress lobbied for its passage. (READ: SUCs may tighten admission due to free tuition law – CHED) – Rappler.com