Price tag for war in Marawi: P3B and counting 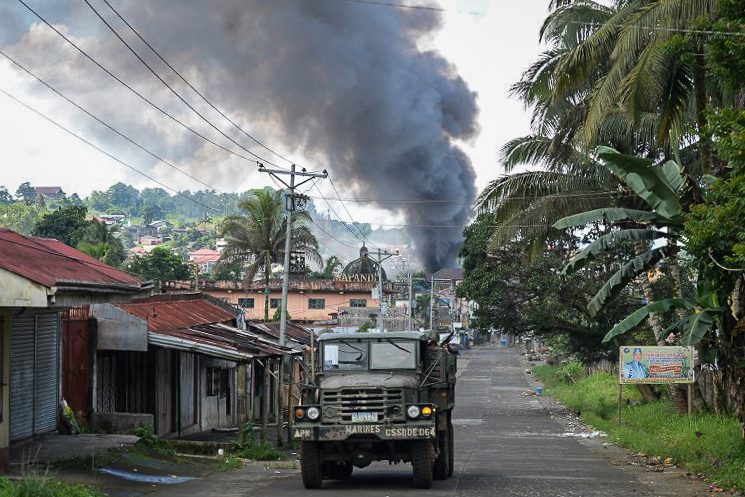 MANILA, Philippines – The ongoing military operations in Marawi City has cost the government about P3 billion so far, based on estimates of Defense Secretary Delfin Lorenzana.

The amount does not include the cost of feeding evacuees for almost 3 months now and the losses due to suspended commerce in Marawi City. (READ: Marawi: Where military rules and LGUs take a backseat)

Lorenzana said the Department of National Defense will ask Congress to refund the amount that was taken from other DND projects. Congress has started deliberations on the 2018 government budget.

Lorenzana said the Army alone reported spending P1.3 billion. He is awaiting reports from the air force that conducts air strikes in Marawi  and the navy whose marines are fighting on the ground and whose ships are patrolling Lanao Lake.

As of August 10, the military reported that the war has killed 128 soldiers, 552 terrorists, and 45 civilians since fighting began on May 23.