Facebook Twitter Copy URL
Copied
The Department of Agriculture says 16 villages in the towns of San Luis, Mexico, and San Simon are within the 1-km radius or in the contained area

MANILA, Philippines – The Department of Agriculture is on top of the avian influenza or bird flu outbreak affecting some villages in Pampanga.

This week, Agriculture Secretary Emmanuel Piñol released a map showing the barangays affected by the outbreak, as well as those within the 1-kilometer radius (contained area) and 7-km radius (controlled area). 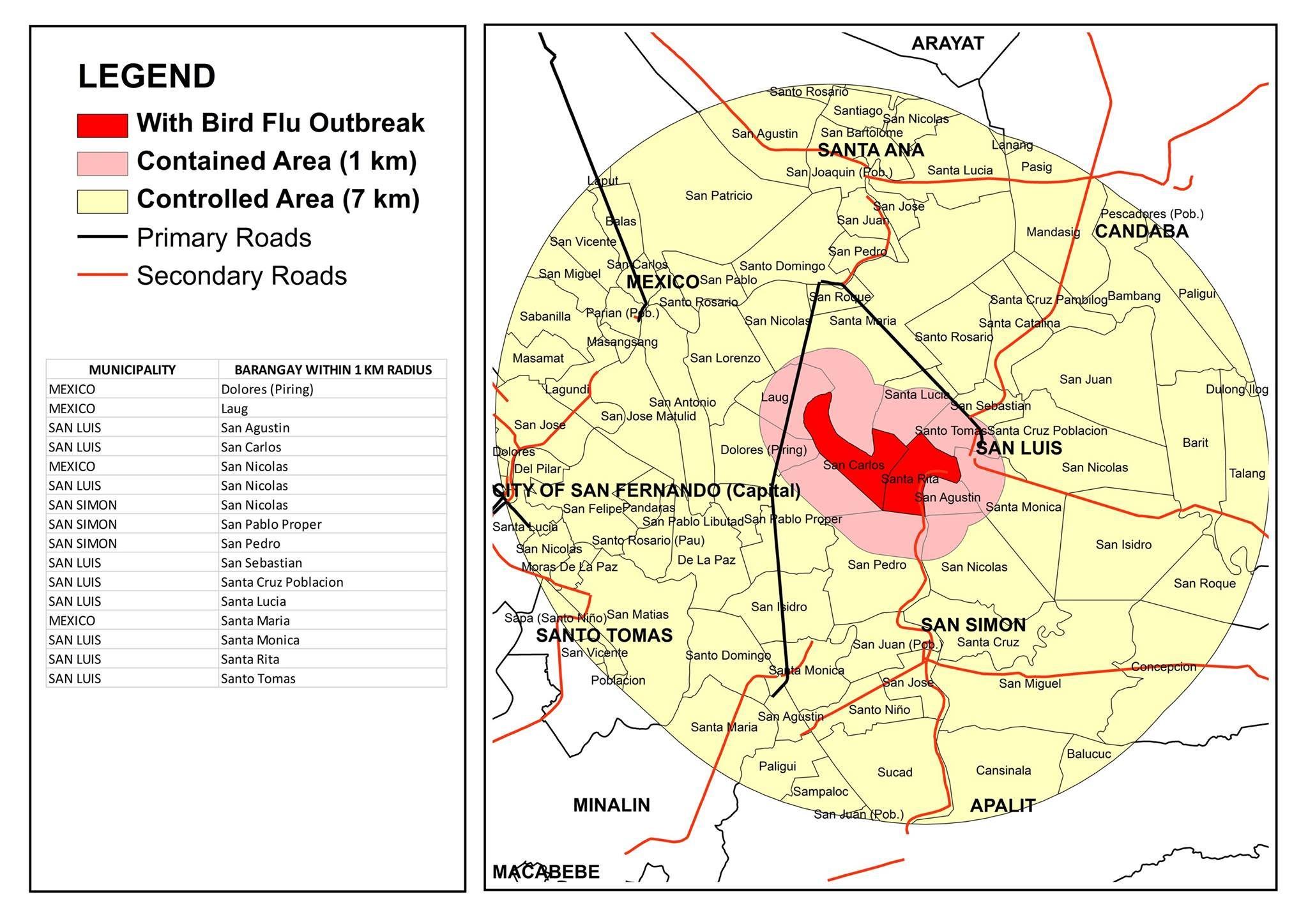 Barangays within the 1-km radius:

The DA has started the culling of an estimated 200,000 birds within the 1-km radius. They will be buried after the culling.

The department also said no movement of birds, eggs, or other poultry products is allowed within the 7-km radius. (READ: DA bans fowl shipments from Luzon amid bird flu outbreak)

Piñol went back to San Luis, Pampanga, on Tuesday, August 15, for consultative meetings with farmers and other stakeholders.

On his Facebook page, Piñol said his department’s credit agency, the Agricultural Credit Policy Council, has readied an initial P50-million loan for 2,000 farmers whose poultry farms were hit by the avian influenza.

“Each farming family will be entitled to a P25,000 loan package under the Survival and Recovery Loaning Program for farmers and fisher folks affected by natural and man-made calamity. Of the amount, P5,000 will be given as a grant while the remaining P20,000 will be a no-collateral and no-interest loan payable in two years,” he explained in the post.

This is on top of the earlier announcement that affected farmers will get P80 per culled bird.

Piñol said the department is also preparing Calamity Fund Assistance and a bigger loan package for the farmers to “start anew” once the affected areas have been declared free from the avian influenza. – Rappler.com