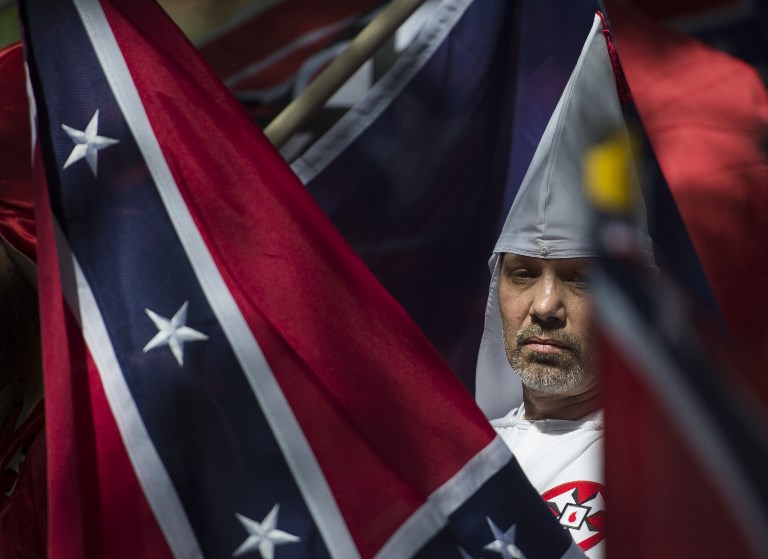 Encouraged by President Donald Trump and buoyed by social media, a new generation of extremist startups has taken root, mostly created by angry young white men anxious to exploit fears of Latino immigration and radical Islam, the shrinking white share of the US population and the cultural shifts of globalization.

They have supplanted the old hotbeds of racist, anti-government and fascist activism, including the notorious Ku Klux Klan, which has dwindled to a few thousand members.

Until now, even with the alliance of powerful Trump advisor Steve Bannon, the so-called “alt-right” movement and its violent fringes has been deeply fragmented, unable to coalesce around common ideologies, goals and tactics.

However, this could change.

“They are acting in concert right now,” said Spencer Sunshine of Political Research Associates, which specializes in research on right-wing groups.

“The rising tide of Trump-ist racism is raising their boats.”

Sunshine pointed to the Charlottesville “Unite the Right” protests.

The alt-right rues the loss of an idealized American identity, espousing white nationalism and “traditional” euro-centric culture as the foundation of US culture.

It rejects “multiculturalism” that gives more prominence to non-white groups and elevates the equal rights of women, gays and minorities.

Its politics connect to traditional conservatives and libertarians, and are likened to the “identitarian” movement in Europe.

As “alt-right,” the movement has touted itself as just a louder, consciously provocative but legitimate force in conservative politics.

But the Southern Policy Law Center, an anti-extremist research group, insists the alt-right “is pretty much the same thing as the old white supremacist right — even if it does favor suits and ties over Klan robes or faux Nazi uniforms.”

SPLC counts scores of such groups under the alt-right umbrella, many of which were present in Charlottesville.

Saturday’s rally was led by Richard Spencer, whose Washington-based National Policy Institute think-tank is “dedicated to the heritage, identity and future of people of European descent in the United States.”

Groups he invited were openly neo-Nazi and white supremacist, such as Vanguard America, whose members chanted “blood and soil,” echoing the “blut und boden” cries of Hitler’s followers in the 1930s.

They also included Identity Evropa, an “identitarian” group that promotes white superiority and separatism, and the Traditionalist Workers Party, which marries a Nazi-like logo with a Christian whites-only ideology. Both are stridently anti-Semitic. 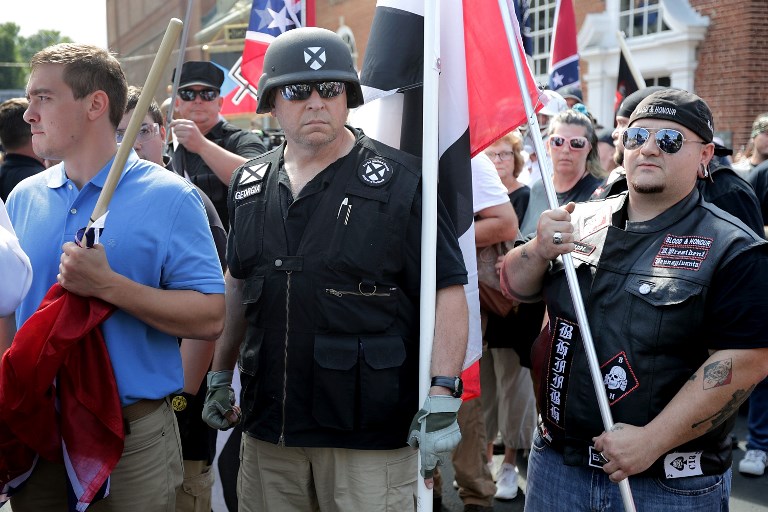 The Charlottesville rally ostensibly focused on the planned removal of a statue of Robert E. Lee, the general who led the south in the 1860s Civil War.

That attracted another alt-right type, southerners committed to preserving an idealized, heroic – and white – tradition of the South.

They reject the notion that the war was about slavery, and are fighting the elimination of symbols of that racist legacy, like the Confederate flag of the Lee monuments.

To Jason Kessler, a Charlottesville organizer of the rally, the statue’s removal represents “white genocide.”

Also taking part was the League of the South, which encourages white families to “secede” from “post-Christian culture in America,” and Confederate Riders of America, a biker group that says southern culture is “under attack.”

Alt-right rallies increasingly attract groups determined to pick fights, including the Proud Boys and the DIY Division, also called the Rise Above Movement. Both allegedly have roots in the violent neo-Nazi skinheads of the 1980s and white nationalist prison gangs.

But also taking part in Charlottesville were so-called patriot-militia groups.

There are some 165 of these across the country, according to the SPLC, well-armed but focused more on grudges with the government, regulations and taxes and less concerned about issues of race. Some actively seek members from minorities, and disdain neo-Nazi ideas as anti-American.

The most prominent of these groups is the Oath Keepers, formed by former members of the military to “defend the Constitution” with a strongly libertarian ideology.

Yet the presence of militia at alt-right rallies is worrisome. Some clearly have white-power leanings.

In 2014 and 2015, they appeared heavily armed at anti-police rallies in Ferguson, Missouri, appearing to many as a self-appointed force ready to repress African American protesters.

In Charlottesville, they came well-armed, in camouflage fatigues, wielding AR-15 assault rifles, also seemingly to protect the other hardline rightists.

Yet, according to Sunshine, they took no part in the violence, and moved away when fighting broke out. – Rappler.com