Facebook Twitter Copy URL
Copied
(UPDATED) Kenneth Dong, the alleged middleman in the P6.4-billion smuggled shabu from China, says he met the presidential son in 2008 but they are 'not close'

Kenneth Dong said he and Duterte are just “acquaintances,” contrary to reports.

“Nagkakilala kami (We met) way back in 2008 because I expanded my first branch of weighing scale in Davao. Acquaintance lang kasi hindi naman kami ganoon ka-close (Just an acquaintance because we’re not that close),” Dong said on Tuesday, August 15, during the 3rd Senate blue ribbon committee hearing on the controversy.

Dong is one of the middlemen of Richard Tan, a Chinese national who owns Hongfei Logistics, the importer of the shabu shipment.

Dong downplayed this and said he just likes taking photos in public.

Trillanes pointed to a photo of Dong with the Vice Mayor in a wacky shot which, the senator said, seemed to indicate they were more than acquaintances. Dong reiterated that he was not a close friend of the presidential son. 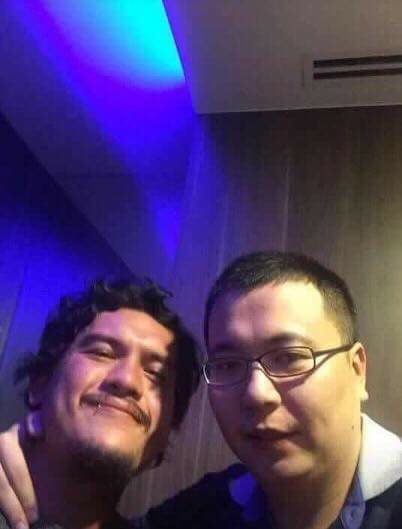 Malacañang earlier called the release of such photos part of “propaganda.”

Trillanes then said in Filipino, referring to detained Senator Leila de Lima, “There’s a senator in jail now because of photos.” He was referring to photos of De Lima with alleged drug lord Kerwin Espinosa and his wife in Baguio City sometime during the 2016 campaign, which the detained senator’s critics had used to link her to the drug trade.

Customs broker Mark Tagub earlier said in a House hearing that Vice Mayor Duterte is supposedly part of the “Davao Group” that is involved in smuggling and that has strong ties in the BOC.

During the Senate hearing, Taguba said there are 3 other people in the group, namely “Tita Nane,” “Jack,” and “Small.” Trillanes claimed “Small” is Davao City councilor Small Abellera Jr.

When asked about Paolo Duterte’s role, Taguba said it was “just hearsay” and that he had no personal knowledge on the matter.

Senator Manny Pacquiao, a close Duterte ally, cautioned Taguba against mentioning the presidential son’s name if he had no evidence.

Trillanes earlier said the brains behind the shabu shipment – the biggest in the country’s history by far – has close links to the government. He, however, refused to name them.

Trillanes showed 2007 documents anew – first released during the 2016 campaign – that showed the vice mayor’s alleged involvement in the smuggling of rice, sugar, used clothes, and expensive cars into his city.

President Rodrigo Duterte said he would resign if there was any evidence against his children’s involvement in corruption.