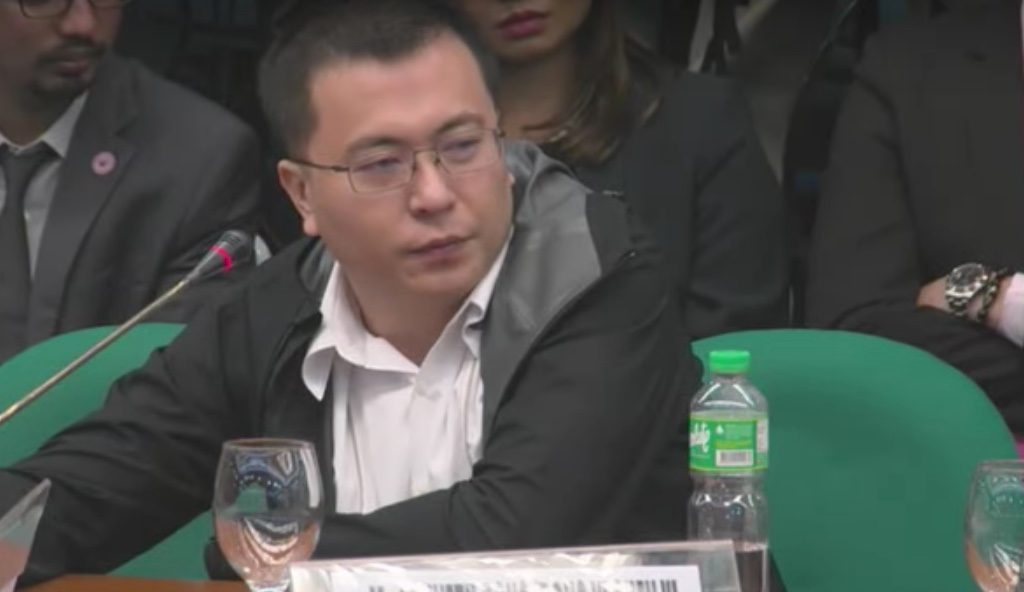 MANILA, Philippines (UPDATED) – The National Bureau of Investigation (NBI) on Tuesday, August 15, arrested the alleged middleman in the  P6.4-billion worth of smuggled shabu fron China, at the Senate for a rape case.

Dong was brought straight to the NBI following his arrest.

According to the first page of the charge sheet that Aguirre showed to the media, the crime of rape occurred on April 9, 2016. The justice chief said the woman is in her 30s, legally married, but separated.

LOOK: This is the arrest warrant issued vs Kenneth Dong for rape, issued on June 30 2017 | via @lianbuan pic.twitter.com/ijXPmrZHyu

The NBI’s Vicente de Guzman, who accompanied Dong to the DOJ on Tuesday, said they only found out about the arrest warrant against Dong recently.

“Considering that Dong is one of the resource persons in the Senate, we conducted a background check on the person and found out that he has a warrant of arrest,” De Guzman said.

When a court issues an arrest warrant, it is turned over to law enforcement authorities to serve the warrant. Other accused individuals, especially those facing bailable offenses, voluntarily surrender to the police and pays their bail. Rape is a non-bailable offense.

Asked why Dong did not surrender, his lawyer, Carla Frias, said it was because they had filed pleadings such as a motion to recall the warrant and a motion for redetermination of probable cause.

Asked why it took one and a half months to serve the warrant, Frias said, “You have to ask the law enforcement authorities that,” adding that her client never intended to hide.

The lawyer thanked the NBI “for being professional and handling the arrest in a humane way.”

On Monday, the NBI filed drug importation complaints before the DOJ against Dong, Customs broker Mark Taguba and 7 others.

Dong appeared before the Senate blue ribbon committee on Tuesday for the hearing on the shabu-smuggling incident.

During the hearing, Dong clarified that he was only an “acquaintance” of presidential son and Davao City Vice Mayor Paolo Duterte, who is being linked to smuggling. – with reports from Lian Buan/Rappler.com