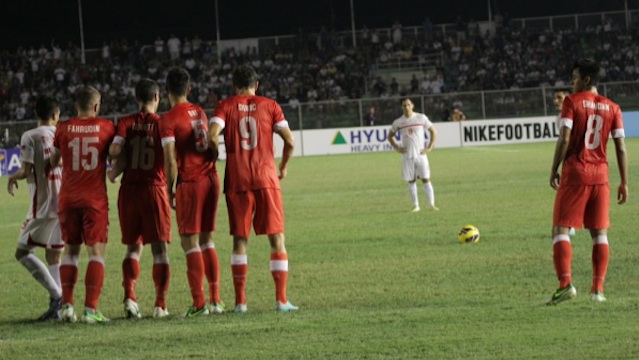 There were great hopes the Philippines would bring home the win, which made the loss, following the weekend KO of Manny Pacquiao, tougher for Filipino sports fans.  The Philippine men’s football team failed to make the finals of the Suzuki Cup for the second time in a row on Wednesday after Singapore defeated the Azkals 1-0.  The only goal of the game came in the 19th minute. This is the second time the Philippines made it to the semifinals but failed to advance.