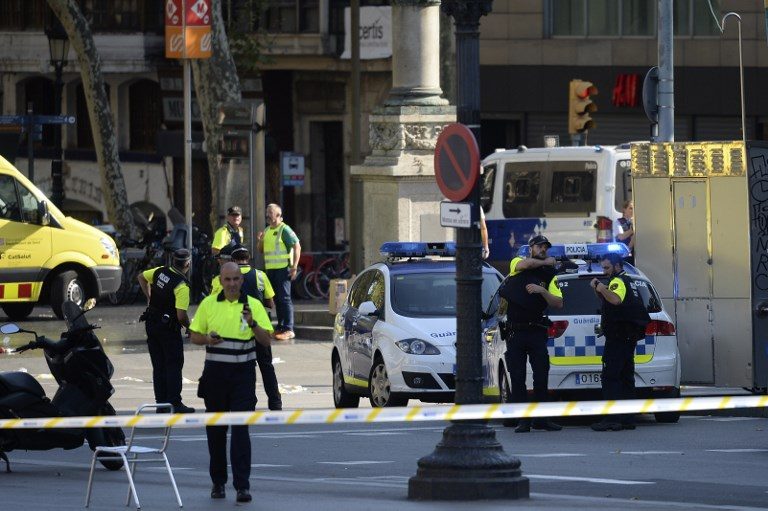 Barcelona is grieving after a van driver plowed into crowds of pedestrians on the city’s most popular street in broad daylight, killing 13 people in an attack claimed by the Islamic State jihadist group. Just hours later, 6 civilians and one police officer were also hurt when a car drove into people in the Spanish seaside resort of Cambrils in a similar vehicle attack.

Malacañang also vowed an “impartial” investigation into the simultaneous Bulacan raids that killed a record number of alleged drug offenders in a single day – just one day after President Rodrigo Duterte praised the police operations.

As for Duterte, Human Rights Watch continues to slam the President, demanding for a retraction of his threat to shoot human rights advocates so they would know what real violations are like.

Also in today’s wRap are updates on the Uber and LTFRB saga, a feature on the Gilas basketball team as it competes in the SEA Games, and an in-depth look at how the President is stifling press freedom by threatening ABS-CBN.

Here are the major stories you shouldn’t miss this Friday.

Authorities say 13 people died and another 100 were injured in what police are treating as a ‘terrorist attack,’ warning that the death toll could rise further. Spending on infrastructure is a bright spot for the economy in the 2nd quarter of 2017, but in a role reversal, it’s now the private sector and not the government that is lagging. The affected drivers should present proof of Uber accreditation and proof of insurance coverage. More than victories and prestige, the national team will endeavor to unite the country amid the ongoing Marawi crisis.