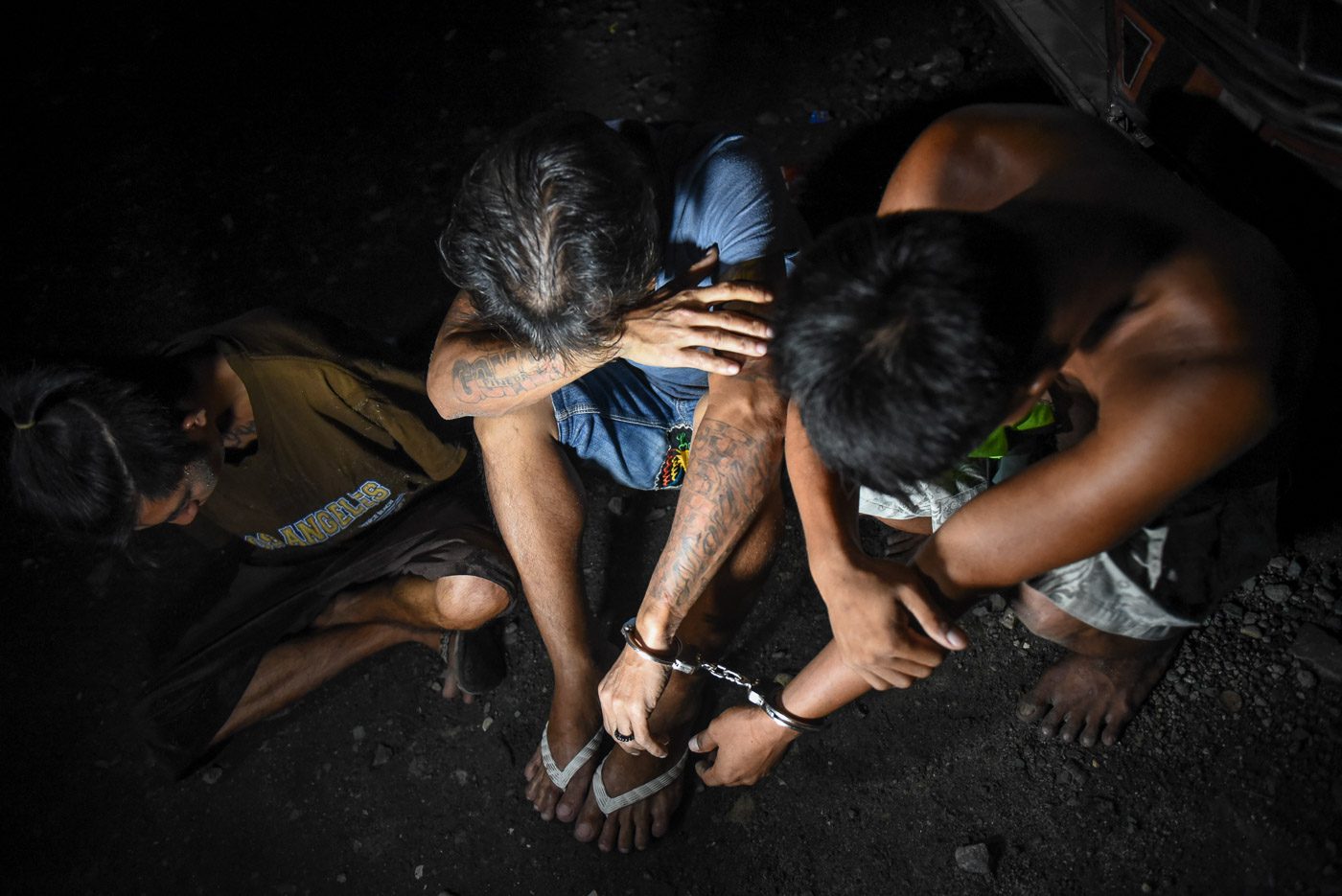 Facebook Twitter Copy URL
Copied
While no one is killed, 84 people are captured in the one-time, big-time operation against drug and crime suspects in Makati City

Despite the intensity of the operation with 150 cops deployed, no killing took place. (READ: Except for killings, all crimes drop in Duterte’s 1st year)

The simultaneous operations started from 8:30 pm and ended at 11 pm on the same day.

While no one was killed, 84 people were captured in this one-time, big-time operation.

Of this number, 27 were arrested:

Meanwhile, some 57 males were detained overnight for verification and validation. None of them were found on any drug or crime list.

The oldest of the detained was 58-year-old tricycle driver Danilo Naceno, and the youngest was Miguel Cagatan, a 15-year-old student. (READ: ‘Nakakadurog ng puso’: #JusticeforKian trends nationwide on Twitter)

Cops recovered 4 abandoned motorcycles and a Video Karera Machine — no drugs or firearms.

With the operation, Umayao warned drug and crime suspects to not even think of fighting back.

“Sa amin lang naman kung sa maaari lang…iwasan na ang panlalaban, at ang pagdodroga, dahil dadating ang event na mahuhuli rin sila,” Umayao said. (For us, if they can avoid fighting back and using drugs, they should avoid it, because we will catch them.)

(There are only two places that you will go to if you use drugs: prison or death if you fight back. Avoid fighting back because our operations will not stop.)

The deathless and drugless operation breathes fresh air to the grisly high-power drug swipes done in the region in the last 5 days.

Bulacan, Manila, and Camanava police killed at least 81 people in their own anti-drug operations.

These bloody drug swipes drew flak from lawmakers and the Commission on Human Rights, while President Rodrigo Duterte lauded the deaths, imagining more of these would benefit the country.

The operations are in line with the administration’s all-out war against drugs and criminality, which was promised to be unrelenting in its second year. – Rappler.com