MANILA, Philippines (UPDATED) – Customs broker and fixer Mark Ruben Taguba revealed on Tuesday, August 22, how the “friend and handler” of Davao City Vice Mayor Paolo Duterte helped him with his transactions with the Bureau of Customs (BOC).

Taguba, the broker involved in the P6.4-billion worth of smuggled shabu from China, said he first sought the help of a certain Jojo Bacud for his other shipments. But when Bacud allegedly encountered problems and could no longer help him, Bacud referred Taguba to a certain “Tita Nanie.”

Taguba said he first met with Tita Nanie in a mall in Quezon City. The latter supposedly told him that the Davao Group would help him with his shipments but he had to  pay a one-time “enrollment fee” of P5 million first. Other members of this group include a certain “Small” and “Jack.”

Taguba identified Small as Davao Councilor Nilo “Small” Abellera Jr. He said he met with Abellera and Jack at a Davao restaurant in January 2017 to pay the P5 million.

Senator Antonio Trillanes IV claimed that Abellera has close ties to Paolo Duterte and showed pictures to support this. 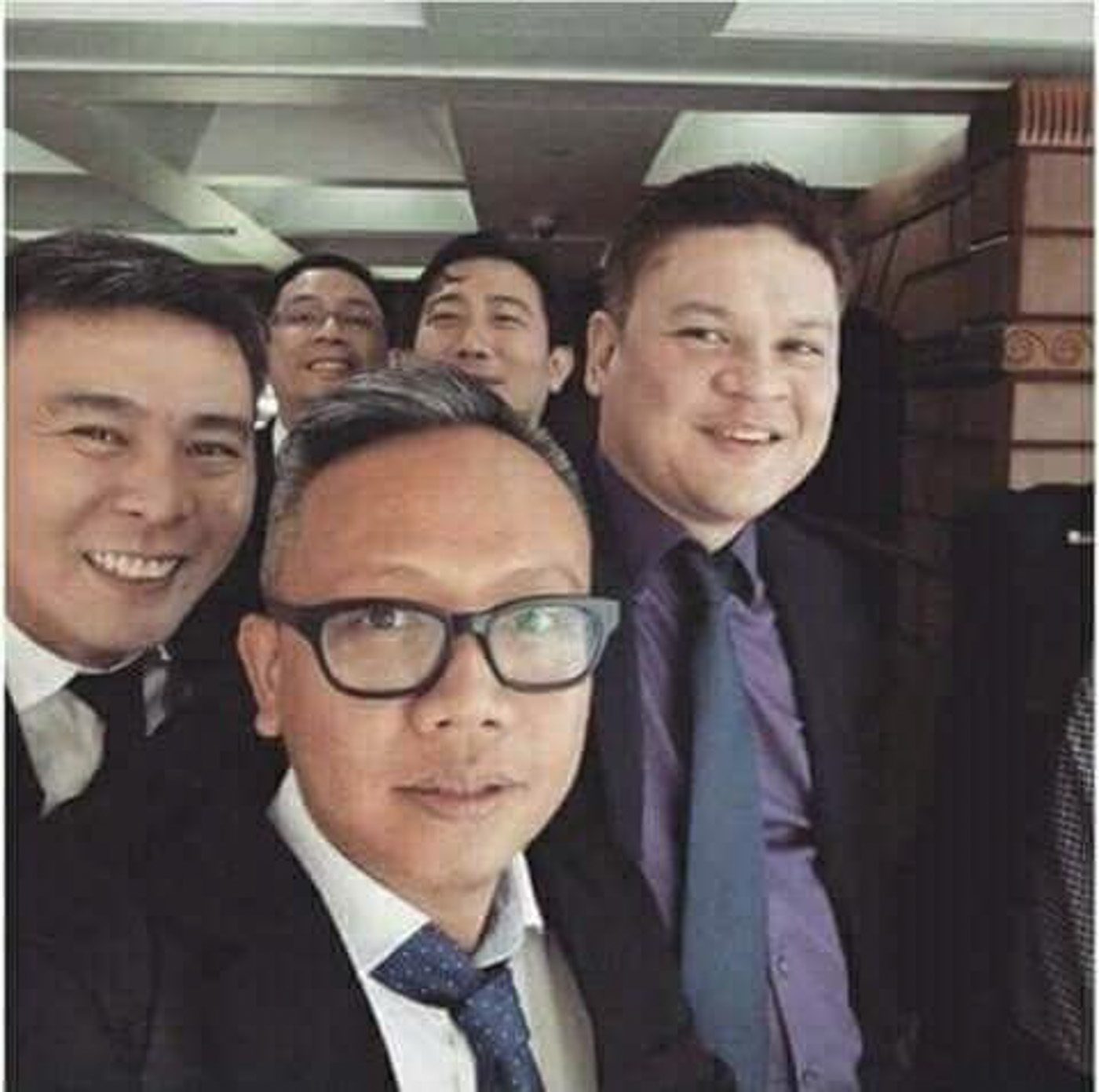 Senate blue ribbon committee chair Richard Gordon said the panel invited Abellera to the hearing but the Davao official could not attend due to “hypertension.”

During the hearing, Taguba read messages from Tita Nanie, who said Jack is the “handler of Paolo [Duterte]” and that Jack could arrange Taguba’s meeting with the presidential son. But Taguba said he had never met the Vice Mayor.

Reading a January 11 text from Tita Nanie, Taguba said: “Good am Marc [sic], will make final arrangement with Jack. He is the handler of Paolo. Now we have to advance the [money] so he can fly down to Davao to arrange your meeting with Pulong asap. During the meeting, you personally turn over the 5 million. Same manner you likewise turn over the [money] to Jack when we meet.”

Pulong is the nickname of the Vice Mayor.

Trillanes said Taguba’s statement is not hearsay and showed he has clear and direct knowledge about the young Duterte’s involvement in smuggling.

(To me, this is clear and not just hearsay – he dealt directly with Small Abellera, a known friend of Paolo Duterte and I’ve shown the pictures in that regard.)

(So the connection is very clear. He even gave P5 million as goodwill money so there was money changing hands. Let’s wait for the next hearing for Small Abellere, we will solidify those links.)

The next hearing is set on August 29.

On top of the P5-million enrollment fee, Taguba said he paid the Davao Group P10,000 per container. Taguba said he averaged 100 containers a week, amounting to P1 million. Jack, he said, would fly to Manila every Friday to get the money from him.

With the help of the Davao Group, Taguba said the BOC stopped tagging his shipments. Their smooth relationship went on for 3 months, until one day, Taguba said he received an alert for his shipment.

This prompted him to seek Tita Nanie’s assistance again because Jack stopped helping him. Tita Nanie then referred Taguba to another group, also supposedly based in Davao.

Taguba said this group includes a certain “Noel” and “Big Brother,” whom he called “General Capuyan.”

Trillanes identified him as Allen Capuyan from the Philippine Military Academy Class of 1983 and said he is assigned to Davao City. No further details about the supposed second Davao Group are available to date.

Gordon earlier said there is no evidence linking Paolo Duterte to the 604 kilos of smuggled shabu from China.

Documents from 2007, however, showed Paolo Duterte’s alleged involvement in the smuggling of luxury cars and used clothes, among others.

President Rodrigo Duterte earlier said he would resign if there is evidence to prove his children’s links to corruption. – Rappler.com