Politics and law in the middle of a drug war 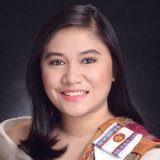 Facebook Twitter Copy URL
Copied
'Is the death of a seventeen-year old boy a product of the limits of our institutions? Or must we necessarily expand our understanding of how power works in Philippine society?'

The death of Kian delos Santos and thousands of others caught in the bloody drug war reveals a social symptom of the gravest degree.

In Duterte’s Philippines, where there is virtually an unchecked use of force, the State has effectively turned itself against the people.

Is the death of a seventeen-year-old boy – supposedly presumed innocent under the law – a product of the limits of our institutions?

Or must we necessarily expand our understanding of how power works in Philippine society?

Public good and the logic of State power

Any space where a spectrum of ideas flourish is a place for democratic engagement. Violence, as the ultimate negation of speech and action, has no place in a democratic order. As the reservoir of power, the State and its constitutional order are tasked with the protection of life and speech that adds value to society.

The monopoly of the legitimate use of physical force is a central idea in modern theories of the law and the State. In simpler, more contemporary terms, this concept suggests that the State sustains the upkeep of its institutions for society’s self-maintenance and preservation.

The State’s use of power, though, is limited by what maintains it: the rule of law. 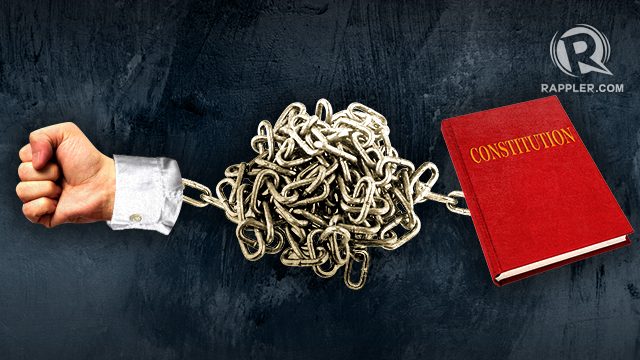 Underneath the fabric of society is a legal framework for the maintenance of peace and order. The logic behind it is quite intuitive and simple: for people to be able go after higher pursuits, they must first be assured with the liberty to do so. In exchange for enjoying this public good, citizens must give their fair share and abide by the ratified legal order.

The Philippine Constitution sets out the State principles, the powers of the three branches, and the accompanying rights of every citizen. We have no shortage of legal principles, as well as well-settled legal doctrines, where the value of life is sought to be preserved and enhanced.

So how come in today’s Philippine society, it seems that the rules have changed and the people are caught up in tangled webs of power and consequences? What happens when the State itself enforces violence outside the bounds of the legal order? Do we abandon ship and lose all hope in our legal institutions?

The delicate dance of law and politics

At this point, a reconciliation of legal and political perspectives must be in order as we find ourselves right smack in the middle of a crisis between our legal institutions and our political values.

We must begin our search for answers not in the pure vacuum of cool legal reason, but in the hot, messy world of politics. Any attempt at understanding the rise of figures like Rodrigo Duterte and the support for his drug war will be done a disservice if the social forces that drove their ascent are to be dismissed offhandedly. The rising body count is a critique of our social dynamics as much as it is a critique of the formal institutions of power.

A striking image that has made the rounds online in the past few days is that of Kian himself wearing a Duterte campaign shirt, all smiles as he showed support for his family’s president. The photo portrays the complex currency behind each vote.

In poverty-stricken pockets of Philippine society, a vote is a strategic, political choice as much as it is the exercise of a legal right. Hopes and dreams pinned on our politicians are themselves informed by a wide spectrum of social and economic factors.

The response demanded by the social crisis of the highest order brought about by the drug war is a reconciliation of politics and law. Legal practitioners must view their obligation to support the Constitution and the rule of law as necessarily political. On the other hand, the political reaction must be guided by principles of law.

The remedies of the law must work hand-in-hand with political conscience. Only then can we begin to work our way out of one of the longest nights of our nation. – Rappler.com

Ross Tugade is a lawyer and independent researcher