After KO, Pacquiao in hot water over aides 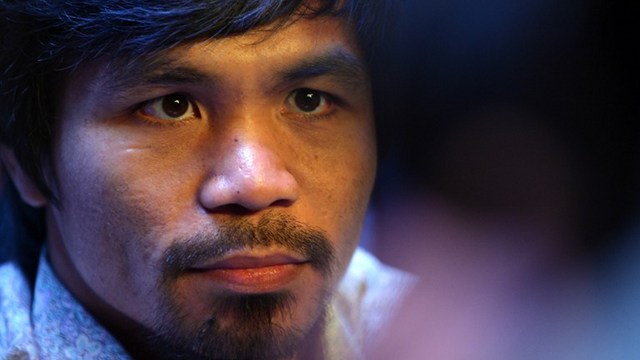 The National Union of Journalists of the Philippines has asked Manny Pacquiao to take action against his aides who reportedly assaulted Getty-Images photographer Al Bello when he was trying to take photos of a knocked out Pacquiao in Las Vegas on December 9 (Manila time). The NUJP said Pacquiao’s trainer, Buboy Fernandez, and his adviser, Michael Koncz, were allegedly incensed by Bello’s attempts to take photos of Pacquiao knocked out on the canvas, in his fight against Juan Manuel Marquez. Photos from Yahoo! Sports show Koncz grabbing Bello by the shirt and Fernandez going after him at ringside, even after Bello had left the area. Bello said the pair punched and kicked Bello. “It is clear that Bello was merely performing his obligations as a photojournalist and, besides, had every right to take pictures of the fallen Pacquiao,” the NUJP said. “Koncz and Fernandez had absolutely no reason to attack him and their doing so was actually in the nature of a criminal act, just as Pacquiao’s trainer Freddie Roach had no right to order Bello to stop taking photos, although Roach later apologized for doing so, according to the photographer,” it added.