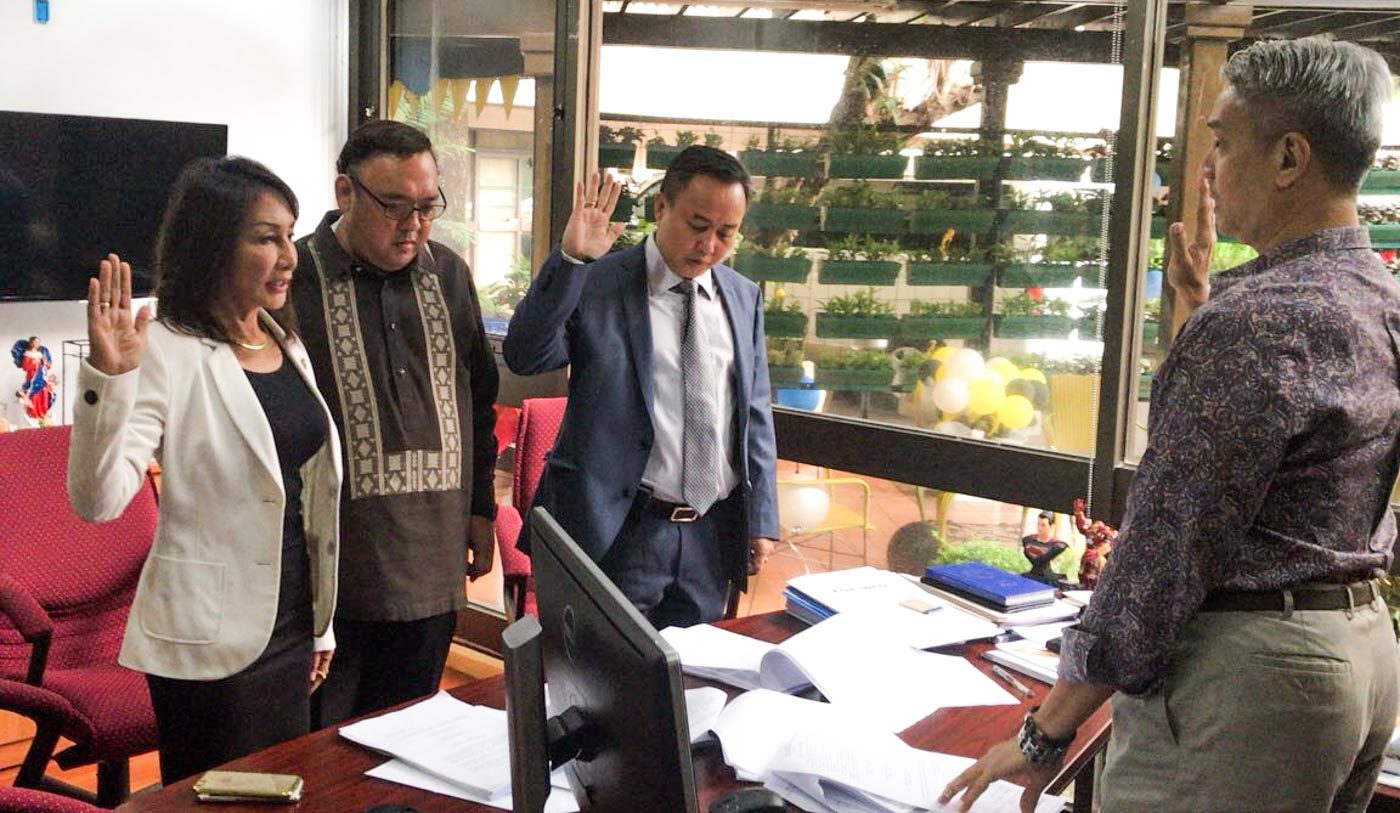 MANILA, Philippines – With a “replica whip” in tow and 3 legislators to back them up, lawyer Ferdinand Topacio and former Negros Occidental Representative Jacinto Paras filed on Wednesday, August 23, an impeachment complaint against Commission on Elections (Comelec) Chairman Andres Bautista.

Now a verified complaint, it will soon be included in the House’s order of business, and later tackled by the committee on justice.

Bautista has been accused by no less than his wife, Patricia, of allegedly failing to declare certain properties and assets in his State of Assets, Liabilities, and Net Worth (SALN).

The complainants want Bautista out of his post for supposedly betraying public trust when he failed a hacking incident in 2016 and for allegedly failing to be truthful in his SALN.

Roque earlier said he was inclined to endorse the complaint so long as it passes the standards of House Majority Leader and Ilocos Norte 1st District Representative Rodolfo Fariñas – that allegations made in the complaint are based on first-hand knowledge.

The party-list representative said he has spoken to Patricia Baustista’s legal team and has gotten the assurance that she will attend hearings and present document when the time comes. – Rappler.com