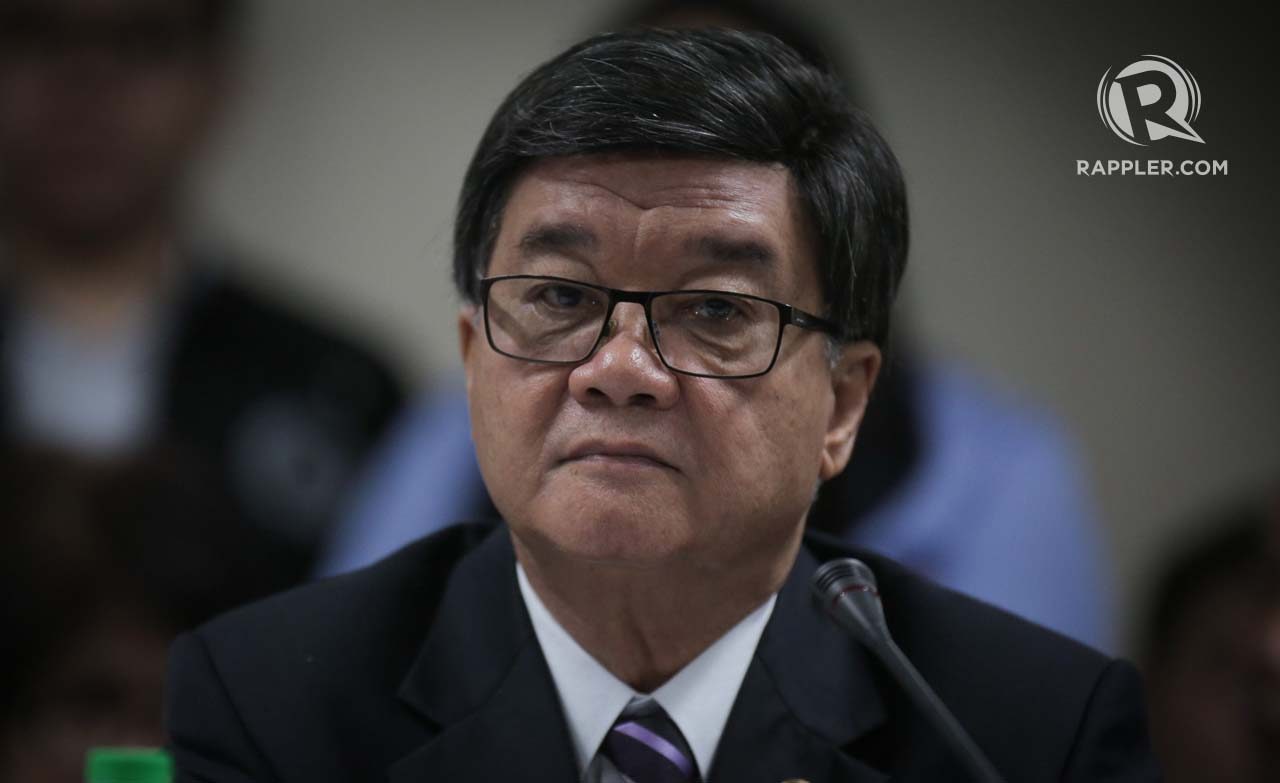 MANILA, Philippines – Justice Secretary Vitaliano Aguirre II on Wednesday, August 23, said the case of slain 17-year-old Kian delos Santos was overblown and that the government’s war on drugs, as in any war, is expected to have collateral damage.

“Blown out of proportion in the media [ito] kaya akala mo napakalaki na. Isa lang siya sa thousands na pang-aabuso ng pulis kung talagang may pang-aabuso,” Aguirre said during the budget hearing of the Department of Justice (DOJ) at the House of Representatives.

(This has been blown out of proportion by the media, that’s why you think it’s such a big issue. He’s only one of the many thousands abused by the police if indeed there was abuse.)

Aguirre would later say in the hearing that Delos Santos’ case is isolated because, according to him, it is the only case where it is clear that the killing was intentional. (READ: ‘Nakaluhod tapos nasubsob’: How Kian was shot, according to PAO)

Aguirre added that any war would have collateral damage. (READ: How Kian delos Santos was killed, according to police)

The justice secretary went on to criticize the groups which have condemned Delos Santos’ killing, hitting them for blaming President Rodrigo Duterte.

The questioning of House members got intense when it was the turn of leftist lawmakers – Kabataan Representative Sarah Elago and ACT Teachers Representative Antonio Tinio.

In the course of Elago’s questioning on the DOJ’s actions so far on extrajudicial killings linked to the war on drugs, Aguirre went on the offensive.

(Why are you not angry over the massacre in Bulacan? Some groups are so partial. For them, President Duterte is so evil.)

Elago said Aguirre’s statements worried her, which only riled up Aguirre even more.

At that point, Tinio spoke and said he felt alluded to by Aguirre’s statements, as he is among the activists seeking justice for Delos Santos. (READ: Kian delos Santos tests negative for gunpowder)

(No one rallied against the massacre in Bulacan because we trust that the government will ensure that justice is served. In Kian’s case, the ones who killed him are cops who we are supposed to have trust in.)

Tinio added: “Iniuugnay ‘nyo kami sa dilawan. Huwag po. Idikit ‘nyo po ako sa pulahan, hindi sa dilawan.” (You are associating me with the yellows. Don’t do that. Link me to the reds, not to the yellows.)

Tinio had to be asked to cut his questioning for orderly procedure.

When things calmed down, Albay 1st District Representative Edcel Lagman told Aguirre, “It is not right that you come here asking for budget but you castigate House members who ask valid questions.”

The proposed P17.2-billion budget of the DOJ and its attached agencies for 2018 eventually passed the level of the House appropriations committee on Wednesday. – Rappler.com