Peter Lim shows up at DOJ on prosecutor’s orders 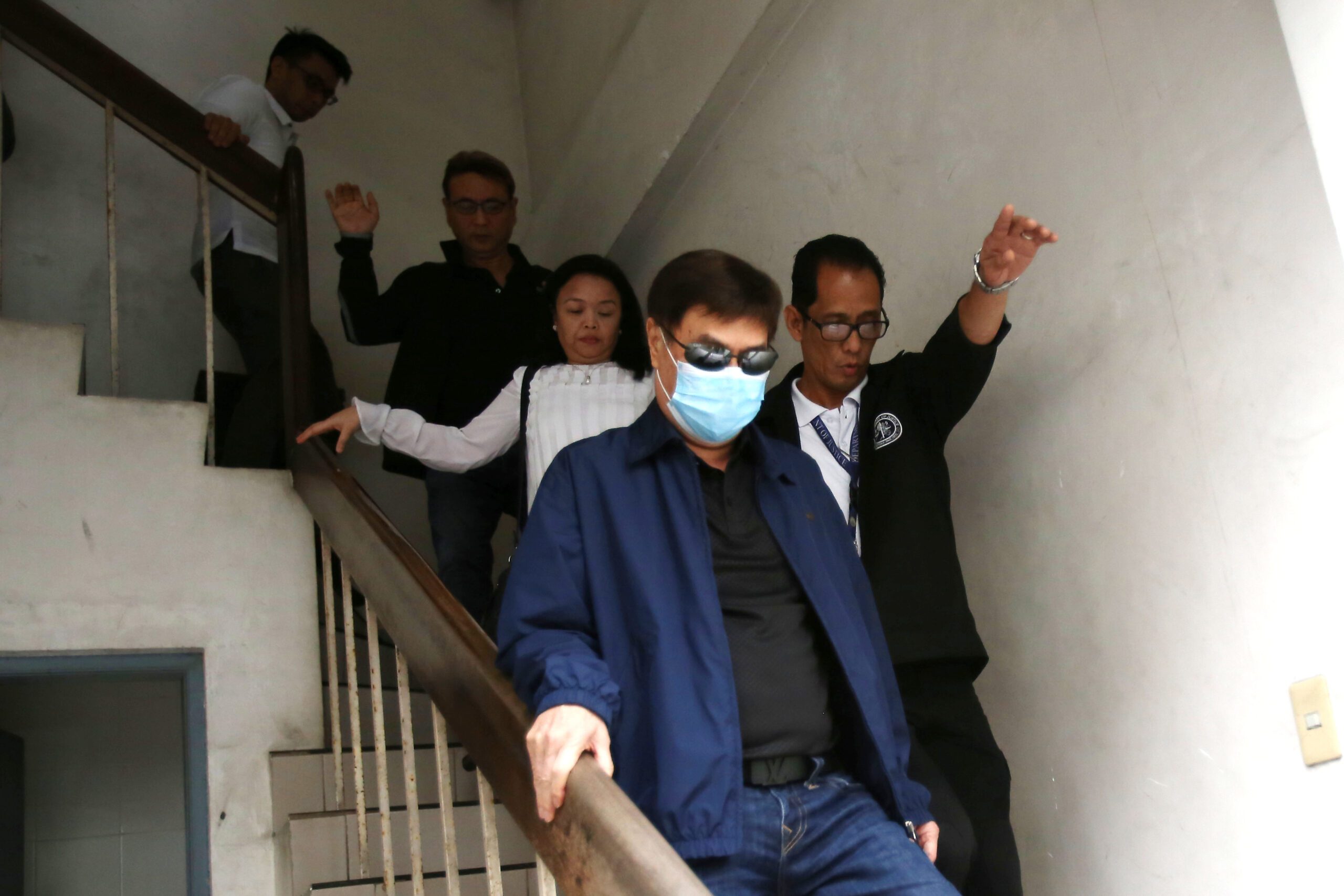 MANILA, Philippines (UPDATED) – Alleged drug lord Peter Lim showed up at the Department of Justice (DOJ) late afternoon on Thursday, August 24, after a state prosecutor said he would not accept Lim’s counter-affidavit if the businessman does not personally appear.

Lim’s counter-affidavit claims it “would have been physically impossible” for him to meet alleged Eastern Visayas drug lord Kerwin Espinosa, according to his lawyer Magilyn Loja.

Thursday’s hearing was the second since a complaint was filed against Lim. More than a year ago, President Rodrigo Duterte named him a drug lord from the Visayas. Lim snubbed the first hearing on August 14.

Lim was not at the morning hearing on Thursday, as Loja claims it was sufficient that her client subscribed to his counter-affidavit before a city prosecutor in Manila.

Prosecutor Aristotle Reyes insisted that as the investigating prosecutor, he needed to personally examine the affiant, who is Lim.

A counter-affidavit needs to be subscribed to personally by the affiant. Loja said Lim took his oath before Prosecutor Antonio Valencia of the Manila City Prosecutor’s Office on August 22.

“Remember that in the rules, it states a prosecutor, it does not make a distinction, whether state, city or investigating, prosecutors all have the same authority,” Loja told reporters after the hearing, scheduled to resume on September 6.

Loja insisted repeatedly that her client complied with all the rules.

But by the end of the hearing, Reyes said: “I already made a ruling, it’s up to you to file whatever pleading you want.”

“I have to report to my client as to what transpired today. At the end of the day, it will be his decision. But what I’m standing pat on is that we tried to submit but was rejected a counter-affidavit ad tautelam which is very much compliant with the rules of court,” Loja said after the morning hearing on Thursday.

The Manila City Prosecutor’s Office where Lim went is near the DOJ headquarters on Padre Faura in Manila.

“It would not be under the eyes of the camera, it would not be under any security, I mean, for the other respondents. Present right now is a number of people, access to this place is available to anybody. Unfortunately, the panels are unable to appreciate the fear that my client has for the safety of him and his family,” Loja said. 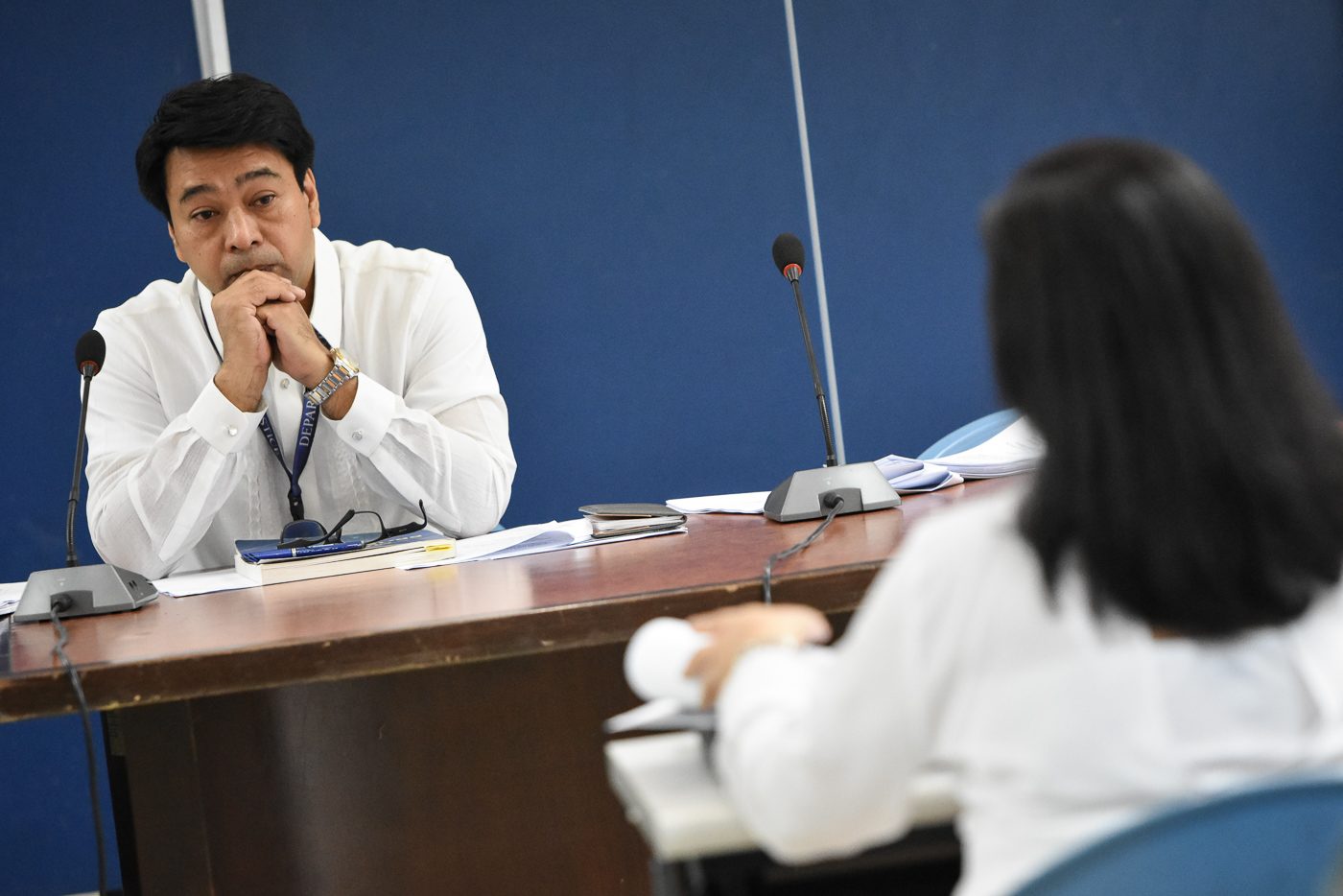 A police complaint filed against Lim accuses him of the non-bailable charges of drug conspiracy and trading. Lim was named by Marcelo Adorco, who was arrested in a drug buy bust in 2016 and said he works for Kerwin Espinosa and that their group was supplied with “staggering amounts of shabu” by Lim.

In the complaint, Adorco said he transacted 20 kilograms of shabu with Lim in February 2013. They allegedly transacted 4 more times in 2014 inside Cash and Carry in Makati City.

In 2015, Lim allegedly delivered 50 kilograms of shabu to the Espinosa group. Lim, Kerwin, and Adorco supposedly met in Thailand prior to the transaction.

“He never met Adorco, he never met Kerwin whether in 2014 or 2015 or June 4, 2015, he never met. It would have been physically impossible for him to meet because he was never in Bangkok,” Loja said.

The complaint filed before the DOJ also says Lim is the same Peter Go Lim who met with President Rodrigo Duterte in July 2016 after the President named him a drug lord. (READ: Is he top ‘drug lord’ Peter Lim? 9 things about the Cebu businessman)

Present in the hearing were other respondents in the complaint – Espinosa, who is detained at the National Bureau of Investigation (NBI), drug convict Peter Co detained in Bilibid, and Adorco.

Lovely Impal, also a respondent in the complaint and supposedly the supplier of drugs in Iligan, was excused to appear in Thursday’s hearing because she was appearing before the Iligan City Regional Trial Court on the same day. – Rappler.com