In times of crises, be accountable for your stories – veteran journalists 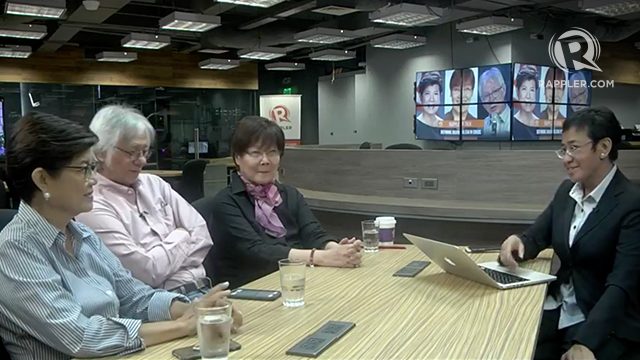 Facebook Twitter Copy URL
Copied
'Don’t make excuses for the mistakes that you made. Because once you do that, you are caught in a spin,' says respected journalist Cheche Lazaro

MANILA, Philippines – Transparency and accountability are values that journalists must uphold in trying times.

These were the same values that veteran journalists Tina Monzon-Palma, Cheche Lazaro, and Vergel Santos turned to when they faced crises in their respective careers. The 3 journalists shared their insights on journalism in a Rappler Talk interview on Thursday, August 24.

According to Rappler editor-at-large Lazaro, accountability must be the “overarching characteristic” in every journalist. (READ: In a time of trolls, PH journalists urged to ‘come together’)

“Take responsibility for what you said, what you did, for the story that you put out in the air. And if you are wrong, accept it, and don’t paper it all over,” said Lazaro, the founder of Probe Productions.

“And don’t make excuses for the mistakes that you made. Because once you do that, you are caught in a spin, in a web of lies that you need to keep on manufacturing to keep yourself afloat. But the moment you say it’s my fault, that ends the whole controversy,” she added.

Monzon-Palma, who anchors ABS-CBN News Channel’s evening newscast The World Tonight, recalled the time she resigned from GMA-7 in 1991 over a mistake in a live newscast.

At the time, Monzon-Palma was handed a note saying Maureen Hultman had died. Hultman was wounded when Claudio Teehankee Jr shot 3 young people in Dasmariñas Village in Makati in 1991.

Thinking the note was verified, Monzon-Palma read its contents during the newscast. The news team later found out it was a false report. The incident prompted Monzon-Palma to resign, even if other staff members were already fired because of the gaffe.

“It shattered my whole being. You make a mistake, you are the face, you are the boss. And this is the life of a woman and the family must have been [experiencing] all of these even in a comatose situation of their child,” said Monzon-Palma.

“The values that drove me there was when you make a mistake, you own up to it. You are responsible for that network. You are accountable,” added Monzon-Palma, who went on a one-month retirement before joining TV 5.

The fearless Monzon-Palma has kept her credibility intact since then, even receiving the Gawad Plaridel 2017 award from the University of the Philippines College of Mass Communication. (READ: FULL TEXT: Media’s role in a post-truth age)

Santos also reminded journalists to stand by their principles and fight censorship. (READ: ‘Fake news’ is not journalism)

“I’ve never known anyone coming to me offering a compromise, you know? It’s probably because I have an all-too simple understanding about the job I’m doing. So that I didn’t even give anyone a chance to see whether one was offering a decent or reasonable compromise,” said the chief of Center for Media Freedom and Responsibility.

He mentioned the time he left his post as publisher of BusinessWorld before the Manny V Pangilinan Group bought the newspaper.

“Immediately knowing about the power taking over, I wrote immediately a letter of resignation effective on the day of the takeover. It was clear to me that this was an end of an era and I would have problems working with the owners,” said Santos.

He said he wouldn’t want the owners to meddle with his editorial judgement.

“I didn’t want to complicate things for myself. And I didn’t think journalism could be complicated enough. It’s simple: Journalism is putting out an occurrence of public interest. By public interest I mean in the interest of the community in which journalism works in,” said Santos.