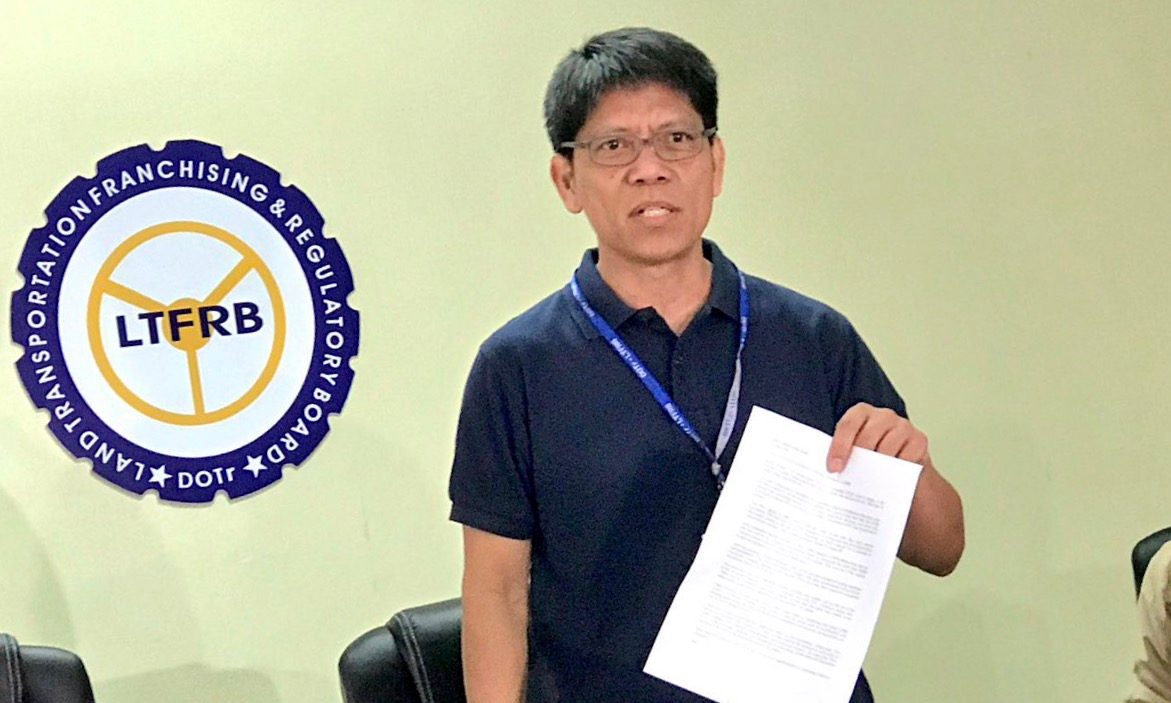 Facebook Twitter Copy URL
Copied
(UPDATED) The LTFRB bases the fine on the daily earnings of Uber, which it estimates to earn between P7 million and P10 million per day by servicing at least 150,000 trips a day

MANILA, Philippines (3rd UPDATE) – The Land Transportation Franchising and Regulatory Board (LTFRB) announced Friday, August 25, it is asking Uber to pay P190 million ($3.7 million*) to lift the suspension order against it.

The fine will go straight to the national treasury. (READ: TIMELINE: Why only Uber is suspended)

The LTFRB based the fine on the daily earnings of Uber, which it pegs at between P7 million and P10 million per day through at least 150,000 trips a day.

“The amount is arrived at by taking into consideration the number of days that respondent should be suspended in relation to the daily average income,” the LTFRB said in its order.

Uber was suspended starting August 15 – it has already been suspended for 11 days, with 19 days to go. With its maximum earnings pegged at P10 million multiplied by the remaining days, the LTFRB asked for P190 million.

Despite this computation, Uber can only pay on Tuesday, August 29, with the LTFRB closed on weekends and holidays. There is no work on Monday, August 28, National Heroes’ Day.

The LTFRB added that until Uber pays the fine, the transport network company (TNC) should continue providing assistance to its drivers. (READ: Uber to give financial aid to its drivers)

Uber had been suspended after it repeatedly defied the regulatory board’s order to stop taking in new drivers into its system. (READ: What’s the fuss about the Grab, Uber regulation issue?)

The suspension angered commuters and halted the livelihood of drivers who pick up rides through the TNC’s app. These drivers were later on allowed to switch to Uber’s competitors Grab and U-Hop in the meantime.

Uber asked the LTFRB to convert the suspension into a fine instead, thus the hefty amount.

Read the full order below.

Senate Grace Poe, who chairs the committee on public services, immediately issued a statement that welcomed the LTFRB decision.

“I welcome the decision of the LTFRB to penalize Uber with a fine instead of having it serve the remainder of its 30-day suspension. The payment of a hefty P190 million penalty as a pre-condition before it can resume operations should be enough to make Uber rethink its actions and reevaluate its strategy in testing the extent of government regulations. Likewise, I welcome the P20 million financial assistance Uber has to pay its drivers daily, which also serves as a form of penalty,” she said Friday evening.

She was “disappointed,” however, that the order came too late on Friday, depriving Uber the chance to immediately pay. The next work day will be on Tuesday, August 29, yet.

“It is frustrating to think that we have a long weekend ahead of us and people will have to suffer the inconvenience of having limited transportation choices in going around the Metro with their families. How will Uber be able to immediately comply with the LTFRB decision given that banks are closed during the weekend?” Poe said.

“If the LTFRB had allowed Uber to operate right away, then this could have served as a great relief to our people, most of whom rely on TNVS due to the comfort, reliability, and safety they provide.”  – Rappler.com