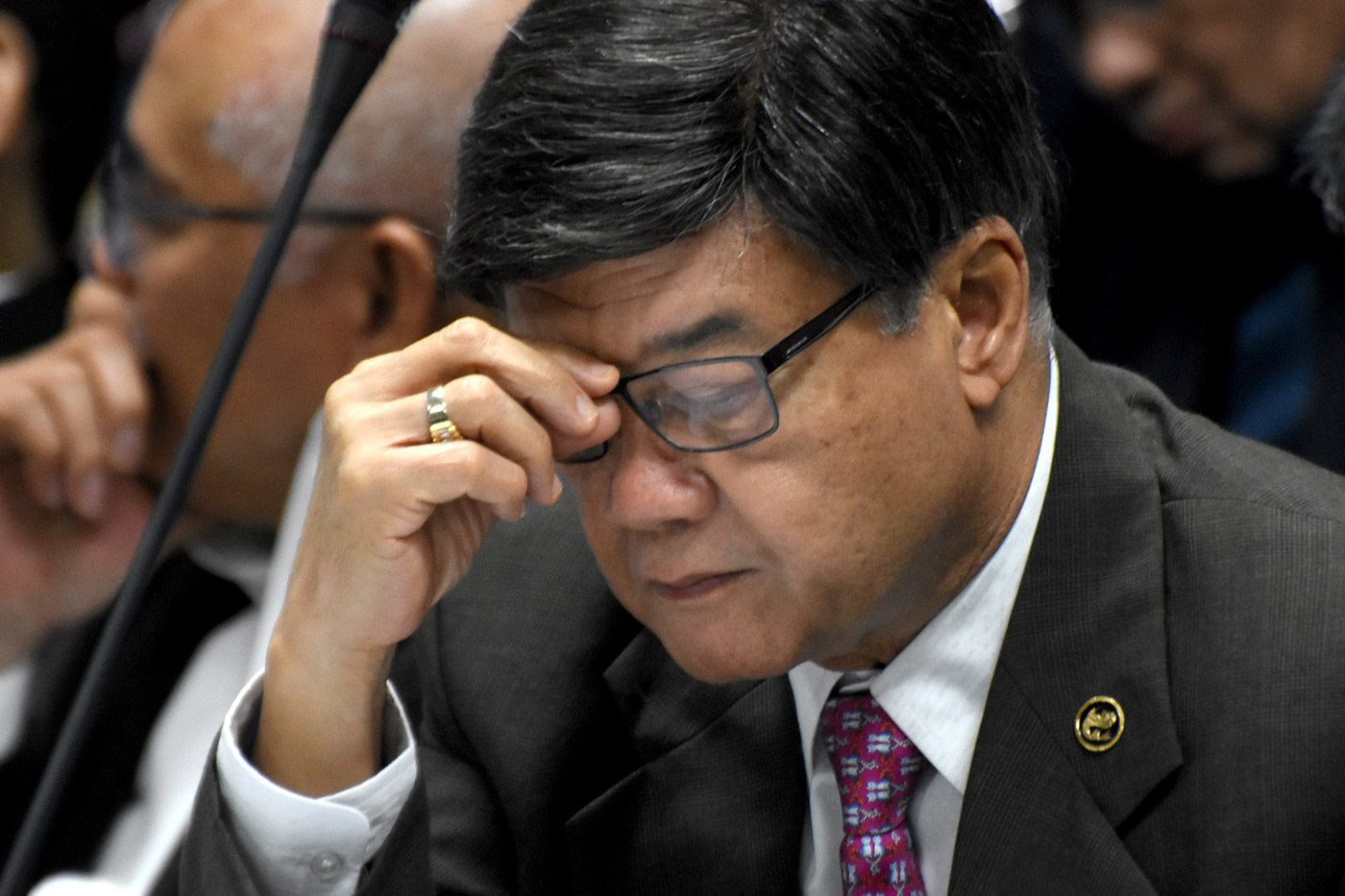 MANILA, Philippines (UPDATED) – Justice Secretary Vitaliano Aguirre II said on Wednesday, August 30, that it is the Department of Justice (DOJ) which has the authority to prosecute the murder complaints against Caloocan City policemen who killed teenager Kian delos Santos during a drug raid on August 16.

This was a response to Ombudsman Conchita Carpio Morales’ announcement on Tuesday, August 29, that her office already started a fact-finding investigation into the Delos Santos case. It is being handled by the Office of the Ombudsman’s Military and Other Law Enforcement Offices (MOLEO).

But according to Senator Franklin Drilon: “The Ombudsman has confirmed that she has concurrent jurisdiction with the DOJ insofar as Kian’s killing is concerned. But, because of the memorandum of agreement (MOA), it’s the DOJ that’s assuming jurisdiction.”

The MOA Drilon was referring to is a 2004 agreement which states that the two agencies have concurrent jurisdiction over cases involving public officers. Under the MOA, the DOJ can endorse cases to the Ombudsman. (READ: Can the Ombudsman take over Kian case?)

Student leaders had filed a petition on Tuesday, asking the DOJ to let go of the probe altogether.

Activist priest Fr Robert Reyes said the petition was to put pressure on Aguirre to let the Ombudsman handle the case.

“Matters of voluntary inhibition are best left to the sound discretion of the investigating prosecutor, which in this case, is the Office of the City Prosecutor of Caloocan. Presently, there appears no just or valid reason to extricate the case from the local prosecutor, and that there appears no apparent miscarriage of justice at this stage,” Aguirre said.

Aguirre’s statement on Wednesday contradicts the pronouncement of Public Attorney’s Office (PAO) chief Persida Acosta that Delos Santos’ case should be handled by the DOJ prosecutors and not Caloocan City prosecutors because of allegations that Assistant Prosecutor Darwin Cañete is prejudiced against the slain teenager.

Reached for comment, Acosta insisted the case should be handled by DOJ prosecutors.

Justice Undersecretary Erickson Balmes later clarified that Aguirre’s statement merely discussed proper procedure, under which the case should have been filed before the Caloocan City Prosecutor’s Office.

“Since dito po sa DOJ na-file (since it was filed here at the DOJ), [the] Prosecutor General can issue [an] Office Order creating [a] panel of 3 state prosecutors to resolve,” Balmes said.

Aguirre was criticized for saying the Delos Santos case is isolated and was just blown out of proportion, but the justice secretary maintained that he is impartial.

“I even mentioned that despite the numerous killings, no other case has uncovered the abuses committed by some policemen like the case of Kian. Evidently, the only bias in my language, if any, is in favor of facts arising from an ongoing investigation,” he said.