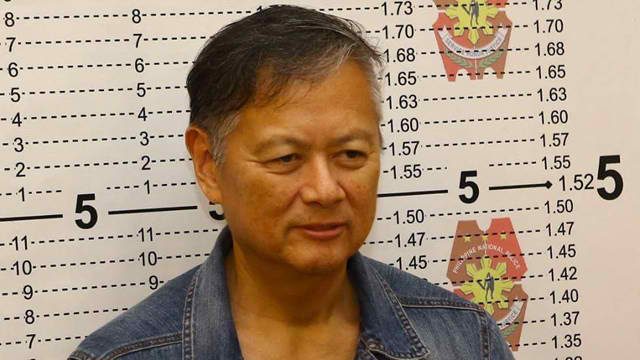 Facebook Twitter Copy URL
Copied
'He chose to intentionally and willfully ignore his responsibilities and conveniently relied only on the recommendation of the mining regulatory board,' says the Sandiganbayan

MANILA, Philippines – Former Palawan governor Joel Reyes was convicted of one count of graft and sentenced to 6 to 8 years in prison over an illegal small-scale mining permit in Puerto Princesa in 2006.

The Sandiganbayan 3rd Division, however, acquitted Andronico Baguyo, who was a provincial mining officer in Palawan during Reyes’ time.

“Accused Andronico Baguyo is acquitted of the crime charged for failure of the prosecution to establish his guilt beyond reasonable doubt,” said the decision penned by Associate Justice Sarah Jane Fernandez, with concurrences from Presiding Justice Amparo Cabotaje-Tang and Associate Justice Bernelito Fernandez.

Reyes was charged in 2011 for issuing a renewed small-scale mining permit in April 2006 to Olympic Mines and Development Corporation (OMDC), despite the company’s violations.

According to the charge sheet, the new permit which covered April 2006 to April 2008 was issued even if the original permit was still valid until November 2006.

The renewed permit allowed OMDC to further mine and extract ore, even though at the time of renewal, it had already extracted its allowable amount of ore for the year.

The renewal was also issued despite OMDC’s violations, including the use of heavy equipment in mining operations.

“He claims that his reliance on the foregoing agencies’ favorable recommendation negates manifest partiality, evident bad faith or gross inexcusable negligence in the performance of his duties,” the court decision read.

Reyes also argued that OMDC may not have been using the heavy equipment seen at the site. There was a possibility, he said, that they were “being utilized by other mining companies.

“However, the records do not show that there are other mining companies operating within the barangay,” stated the Sandiganbayan.

The court also said Reyes could have “easily gathered information” on OMDC’s violations.

“Such failure by Reyes to comply with the requirements of the law amounts to gross inexcusable negligence,” said the Sandiganbayan. “Reyes cannot feign ignorance of the exhaustion of its privilege by OMDC.”

The court added: “He chose to intentionally and willfully ignore his responsibilities and conveniently relied only on the recommendation of the mining regulatory board.”

Baguyo, at the time, was Mining Operations Officer IV and Head of the Provincial Mining Regulatory Board Technical Secretariat.

“The Court scoured through records but saw no evidence other than the Ombudsman decision that would show that the matter was referred to the technical secretariat,” the decision said.

Even though Baguyo’s signature appeared on the certification of the permit, “there is no indication that he participated in the preparation and issuance.”

The Sandiganbayan also ruled there was no conspiracy.

Reyes is in jail over murder charges for the killing of radio broadcaster and environmentalist Gerry Ortega.

He is also facing separate graft charges over the alleged misuse of P1.5 billion in Malampaya funds.

Last May, Reyes was acquitted of graft over anomalous purchases in Palawan related to the fertilizer fund scam. The case was dismissed because of inordinate delay. – Rappler.com