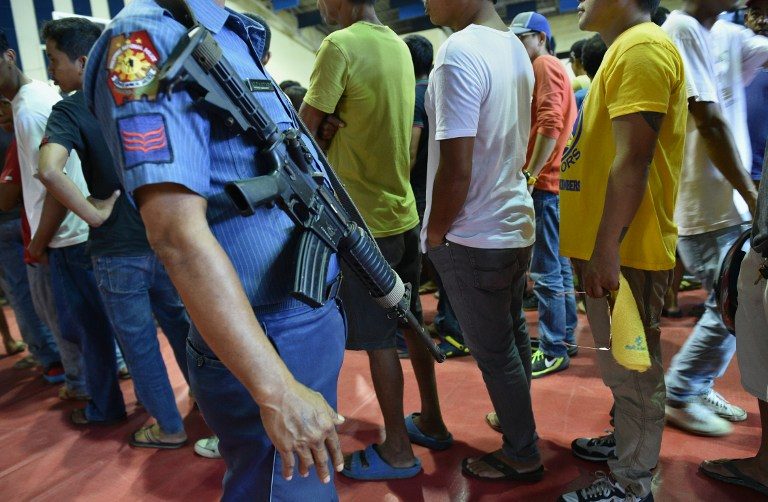 MANILA, Philippines – Members of urban poor communities filed a case against the police for supposedly forcing them to undergo drug testing as part of their operations.

Representing some 32 petitioners from Barangay Payatas and Barangay Laging Handa in Quezon City, the National Union of People’s Lawyers (NUPL) filed the case before the Quezon City Regional Trial Court on Wednesday, August 30.

NUPL said that the conduct of “compulsory survey” and “coercive drug testing operations” is illegal and violates the right against self-incrimination.

“[There is no] clear policy or plan on what to do with those correctly or incorrectly found to have traces of drugs through the crude and unreliable instant tests,” said the NUPL in a statement.

“The only reason for drug testing then is nothing more than to add new names to the list of those to be harassed or summarily executed,” it stressed.

In filing the petition, the NUPL also cited that the conduct of the police operations is against the right to privacy, unlawful searches and seizures and the Miranda rights or the right to silence until represented by a lawyer.

“These illegal police operations clothed with many disguises and which use perfidious methods to justify them gnaw at our people’s basic rights,” said the NUPL.