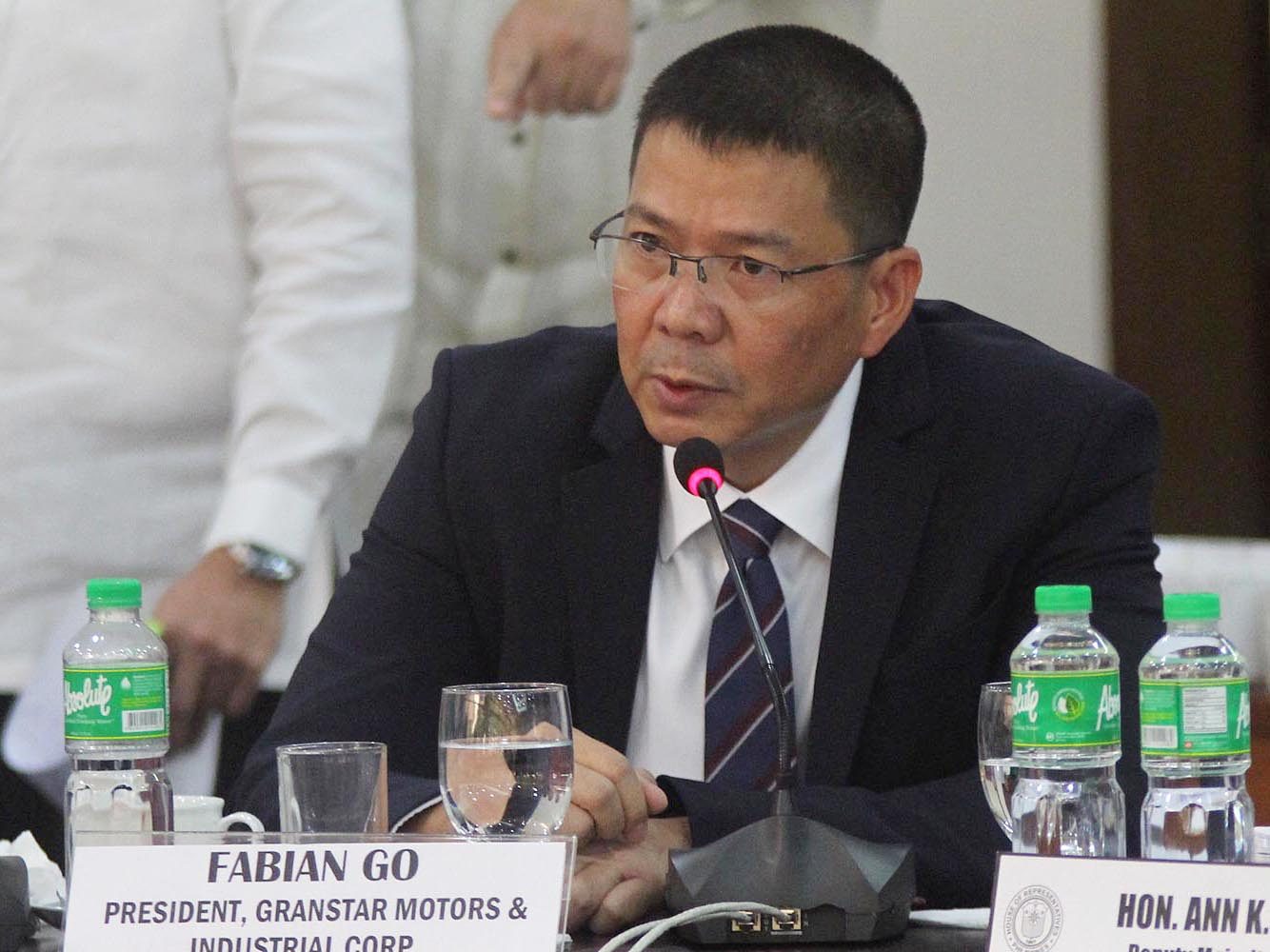 Facebook Twitter Copy URL
Copied
Despite meeting the couple Imee Marcos and Mark Chua, businessman Fabian Go claims he had no idea he was selling the vehicles to a local government

The vehicles were all paid for promptly. That was his last transaction for that particular brand from China.

So it was a huge surprise for Go – or so he claims – when some time during the second week of April 2017, he was “advised” by Chua and his girlfriend, Ilocos Norte Governor Imee Marcos, of a congressional investigation into the purchase of the vehicles.

Chua is the long-time boyfriend of Marcos after her divorce from sportsman Tommy Manotoc.

“I had no idea government funds were used,” said Go during a Thursday, August 31 probe into the allegedly anomalous purchase of vehicles by the Ilocos Norte government using tobacco funds. (READ: Red flags in Imee’s Ilocos Norte and P66.45M tobacco fund use)

Go said he has known Chua since December 2009 and first transacted with him in December 2010, when he purchased 20 China-made multicabs for P5.4 million.

The same year, Go also met Marcos during one of his many trips to Singapore. Go could not say whether Marcos was already governor or was still a district representative of Ilocos Norte.

All in all, Go and Chua would have 4 business deals in the form of vehicle purchases.

Upon prodding by Ilocos Norte 1st district Representative Rodolfo Fariñas, Go insisted he did not know that the vehicles would be purchased using government funds and noted that his interactions with Marcos were “social.”

At least two of Go’s deals with Chua – a December 2011 purchase of 40 multicabs and September 2012 purchase of 70 mini trucks – ended up as property of the Ilocos Norte government.

The multicabs were meant for distribution to different barangays while the mini trucks were for the various municipalities.

But the prices of the vehicle purchases – as indicated in the documents from Go and from the Ilocos Norte government – varied vastly. (READ: Ilocos Norte’s tobacco funds go to Imee Marcos’ pet projects)

Fariñas, who filed the resolution calling for the probe, noted that the mulitcabs were overpriced at P195,000 per unit. 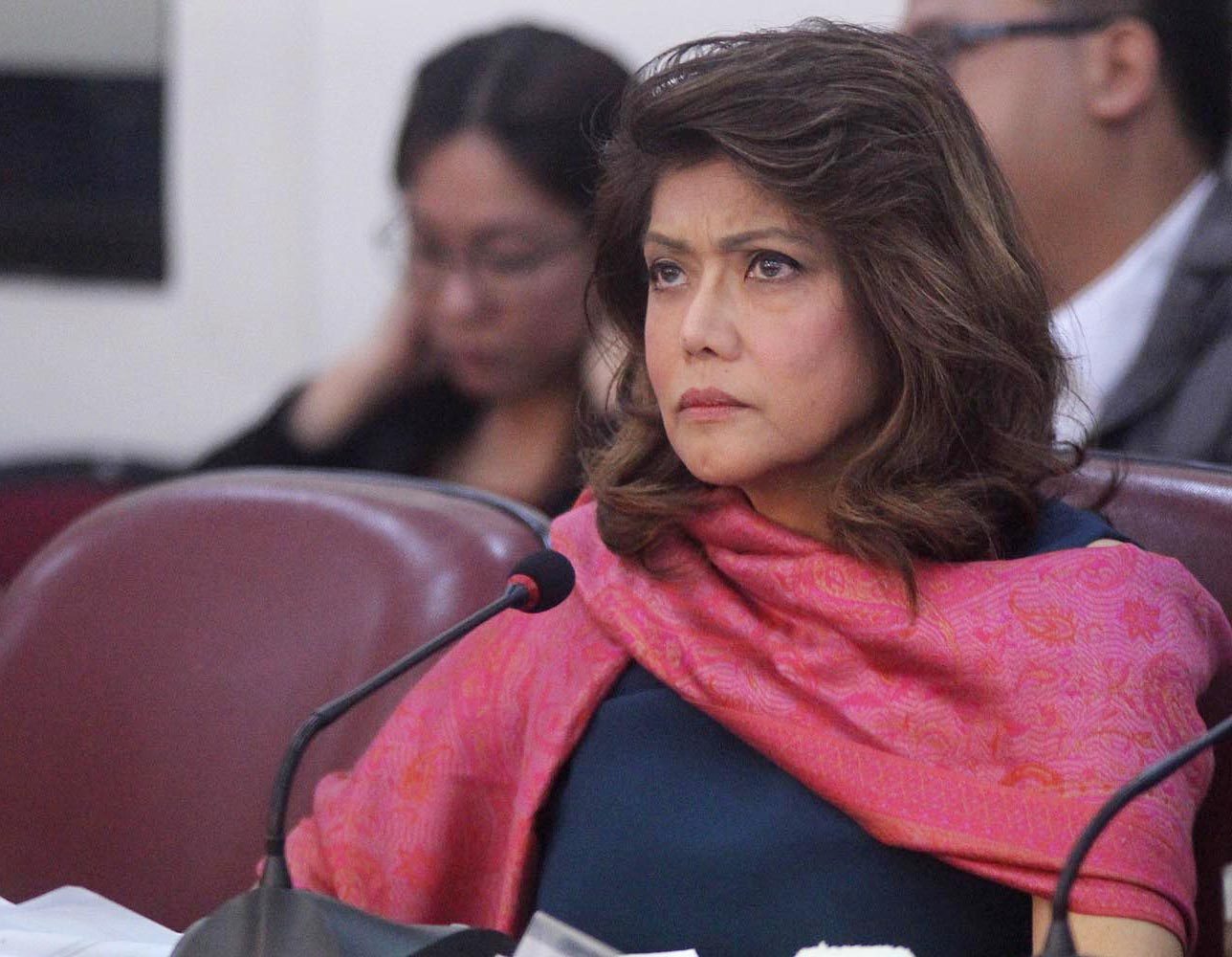 “My impression is that there was a dealer in between, some sort of middle man,” said Go, when Fariñas asked how he reacted to the discrepancy in the pricing as revealed in previous hearings.

Go said that he “pleaded” with both Chua and Marcos to “insulate” him from the hearing “because [he] was not good at testimonies.” He did, however, eventually get a summons to the legislative hearing.

Twice, Go sent Chua a picture of the invitation from the committee through the messaging app Telegram. Twice it was “seen” – meaning Chua had received and viewed the message but did not reply.

Aside from the apparent overpricing of the vehicles, the purchase in itself of the vehicles itself using tobacco funds, has been contentious. Tobacco funds, created through Republic Act Number 7171, are allotted for a special support fund for tobacco farmers in identified provinces, mostly in the Ilocos region.

Marcos insists the vehicles were requested by tobacco farmers themselves.

The purchase of the vehicles through cash advances had previously been flagged, since it violated a Commission on Audit Circular.

Go was granted legislative immunity by the House panel. He also requested that other employees of Granstar be granted the same.

The panel wants Chua, whom Marcos said was constantly traveling, to attend the hearing. – Rappler.com