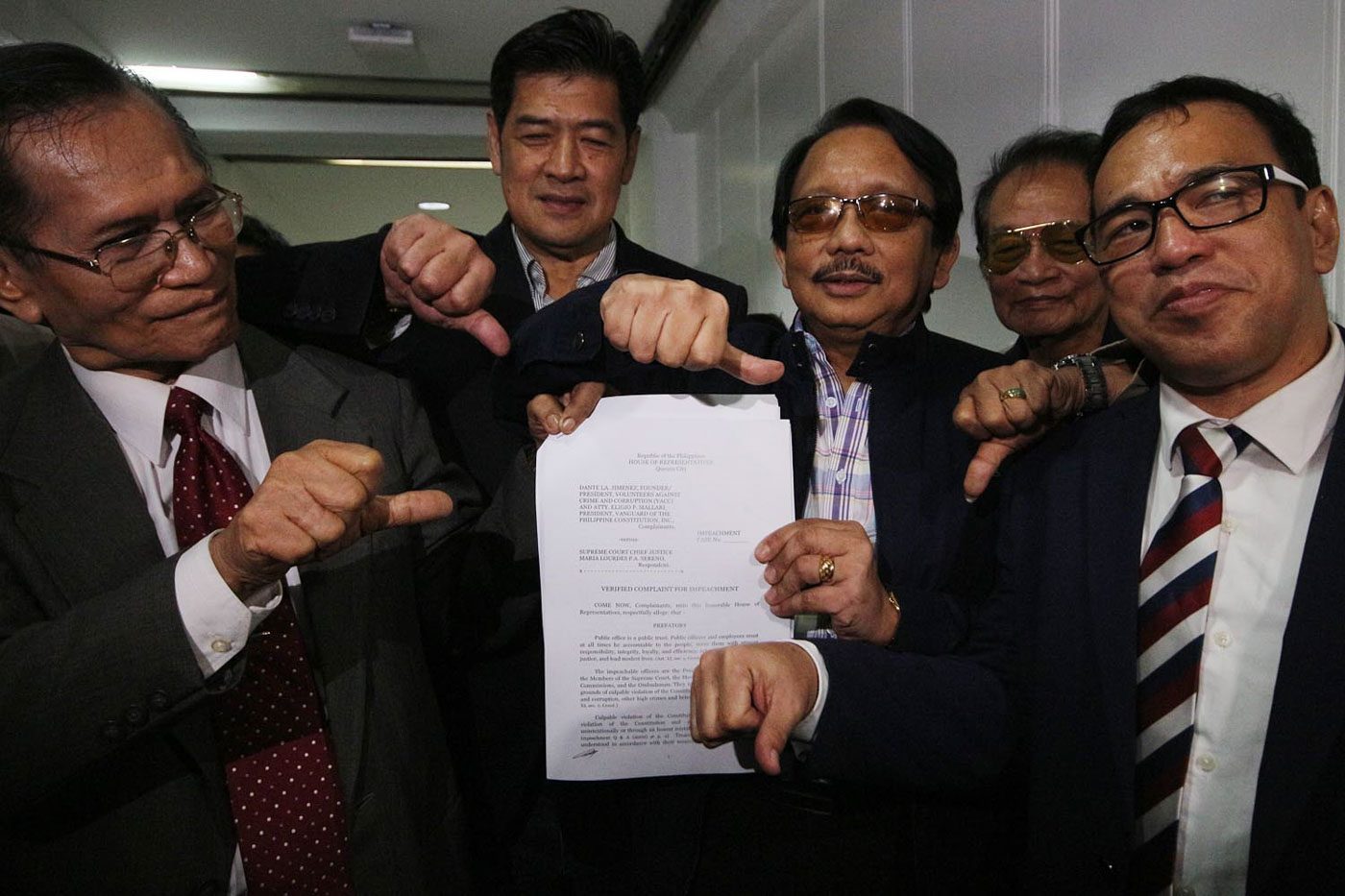 Facebook Twitter Copy URL
Copied
This is the second verified impeachment complaint against the Chief Justice. The first one, filed less than a week ago, had 25 endorsers.

MANILA, Philippines – More than a month after their first attempt to initiate impeachment proceedings against the Chief Justice, the Volunteers Against Crime and Corruption (VACC) and the Vanguards of the Philippine Constitution got 16 members of the House of Representatives to endorse their complaint.

This is the second verified complaint filed against Chief Justice Maria Lourdes Sereno. The first one, filed less than a week ago by lawyer Larry Gadon, was endorsed by 25 House members.

The VACC and Vanguards, represented by Dante Jimenez and Eligio Mallari, respectively, earlier filed an impeachment complaint on August 2. However, since it was not endorsed by any lawmaker then, it was not considered a valid complaint.

The impeachment complaint was received by the House Secretary General on August 15.

As of Monday, September 4, the following lawmakers signed the second verified complaint against Sereno:

So far, there are no common endorsers for the two complaints against Sereno, according to files obtained by media.

In August 2017, the the Supreme Court granted VACC and Vanguards’ request for documents to support their impeachment complaint against the Chief Justice.

It will then be referred to the committee of justice, which will determine if the complaint is sufficient in form and substance and if there is probable cause to pursue it through a majority vote.