After 2 hearings, Mariano not worried about fate at CA 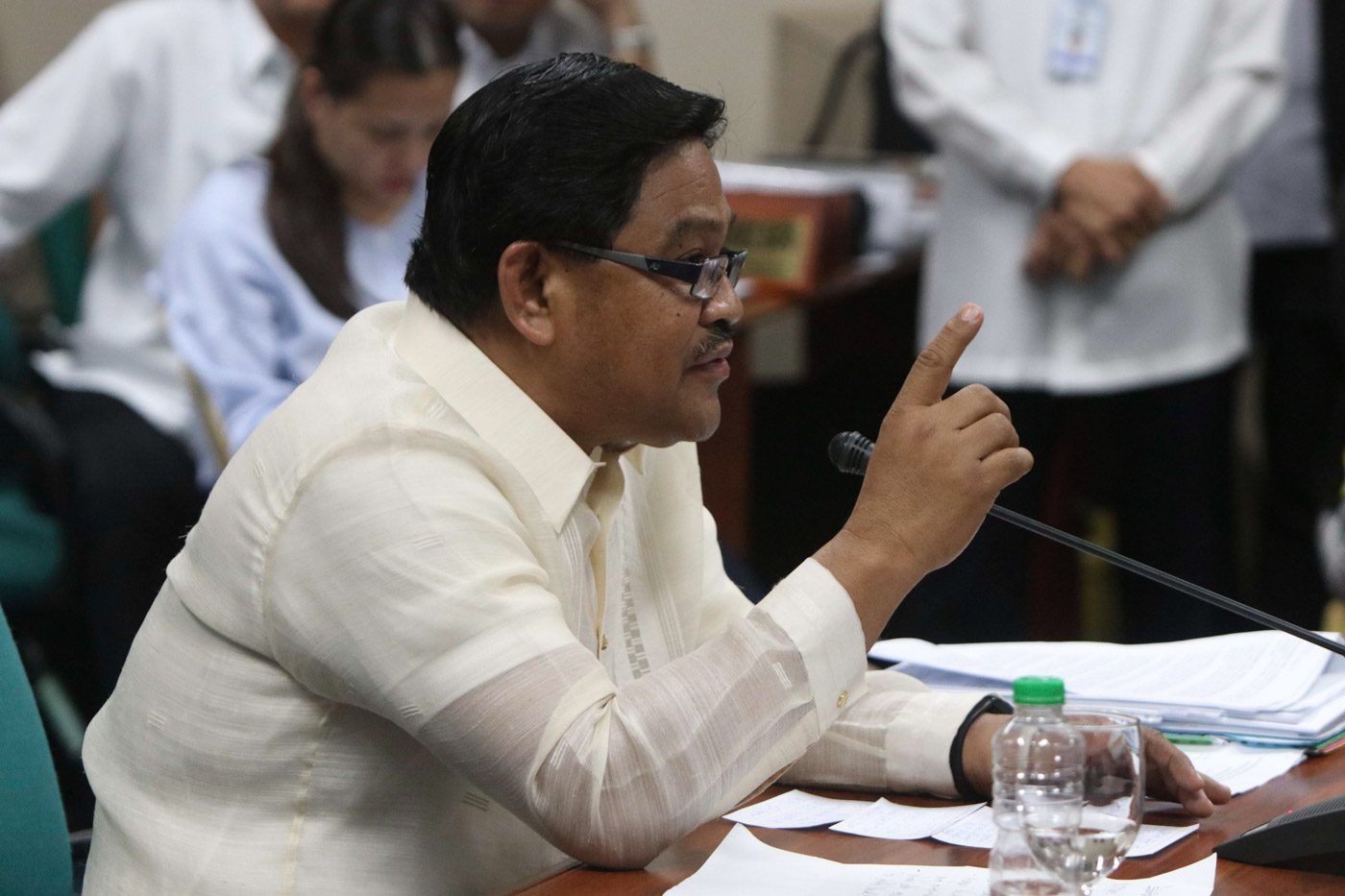 MANILA, Philippines – Agrarian Reform Secretary Rafael Mariano again faced the powerful Commission on Appointments (CA) on Tuesday, September 5, to address the issues hurled against him by his oppositors.

(I’m not really nervous or worried. I can’t explain if this is because based on my own estimates, many of the members of the Commission on Appointments were my colleagues when I served for 9 years at the House of Representatives.)

(And when I’m asked about the support of President Rodrigo Roa Duterte, I always say his issuance of my ad interim appointment dated July 23, 2017, that itself is an expression of President Duterte’s continued support and trust in me as secretary of the Department of Agrarian Reform.)

The second hearing on Tuesday lasted more than two hours, and at least 6 oppositors aired their grievances against Mariano, a nominee of the Philippine Left.

Mariano denied he favors Ambala and even noted that during his first year in office, he conducted more than 200 dialogues and consultations with various farmers’ groups and even landowners.

(The distribution of the land in Hacienda Luisita – based on the decision of the Supreme Court – does not discriminate regardless of the group you belong to.)

In 2016, Mariano ordered the distribution of hundreds of hectares of Hacienda Luisita in Tarlac – aside from the almost 5,000 hectares that the Supreme Court had ordered for parcelling out.

“Secretary Mariano upon assuming office wasted no time in conspiring with Marbai to illegally take over the 150-hectare portion of the 450-hectare banana plantation. He directed the various militant leftist groups which he has been associated with to provide material and moral support to Marbai,” Geronimo said.

Marbai – a breakaway group from the Hijo Employees Agrarian Reform Beneficiaries Cooperative-1 (Hearbco-1) – is the group that Mariano favored when he ordered the “peaceful installation” of farmers at the Davao del Norte plantation that was earlier the subject of a cease and desist order.

(I don’t have direct participation regarding the accusation that I was part of planning the incidents that happened there at Lapanday.)

Mariano also asserted that all matters involving the implementation of the agrarian reform program are within the primary jurisdiction and the exclusive and original jurisdiction of the DAR.

(I said that the decisions and actions of DAR were not a result of a supposed conspiracy between DAR and Marbai, rather DAR is only doing what is within its jurisdiction, mandate, and functions.)

He said Geronimo’s accusations are “baseless, unfounded, and malicious.”

Asked about the oppositors’ motivations, Mariano said he doesn’t want to pass judgment.

The CA committee on agrarian reform will continue the hearing on Wednesday, September 6. – Rappler.com