Q&A: What happens to ‘Dreamers’ after Trump revokes their residence rights? 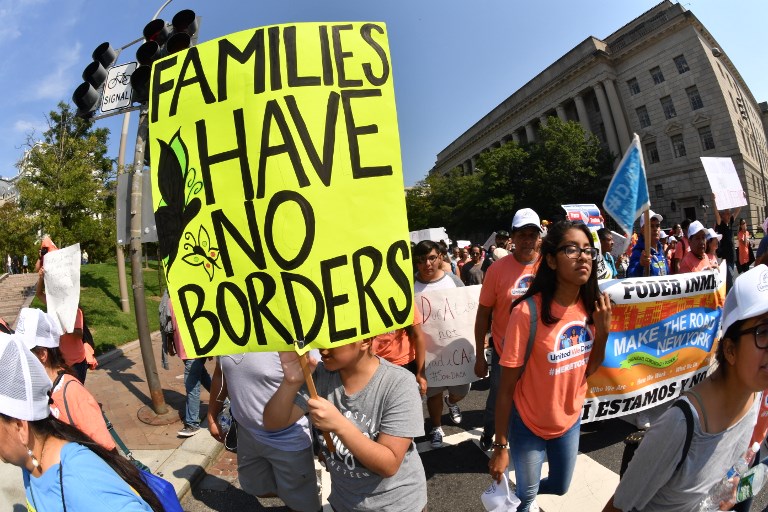 WASHINGTON DC, USA – The Trump administration on Tuesday, September 5, ordered the end of the “Dreamers” program that allowed illegal immigrants who came to the United States as children to remain in the country.

That move threatens the futures of some 800,000 people, many now in schools, with jobs and families in the United States.

What is the ‘Dreamers’ program?

In a presidential order in June 2012, president Barack Obama launched DACA  – Deferred Action for Childhood Arrivals – that aimed to provide a stable future for people who arrived in the country illegally as children and stayed. Dubbed “Dreamers”, they were granted under presidential order the right to remain and study or work legally, renewing their status regularly.

The program was devised after Congress failed to pass legislation to address the status of millions of illegal immigrants who had lived in the country for decades, many with families, permanent homes and businesses.

DACA applied to people who were under the age of 31 as of June 15, 2012, and had been continually present in the US since 2007. It covered anyone in school or who had a graduate certificate, who was serving in the armed forces, and who had never been convicted of a serious crime.

But Trump argued that DACA protected people who broke US laws, was unfair to legal immigrants, and encroached Congress’s power to make immigration laws.

The government also argued that legal challenges by a number of states made DACA and a 2014 sister program, DAPA, untenable.

DAPA was a proposed Obama program to open the way for other illegal immigrants, those who came as adults, to gain legal status, but was blocked from implementation by legal challenges. Recently Texas led other states in a threatened action to similarly seek to block DACA.

Faced with legal challenges, the Trump administration said it falls to Congress to fix the problem, not the executive branch.

But legal experts say Obama’s DACA order was constitutionally sound and would survive court challenges. “The least disruptive alternative would have been to let the DACA program continue,” said Stephen Yale-Loehr of Cornell University.

What happens to the Dreamers?

Encouraged by Obama’s move, about 800,000 people registered under DACA, confident that they would be safe from expulsion. Now the government has access to all their personal data, making it hard for most to hide.

Under Trump’s order, those with permits are safe until their expiry. People with permits that expire within the next six months – before March 5, 2018 – can apply to renew them before October 5. But new applications will not be accepted.

Once their DACA permits expire, individuals will not have the legal right to work, and theoretically could be deported any time – though current policy only threatens illegal immigrants who have committed serious crimes.

The White House has indicated that the 6-month grace period gives Congress an opportunity, if it wants, to come up with legislation that could replace DACA and strengthen its legal foundations.  – Rappler.com