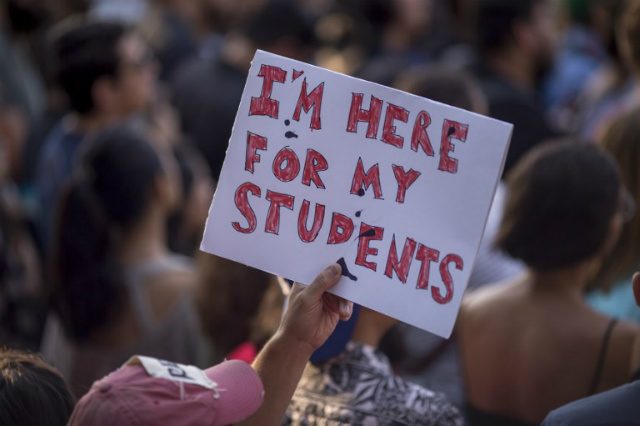 The amnesty, called the Deferred Action for Childhood Arrivals (DACA), was meant to protect from deportation 800,000 people brought to the US illegally as minors.

Trump’s attorney general, Jeff Sessions, announced in the US on Tuesday, September 5, that DACA “is being rescinded.”

In a statement on Wednesday, Philippine Foreign Secretary Alan Peter Cayetano said, “While we hope for the best in the form of a legislative solution, those affected should likewise prepare for the worst.”

The DFA said it “will assist an estimated 10,000 Filipinos who may end up getting deported as a result of Washington’s decision.”

“In any event, we are ready to welcome and assist our kababayans (countrymen) in whatever way we can if they are returned to the Philippines,” Cayetano added.

To help Filipinos affected by Trump’s move, Cayetano said the DFA “will authorize, with certain limitations, the use of the Assistance to Nationals Fund and the Legal Assistance Fund.”

Trump earlier said permits would be gradually phased out as they expire over the next 6 to 24 months.

This leaves it up to the US Congress to draft an immigration reform bill that would address the situation of those protected under DACA. (READ: Q&A: What happens to ‘Dreamers’ after Trump revokes their residence rights?)

Sessions also said DACA “denied jobs to hundreds of thousands of Americans by allowing those same illegal aliens to take those jobs.” – with reports from Agence France-Presse / Rappler.com