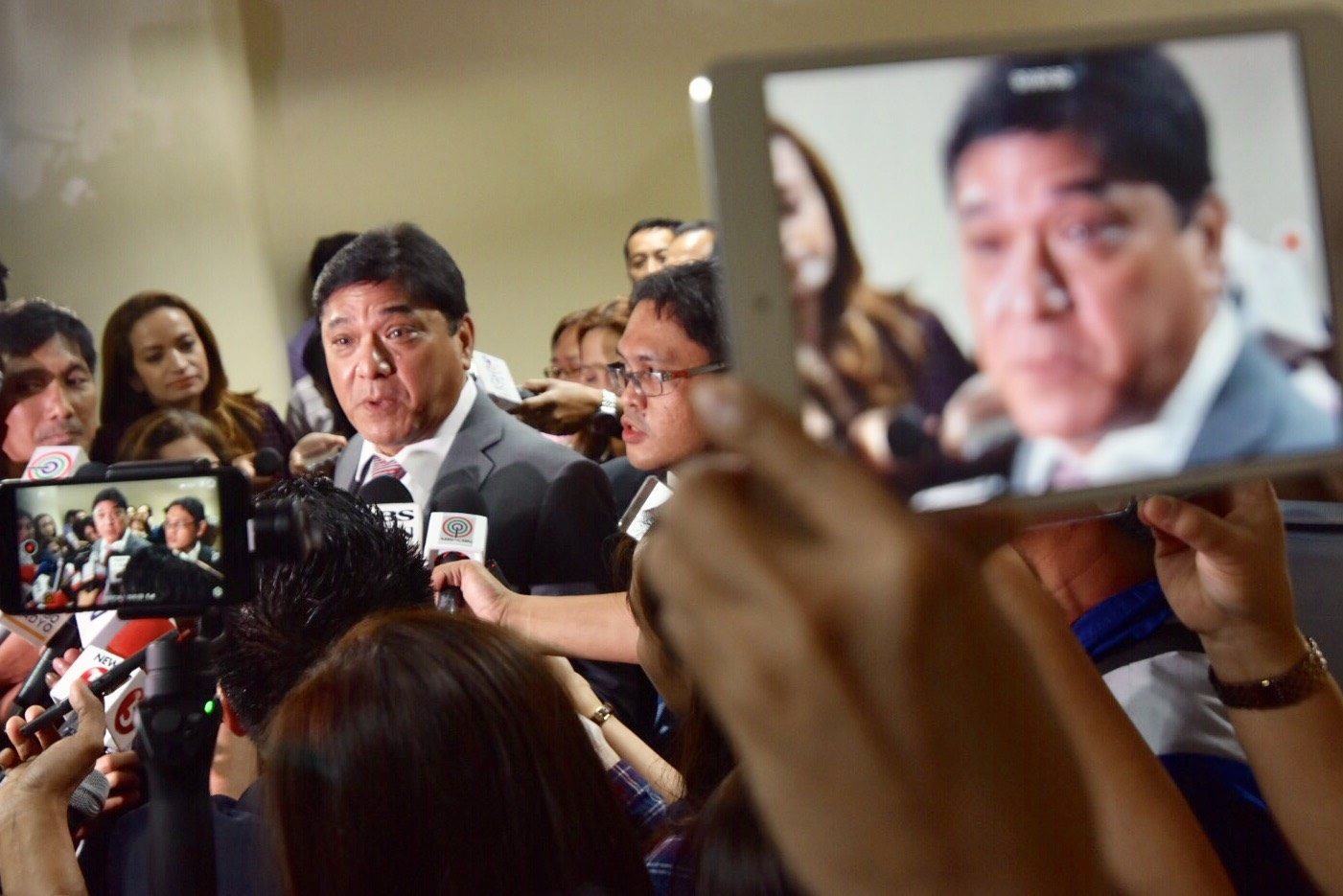 Facebook Twitter Copy URL
Copied
'That's a big insult. Why do you have to play his game?' says Paolo Duterte's counsel, Rainier Madrid, in response to the challenge of the opposition senator for the presidential son to bare his tattoo in a Senate inquiry

MANILA, Philippines – The counsel of the president’s son Paolo Duterte explained why the Davao City Vice Mayor refused to show his back tattoo as requested by opposition Senator Antonio Trillanes IV.

Lawyer Rainier Madrid claimed Paolo wanted to reveal his tattoo but he advised his client against it.

“[Paolo Duterte] wanted to (show his tattoo) but I advised against it. It’s inappropriate, improper and not good, not good. Otherwise, baka madisbar ako,” Madrid told reporters after the 7th hearing on the P6.4-billion smuggled shabu on Thursday, September 7.

Madrid said they were not silly to follow what the opposition senator was saying. He claimed Trillanes was using the issue to get back at President Rodrigo Duterte. He also said the senator was hitting the President because he was not chosen as Duterte’s running mate in the 2016 elections.

“Bakit tayo magpapauto sa kanya? That’s a big insult. Why do you have to play his game? Uto-uto ba kami? Will I let my client play his game?” the lawyer said.

Madrid also repeatedly insinuated that Trillanes is gay for insisting to see his client’s body, as he accused the senator of “fishing, propaganda, and deception.”

“Is he gay? Probably. If he said I want to see your [back], I would have probably asked my client [to do so],” he said.

“He’s not accusing. He is fishing information from us. Because he doesn’t have the information. He’s a military propagandist, a master of deception. You mislead, you foist lies, and based on this web of lies, you manipulate people’s minds,” Madrid added.

Asked if they don’t see the need to defend the vice mayor, Madrid said there was no need to dignify Trillanes’ “wild accusation.”

“If you answer something that is stupid, you are more stupid,” Madrid said.

“[Paolo Duterte] was honest [na may tattoo sya.] But to show it? That’s too much. That’s why we invoke our right to privacy,” he said.

Citing intelligence reports “from a foreign country,” Trillanes accused Duterte of being a part of a “triad” or an organized crime group involved in smuggling. The senator also alleged that Charlie Tan, Duterte’s friend and an alleged smuggler, is also a member.

During the hearing, Trillanes asked Paolo if he has a tattoo on his back, which the vice mayor admitted. Trillanes then asked him to show and take a picture of it so the United States Drug Enforcement Authority could confirm his membership.

The senator said a dragon-like tattoo with “sacred digits” is proof of a triad membership.

“No way,” Paolo told Trillanes. He, however, later corrected his tone, “Mr Chair, no way.”

Trillanes repeatedly said that the vice mayor “should not be afraid” if has “nothing to hide.”

Trillanes did not stop and went on to say that Paolo is hiding something.