Nene Pimentel urges Duterte not to resign after federalism shift 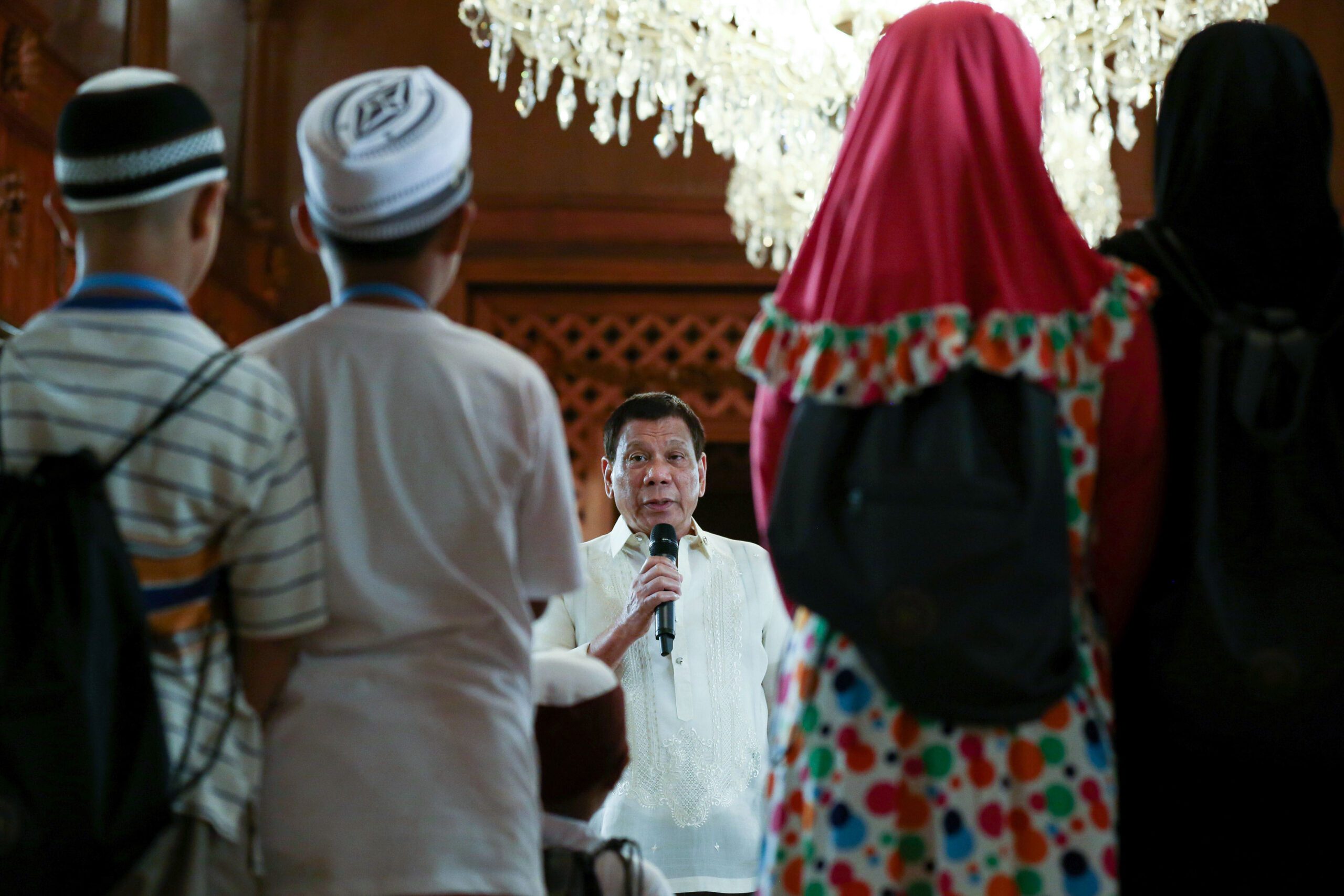 MANILA, Philippines – Far from leaving the presidency once the Philippines shifts to federalism, President Rodrigo Duterte should be the first to implement the new system of government, former Senate president Aquilino Pimentel Jr said on Thursday, September 7.

Pimentel, a federalism advocate, made the clarion call during a Malacañang news briefing on Thursday.

“He should not resign. He should stay on and implement it, so people can say, ‘Hey, this is good,'” said Pimentel.

He was reacting to Duterte’s statements since the first months of his presidency that he would resign once Congress completes the process towards federalism.

Pimentel said that for federalism to really take flight, a true champion of federalism must be at the helm of government. He believes that Duterte, who continues to enjoy high public approval and trust ratings, is the man for the job.

“It will take a man who believes in it para maisulong (to make it go forward). Otherwise, kung sino-sino lang diyan ang mag-implement, baka wala sa puso nila (the person who implements it might lack the conviction),” he said.

While Pimentel believes Duterte remains committed to federalism, the timeline for completing the shift has been pushed back.

If Duterte previously said the process could be completed within the first two years of his term, Pimentel said that the way things are going, it would take until the 3rd year.

“It looks like that time frame will be difficult achieve because we have already spent one year right? So, I think, it will take until the 3rd year of his term,” said Pimentel.

The shift to federalism is among Duterte’s major campaign promises. This system of government, the President had repeatedly said, decentralizes power and allows local governments to benefit more from the wealth their economies generate rather than turning it over to the national government.

Federalism, he said, is one long-term solution to violence in Mindanao. Those who oppose it have said that decentralization, not federalism, is needed to break up the concentration of power in Metro Manila. – Rappler.com