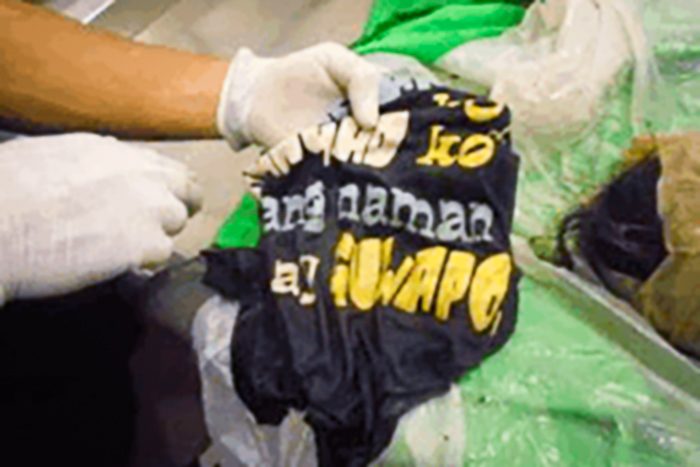 The deaths of the two boys will be “treated as one” case, said Acosta.

While police involvement is clearly established in the killing of Arnaiz – who the cops said fired a gun at them, prompting them to shoot back and kill him – there are no publicized leads yet in the killing of De Guzman.

De Guzman was found dead with 30 stab wounds at a creek in Gapan, Nueva Ecija on September 5. Arnaiz was killed by Caloocan policemen on August 18. The police report claimed Arnaiz robbed a taxi driver and was apprehended by the cops. The two went missing from their homes in Cainta, Rizal on August 17.

Asked to clarify whether a murder complaint will be filed against policemen in the De Guzman case, Acosta said she cannot disclose that information as it is still in process. “Hindi ko puwedeng sabihing hindi sure, hindi pwedeng sure (I cannot say it’s not sure, I cannot say it’s sure)” Acosta told Rappler in a phone interview.

Newly-installed Caloocan police chief Senior Superintendent Jemar Modequillo said it was unfair to conclude that policemen may be involved in the De Guzman killing. The policemen who shot Arnaiz – PO1 Jefrey Perez and PO1 Ricky Arquilita – have already been administratively relieved.

(That is Acosta’s interpretation because how can you conclude that (the killing of De Guzman) also happened in Caloocan when they didn’t surface here. If you look at the case, we should be set aside in the incident. But what PAO is doing is that they’re linking us. What we’re saying is they should not be conlusive at this point in their investigation.)

Acosta said they are set to file the complaint before the Department of Justice (DOJ) next week.

PNP will no longer investigate the Arnaiz-De Guzman case. President Rodrigo Duterte has tasked the National Bureau of Investigation (NBI) to take over the case as he promised a “fair and impartial probe.”

“This is in a way para maalis ‘yung agam-agam o sasabihin proprotektahan, iwa-whitewash (So that we can get rid of doubts or suspicions that cops will be protected and that we will whitewash the investigation),” PNP spokesperson Chief Superintendent Dionardo Carlos said.

NBI has already performed an autopsy on De Guzman, but their medico-legal, Dr Carlomagno Yalung, has deferred releasing his initial findings.

Yalung explained it would take at least 2 weeks to confirm the results in the laboratory tests to be conducted in Manila. Overlapping wounds and sutures from embalment make it difficult to immediately formulate a conclusion, Yalung said.

Security detail has been provided to the family De Guzman as they await full admission to the Witness Protection Program (WPP), Acosta said.

PAO’s autopsy of Arnaiz shows intentional killing on the side of the cops, forensic chief Dr Erwin Erfe earlier said. Erie added that the crime scene along C3 road in Caloocan may have been staged. He said Arnaiz coiuld have been killed elsewhere and only taken there later.

Acosta said they are still looking for cab driver Tomas Bagcal, and added state protection can also be extended to him if he surfaces. – Rappler.com