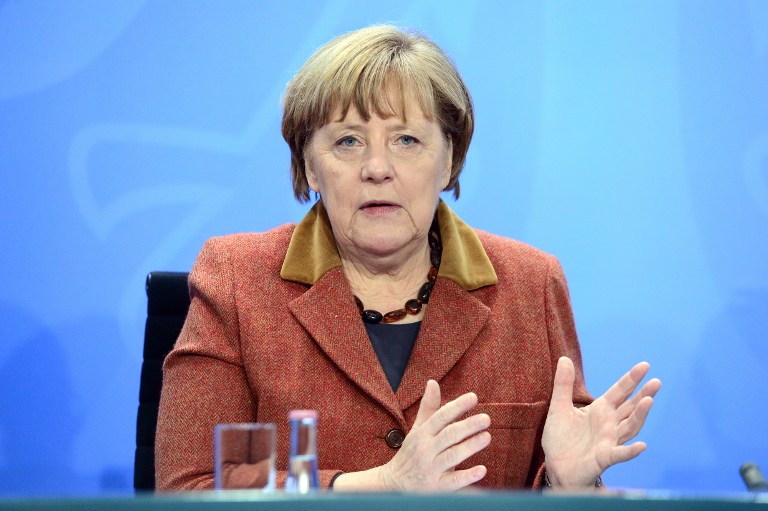 FRANKFURT, Germany – Countries that fail to take part in the quota scheme for assigning asylum seekers around the European Union (EU) could themselves be denied help in other areas, German Chancellor Angela Merkel said Sunday, September 10

“If there is no solidarity on migration, neither will there be in other areas – and that would be bitter for European cohesion,” Merkel told weekly newspaper Frankfurter Allgemeine Sonntagszeitung.

The chancellor’s comments read like a warning to eastern European countries, who receive billions of euros in net benefits from EU membership – unlike net contributor countries such as Germany.

Eastern governments last week reacted angrily to a court decision requiring them to accept a share of asylum seekers from overstretched Greece and Italy.

Hungary and Slovakia failed Wednesday, September 6, in a challenge before the 28-nation EU’s top court, the European Court of Justice, to block the quota scheme agreed in Brussels two years ago.

A majority of EU interior ministers voted in September 2015 to assign some 120,000 people around the EU out of the 1.6 million who have landed on Greek and Italian shores since 2014, .

But the quotas proved unpopular with some former communist eastern European governments, who said they were not equipped to integrate people from mainly Muslim countries.

In more conciliatory comments, Merkel said assigning asylum seekers across European Union countries will be simpler once Europe’s shaky migration policy is on a firmer footing.

“It will probably be easier to get such a distribution mechanism in Europe if all the other elements in refugee and migration policy are more stable,” she said.

“If we successfully combat the causes of flight, effectively protect our borders, have a development partnership with Africa and put a stop to the people smugglers, then distrust of managed legal migration will be cleared up,” Merkel added.

The chancellor also defended working with militias in Libya to block departures of migrant boats organised by people smugglers.

“It’s right to smash these economic structures and prevent people from drowning in their thousands in the Mediterranean,” she said.

But she added: “I think it would be wrong to work long-term with a militia that does not support the unity government” in Tripoli. – Rappler.com