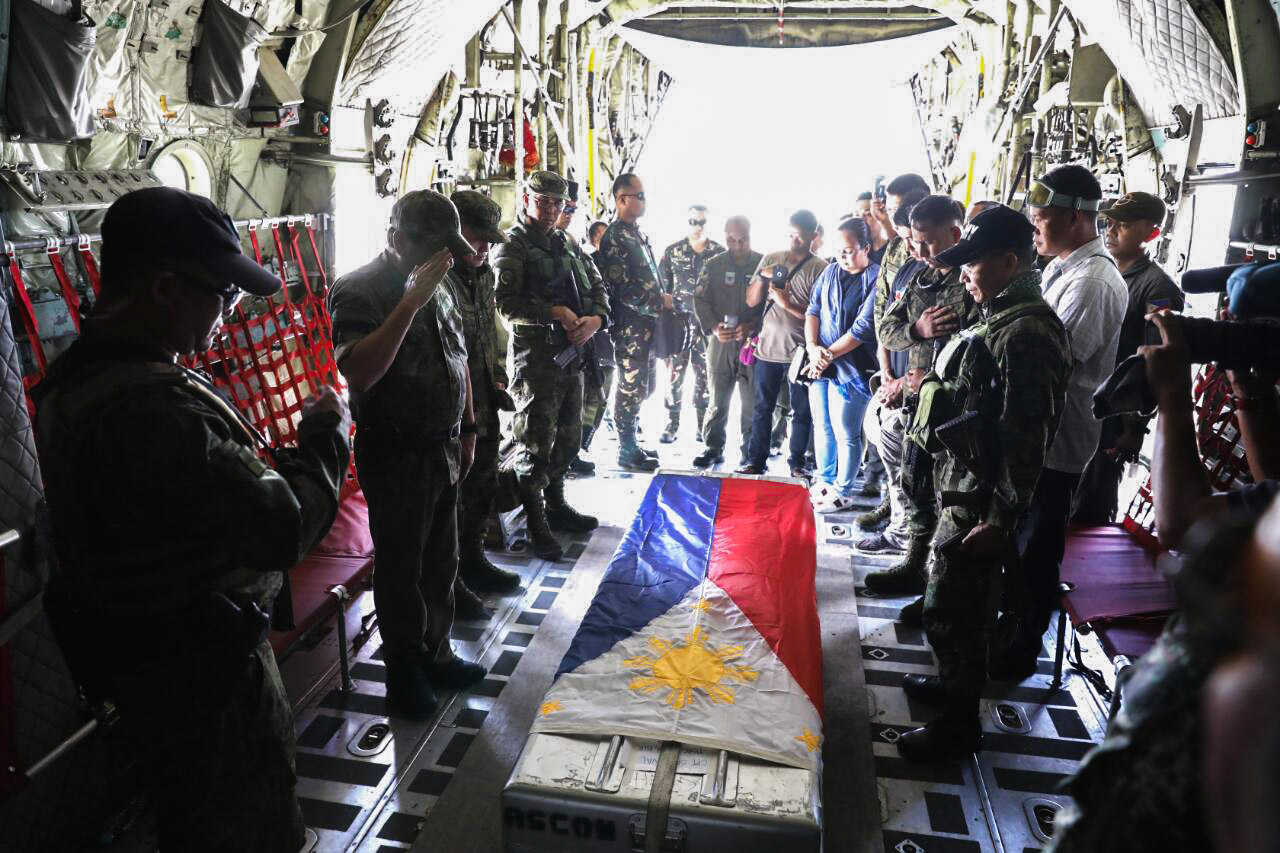 MARAWI CITY, Philippines – A captain of the Army Scout Rangers was killed as he led his men in a major operation in Marawi City on Sunday, September 10.

Captain Rommel Sandoval, commander of the 11th Scout Ranger Company, was shot as he was trying to rescue one of his men while they were conducting an operation to clear a multiple-storey building in the battle area.

President Rodrigo Duterte paid his last respects to the fallen soldier on Monday, September 11, at the Laguindingan Airport in Cagayan de Oro before the remains of Sandoval and another soldier killed on Sunday were transported to Manila.

Duterte later proceeded to Marawi City for his 4th visit here since the clashes with local terrorists erupted on May 23. (READ: Terror in Mindanao: The Mautes of Marawi)

Sandoval, a junior officer, led his men in the assault as the military pushed to liberate Marawi City. (READ: Troops penetrate Maute defensive position in Marawi)

The structure that the military asked the media not to identify served as one of the remaining strongholds of the local terrorists linked to international terrorist network Islamic State (ISIS).

Sandoval led one of the companies of the Army elite unit that has been among the primary forces deployed to the war.

He celebrated his birthday inside the battle zone back in July.

Sandoval belonged to the Philippine Military Academy Class of 2005.  – Rappler.com