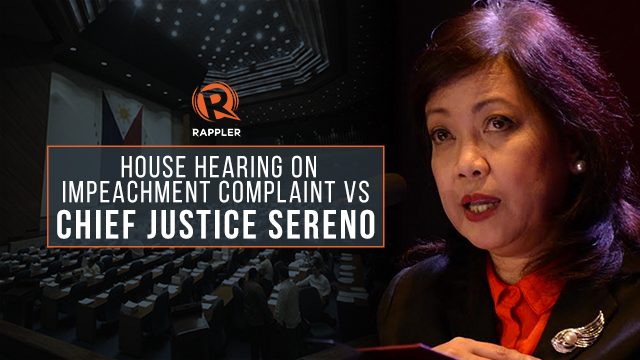 MANILA, Philippines – The first complaint, endorsed by at least 25 members of the House of Representatives, was filed by lawyer Larry Gadon on August 30.

Gadon accused Sereno of failing to be truthful in her Statement of Assets, Liabilities, and Net Worth (SALN). He also questioned her travel expenses and allowances she had supposedly given her staff, as well as SC resolutions that did not go through the en banc.

The second complaint, filed by the Volunteers Against Crime and Corruption (VACC) and the Vanguards of the Philippine Constitution, was filed on September 4 after 16 lawmakers endorsed it.

Sereno was appointed as the country’s first female chief justice in 2012, after the impeachment of then Chief Justice Renato Corona.