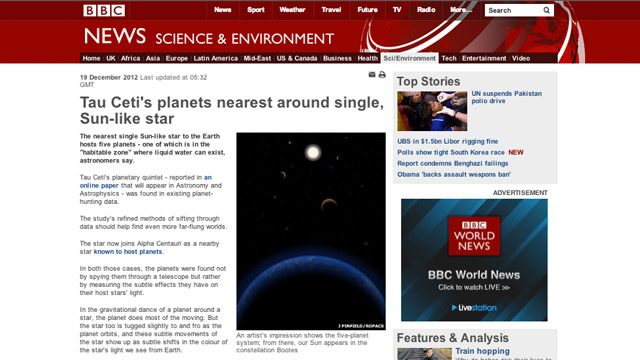 Astronomers have discovered that the nearest sun-like star to the earth “Tau Centi” hosts 5 planets, one of which in what they call a “habitable zone” one with the right conditions or liquid water to exist. The study that will be published in Astronomy and Astrophysics says the planets were found not through via telescope but by measuring the effect these planet have on their sun’s light. Planets on another nearby star Alpha Centauri, were also found via this method.