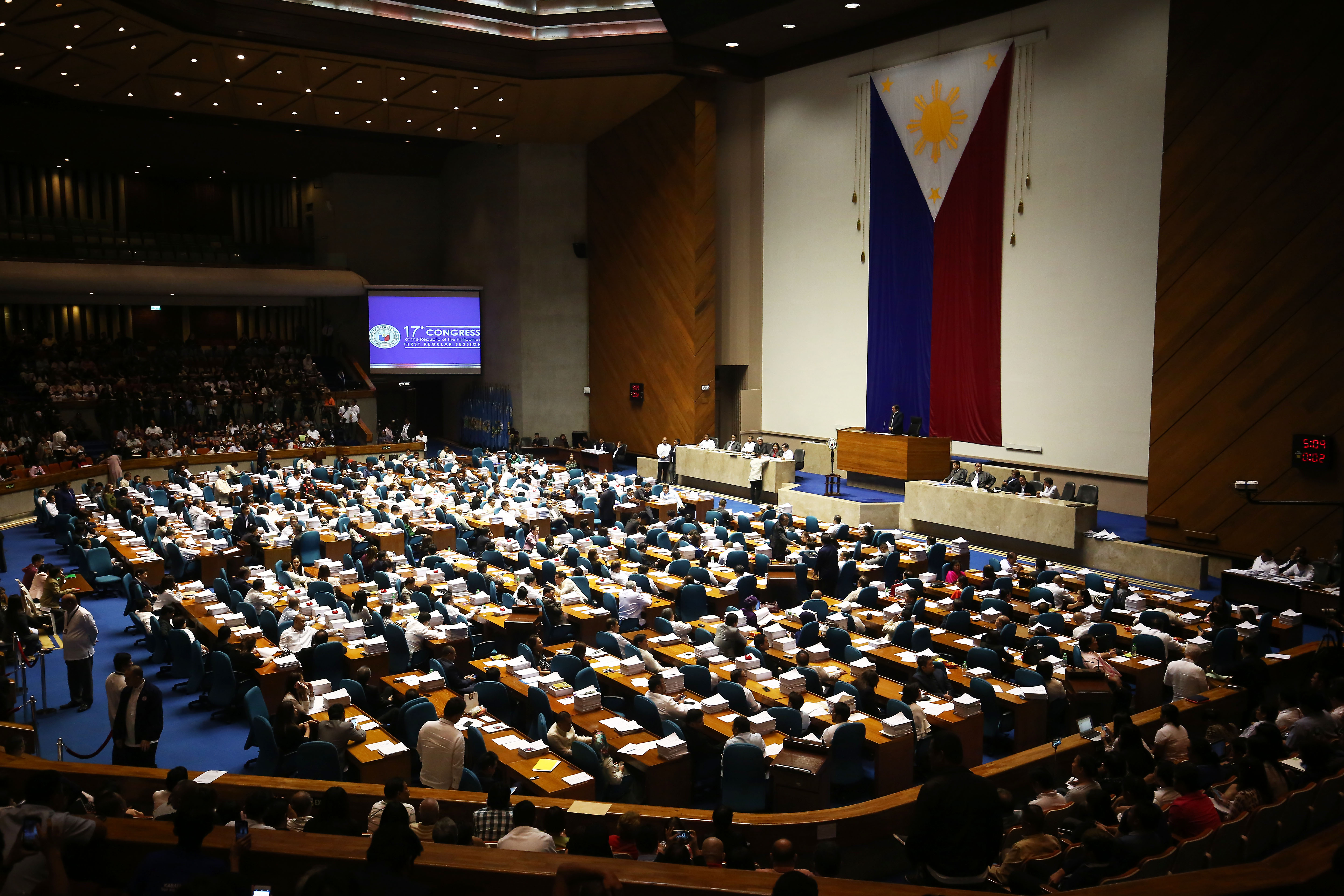 MANILA, Philippines – Senators on Wednesday, September 13, warned of a deadlock should the House of Representatives insist on the measly P1,000 budget for the Commission on Human Rights for 2018, as they vowed to restore the CHR’s full allocation.

With a deadlock, Senate Minority Leader Franklin Drilon said the P3.76-trillion 2018 General Appropriations Act would not be passed by December 31, which would lead to the reenactment of the P3.35-trillion 2017 budget. The CHR, for this year, had been allotted P749 million.

“We will take the position that if the House will not agree to restore the budget of the CHR, then so be it, we will have a reenacted budget. The Senate, I would like to think, will not stand for the abolition of the CHR, through giving it a P1,000 budget. If the House will insist on that, then there will be a deadlock for the 2018 General Appropriations Act,” Drilon said in an interview on Wednesday, September 13.

Senator Panfilo Lacson, sponsor of the agency’s budget, earlier said he would stand his ground on the matter. The Senate finance committee last Monday, September 11, approved the P678-million CHR budget for next year.

(If we will stand our ground, which I think we will do in the Senate. I am looking at the members of the majority bloc now and almost everyone does not support the P1,000 budget of the CHR.)

Lacson also pointed out that if there is a stalemate until December 31, the national budget for 2017 will be reenacted.

(That’s how it is because it’s a stalemate. You cannot just leave behind one item in the budget because we pass the budget as a whole. We cannot approve the funds for all other agencies and then set aside the budget for the CHR. The whole GA bill [General Appropriations Bill] will be affected. If we reach December 31 and the bill is not yet signed into law, the 2017 budget will be reenacted.)

For the past 7 years, Congress has passed the national budget on time, or before the new fiscal year starts.

What about presidential veto?

But even if the Senate and the House ultimately agree to restore the full CHR budget, Pimentel said President Rodrigo Duterte could still veto it. After all, he has the power to veto specific lines or provisions in the national budget.

Congress can still override a presidential veto by a two-thirds vote per chamber, added Pimentel. But with the House dominated by Duterte allies, that is unlikely to happen.

Lacson also raised concern over overriding a veto as it may seem “confrontational.”

The CHR, which has repeatedly slammed drug-related killings under the Duterte administration, has been the subject of criticism from the President and his allies. It was also the CHR, under detained Senator Leila de Lima in 2009, that first investigated Duterte’s alleged involvement in the Davao Death Squad.

Duterte had blamed CHR Chairperson Chito Gascon for the measly budget, saying he overstepped his bounds in actively investigating human rights abuses in the Philippines, angering lawmakers in the process.

Despite this, Lacson said he is positive that Duterte would restore the agency’s full allocation for next year. He cited the President’s seemingly conflicting statement that he does not want to destroy institutions. – Rappler.com