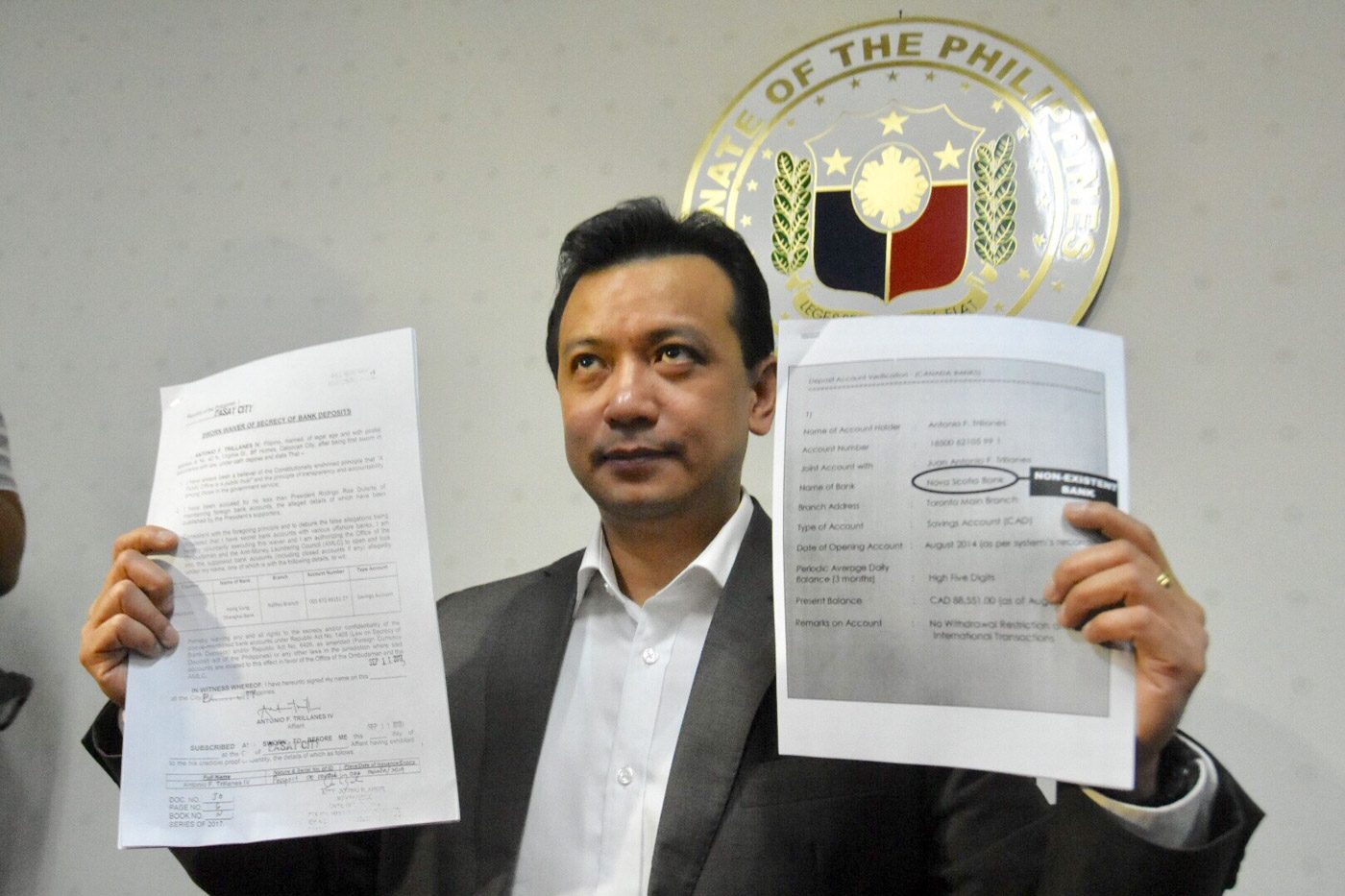 Facebook Twitter Copy URL
Copied
'In this regard, we will evaluate the submitted Sworn Waiver and revert to you the soonest,' says AMLC Executive Director Mel Georgie Racela in a letter dated Wednesday, September 13

“Said Sworn Waivers of Secrecy of Bank Deposits authorizes the Office of the Ombudsman and the [AMLC] to open and look into the supposed bank accounts (including closed accounts if any] allegedly under the Senator’s name, and specifying 12 different bank accounts from various banks, branches and countries,” Racela said.

“In this regard, we will evaluate the submitted Sworn Waiver and revert to you the soonest,” Racela said. 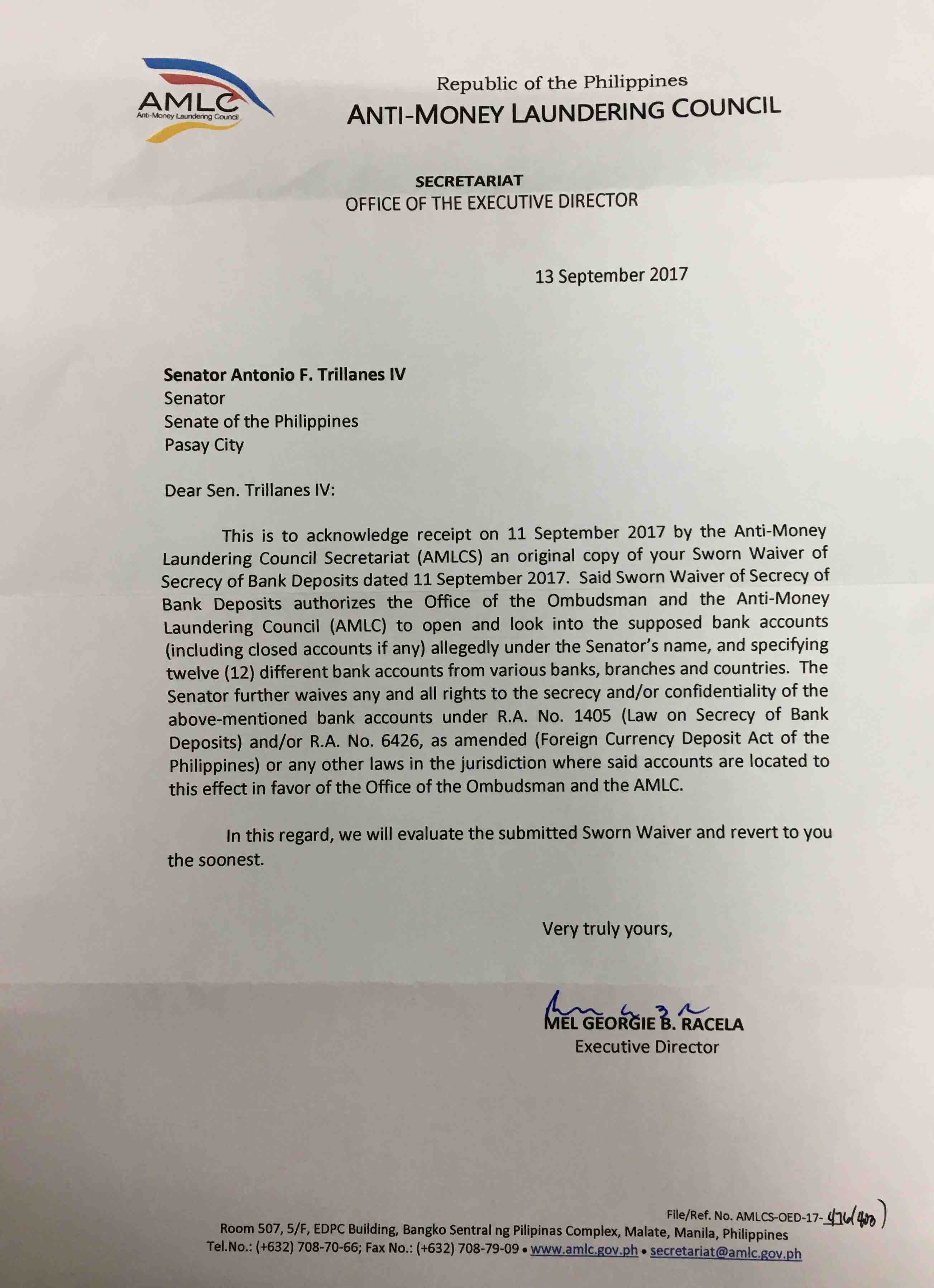 Trillanes earlier submitted 12 bank secrecy waivers to the AMLC and the Office of the Ombudsman in a bid to disprove President Rodrigo Duterte’s allegations that he owned offshore bank accounts with Chinese nationals.

Trillanes called as “fake” the supposed details of his foreign bank accounts posted by pro-administration websites and personalities.

(You can’t just be all talk, you have to sign a waiver. If you’re brave, if you’re not corrupt, then sign a waiver like I did, addressed to the AMLC and Ombudsman. But I know you won’t do that because you’re afraid of the truth. I know you’re corrupt, just like your family.)

It was Trillanes who first accused Duterte of having billions of pesos in secret bank accounts during the 2016 campaign. Duterte has refused to sign documents and has repeatedly slammed AMLC officials for alleged “corruption.”

The President has refused to heed Trillanes’ challenge, saying it would be self-incrimination and tantamount to giving in to his critic.

“If he want to get evidence, do not get it from my mouth. You must be stupid, even if it is true or false,” Duterte said on Tuesday,

“Why would I give you the pleasure? If he wants to look for evidence, then he should look. Why should he involve me?” he said in a mix of English and Filipino. – Rappler.com