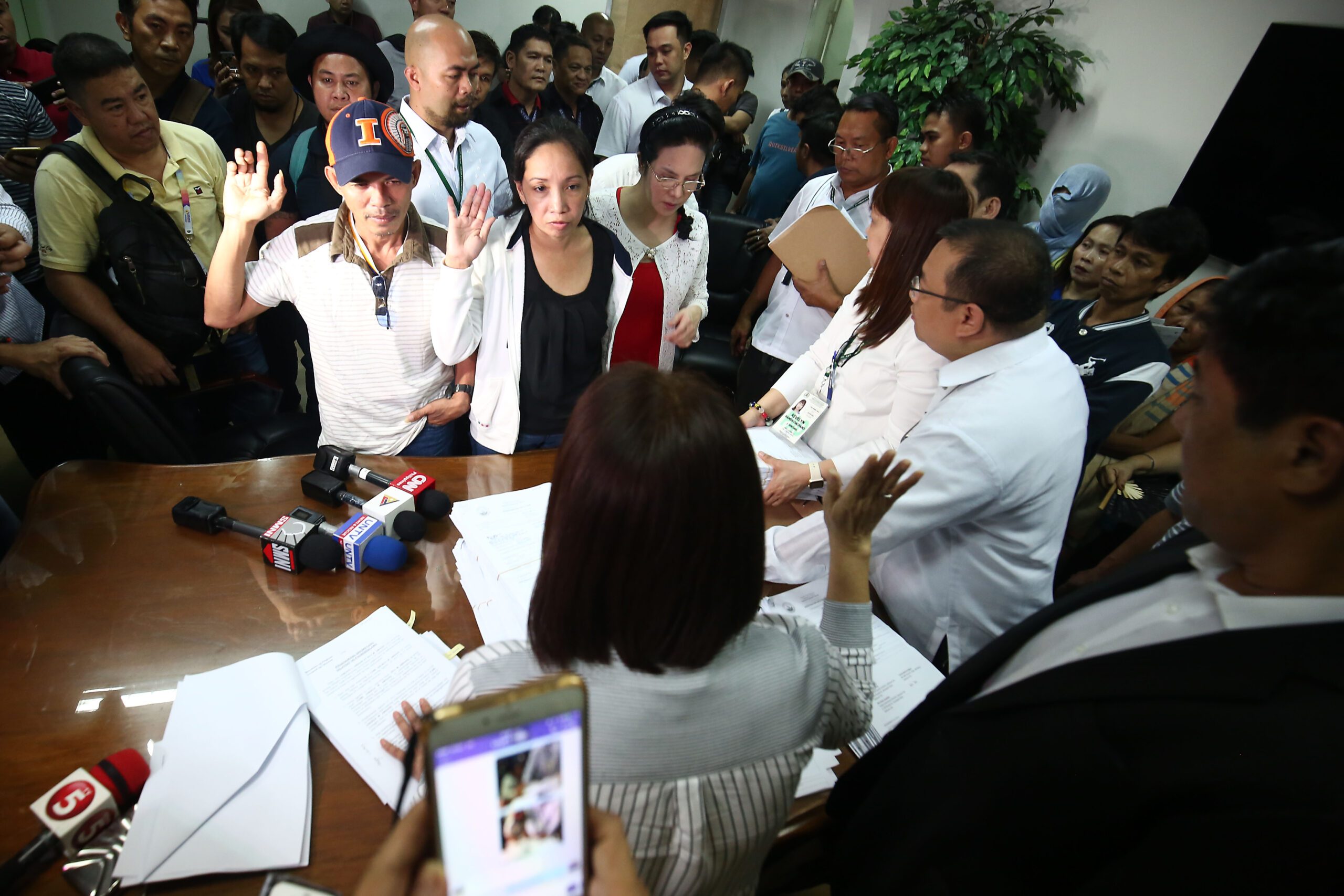 Public Attorney’s Office (PAO) chief Persida Acosta filed the complaint on behalf of the boys’ families before the Department of Justice.

Acosta explained that Bagcal was named as a co-conspirator in the case.

“We believe he had knowledge of the twin killings. He should be brought here in the DOJ to explain his inconsistent affidavits,” she said.

The PAO chief added, however, that charges against Bagcal can be dismissed if he is tapped as state witness. “He could even qualify for witness protection program for as long as he tells the whole truth,” she stressed.

Acosta earlier said that the two killings will be “treated as one” case as Arnaiz and De Guzman were last seen together  in Cainta, Rizal, on on August 17.

Perez and Arquilita, the cops who shot Arnaiz, have been administratively relieved.

Arnaiz was killed in a supposed shootout with the two policemen on August 18, while De Guzman was found dead with 30 stab wounds in a creek in Gapan City, Nueva Ecija, on September 5.

PAO and the Philippine National Police (PNP) have conflicting findings on the two cases.

PAO Forensic Lab Director Erwin Erfe had earlier said that based on the findings of his team, the crime scene where Arnaiz was killed was apparently “staged.” (READ: Carl Arnaiz handcuffed, beaten up, killed – PAO autopsy)

Police claimed that Arnaiz robbed a taxi driver who later pointed him out to police on patrol. The 19-year-old was killed in a shootout that he supposedly initiated.

The taxi driver surfaced on Sunday, September 10, and confirmed the robbery but believed that Arnaiz’s killing was staged. Bagcal said he brought Arnaiz himself to the police station, alive.

A witness in the case identified as “Daniel” said he saw police drag Arnaiz out of a police patrol car and ordered him to kneel on a grassy area along C-3 Road in Caloocan.

He added that he saw the victim holding up his bound wrists while telling the policemen that he was surrendering, but he was shot dead anyway.

The witness also claimed he saw a young boy in the police patrol car, which was believed to be 14-year-old De Guzman.

In the case of De Guzman, police said the DNA of the corpse found in Nueva Ecija was not a match to his parents‘, which the latter rejected. Eddie and Lina Gabriel had positively identified the corpse as that of their son, based on distinct marks on his body, and insisted he was their”flesh and blood.”

PAO’s Acosta had disputed the DNA test result, saying that a contaminated cadaver may render a DNA test inaccurate.

The complaint is set to undergo preliminary investigation. – Rappler.com