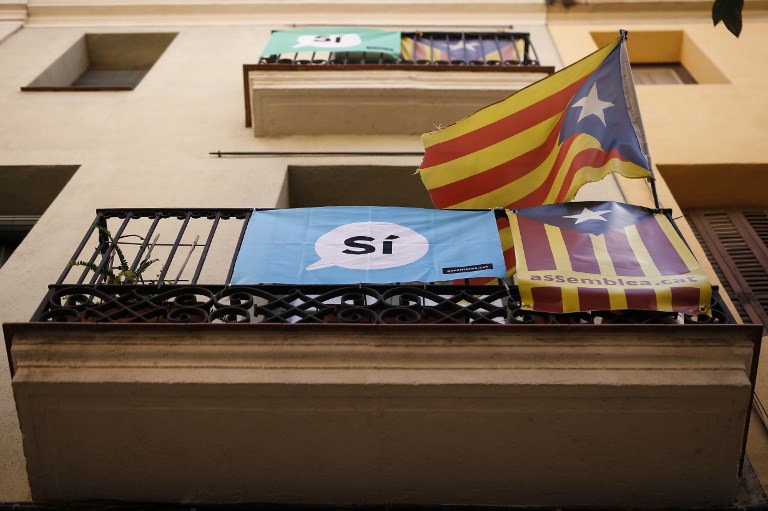 As of Monday, a total of 37 mayors have received a summons as part of a criminal probe ordered last week by Spain’s public prosecutor, who has threatened to arrest the more than 700 mayors who support holding the October 1 referendum deemed unconstitutional by Madrid.

Faced with a determined Catalan government, Spain has multiplied its efforts to try to block the vote.

Spain’s Guardia Civil police force confiscated 113,000 pro-referendum posters bearing the logo of the Catalan government from a company in Sabadell, a town some 20 kilometers (12 miles) north of Barcelona, the interior ministry said.

It brings the total of confiscated pro-referendum pamphlets and posters to 1.5 million since Friday, September 15, across Catalonia, it added in a statement.

In addition, Spain’s central government on Friday took over the payments of essential services and public workers’ salaries in Catalonia to make sure the region does not use public money on the vote.

Catalonia’s vice president Oriol Junqueras accused Madrid of seeking to discreetly take away Catalonia’s autonomy with the measure and vowed it would not stop the referendum from taking place.

“Citizens will vote, there will be ballot boxes and ballots,” Junqueras said during a meeting with the foreign press in Barcelona.

A survey commissioned by the regional government in July showed 49.4% of Catalans were against independence while 41.1% were in favor. – Rappler.com