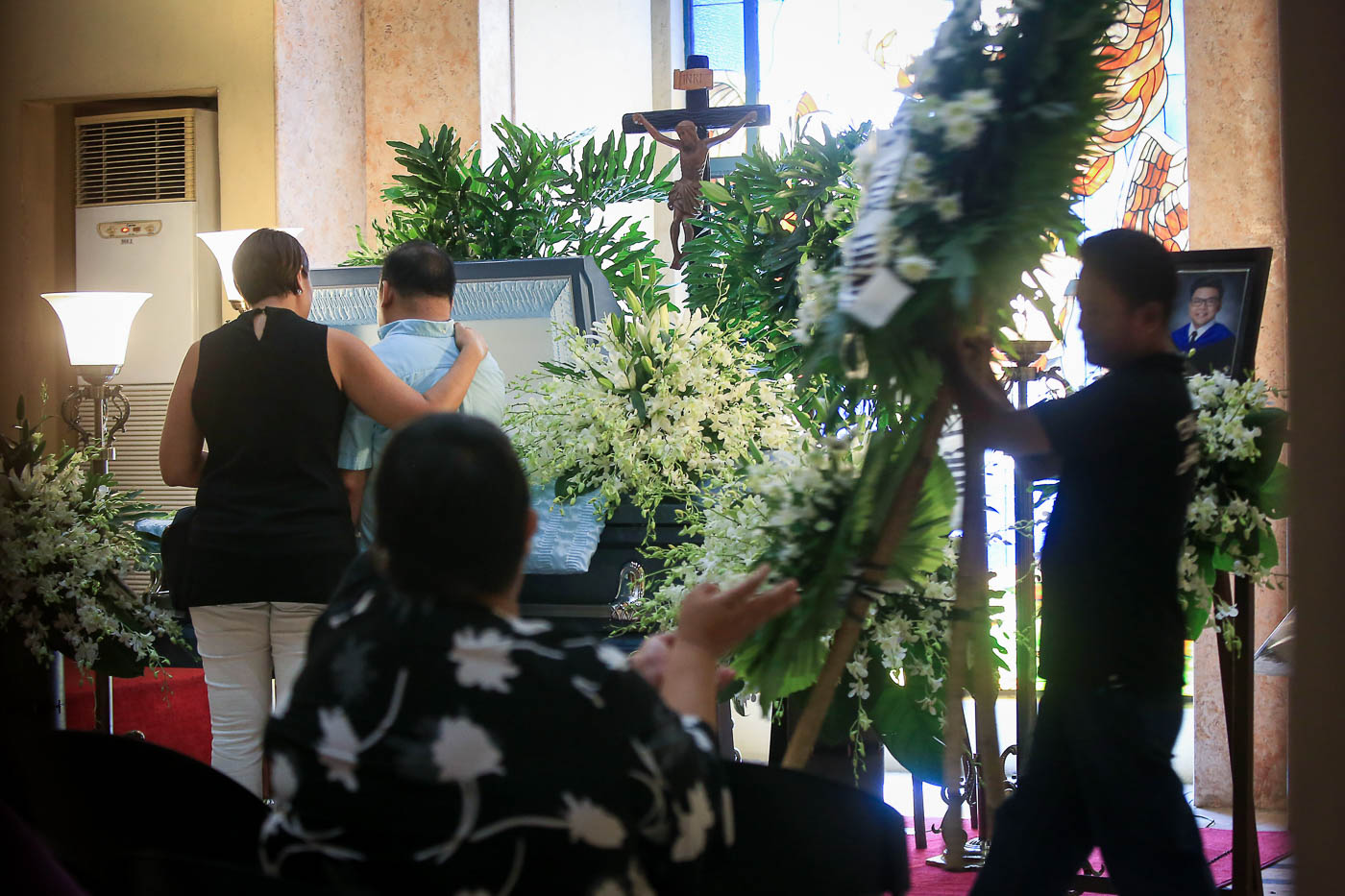 MANILA, Philippines – On the first night of Horacio Castillo III’s wake on Tuesday, September 19, his family dealt not just with grief but outrage. Their only son – a 22 -year-old law student who had promised to make them proud someday – died in the “barbaric and criminal” hands of supposed fraternity brothers.

“While the death of Atio is still under investigation, it is clear to us that Atio was killed by criminals from Aegis Juris fraternity in a blatant act of hazing. We are outraged that barbaric and criminal acts continue to be performed in the false name of brotherhood,” the Castillos said in a statement.

They are asking his friends, classmates, or whoever has information step forward and provide leads to the prompt identification, arrest, and punishment of the killers.

Castillo was believed to have gone through hazing rites as a Aegis Juris recruit. On Sunday morning, September 17, he was found lying on a pavement, covered with a blanket, in the corner of H. Lopez Boulevard and Infanta Street in Balut, Tondo, Manila.

On Sunday night, Castillo’s parents received an anonymous text, tipping them about their son’s whereabouts. They found Atio’s remains at the Archangel Funeral Home in Sampaloc, Manila. His body bore bruises in both arms, cigarette burns, and candle wax drippings all over his body – marks, they believe, of hazing.

John Paul Sarte Solano, the medical technologist who claimed to have found him and brought him to the Chinese General Hospital, is now a “person of interest,” whom the authorities will invite for questioning.

Justice Secretry Vitaliano Aguirre II said he would direct the National Bureau of Investigation to probe Castillo’s death, while the dean of the University of Santo Tomas Faculty of Civil Law has barred all officials and members of the fraternity – his own fraternity – from entering the campus.

Castillo’s parents and sister are facing relatives and friends, but have kept the wake at the Santuario de San Antonio chapel in Forbes Park, Makati City, off limits to the media. The family requests for privacy in their time of grief. – Rappler.com