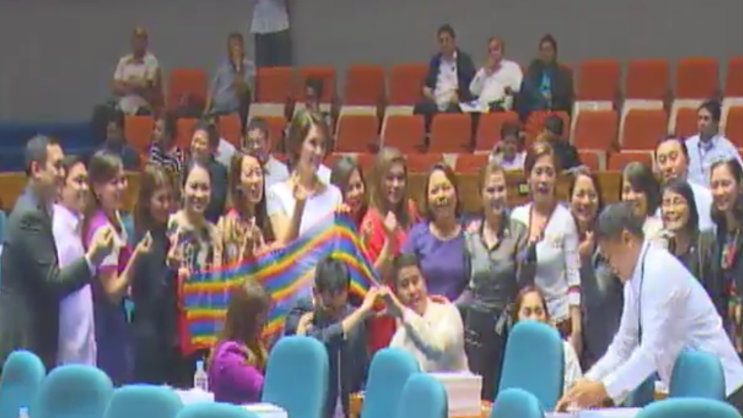 MANILA, Philippines – A little over a year after Bataan 1st District Representative Geraldine Roman delivered an emotional speech asking fellow lawmakers to support an anti-distrimination bill, the House of Representatives on Wednesday, September 20, passed it on 3rd reading.

Voting 197-0, “House Bill Number 4982 or An Act Probihiting Discrimination on the Basis of Sexual Orientation or Gender Identity or Expression (SOGIE) and Providing Penalties therefore,” was approved on 3rd and final reading.

The SOGIE Equality Bill protects people from discriminatory acts such as:

A court can also opt to impose community service in the form of human rights education and familiarization with and exposure to the plight of victims,  according to Dinagat Representative Kaka Bag-ao, one of the principal authors of the bill.

The struggle to push the measure has been long and winding. A version of it was first filed during the 11th Congress by then Akbayan Representative Etta Rosales. It was approved on 3rd and final reading by the House but the Senate failed to do the same.

In 2006, the bill reached second reading at the House during the 13th Congress.

A similar measure is pending before the Senate. – Rappler.com