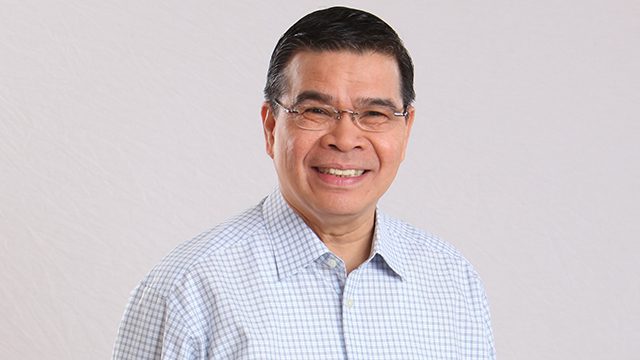 A source from Malacañang told Rappler on Thursday, September 21, that Salalima has submitted a letter of resignation to the Office of the President.

The reasons are both work-related and personal, the source said, but declined to elaborate.

“Secretary Rodolfo A. Salalima of the DICT has tendered his letter of resignation to the President, citing personal and work-related reasons,” he said in a statement sent to reporters.

Speaking in Marawi on Thursday, Duterte said he received Salalima’s resignation letter on Wednesday night. The President said Salalima offered to leave his post because of “conflict of interest.”

“He used to work for a telecom company. He was the VP…I would not say that he’s guilty. [It’s] out of delicadeza,” said Duterte.

Duterte may have been referring to Salalima’s long history with Globe Telecom, among the country’s major telecommunication companies.

Before deciding whether or not to accept his resignation, the Chief Executive said he first wants to find out Salalima’s exact reasons for leaving his Cabinet.

However, Duterte also said he is already scouting for possible replacements for Salalima.

Salalima has not ret responded to Rappler for comment regarding his resignation offer.

Before joining Duterte’s Cabinet, Salalima was Globe Telecom’s chief counsel. He joined Globe in 1993 going to become senior vice president for corporate and regulatory affairs until his retirement in 2008. He was Duterte’s classmate in the San Beda Law School.

If Salalima ends up leaving Duterte’s Cabinet, he would be the 7th to do so.