Sep 22, 2017 9:48 AM PHT
Lian Buan
Facebook Twitter Copy URL
Copied
'They have nothing to fear from us. They should fear more the ones hiding them or the ones advising them not to come out. They can be dangerous people,' says Justice Secretary Vitaliano Aguirre II 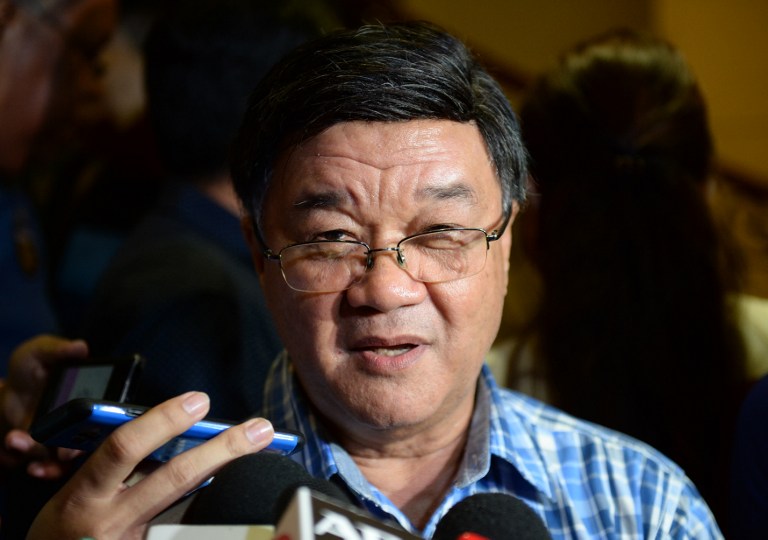 “If they want to tell the truth or clear their names they can come to my office and we will place them under the WPP (Witness Protection Program),” Aguirre said on Friday.

The justice chief said the witnesses “have nothing to fear” for as long as they tell the truth.

“They can trust us, they have nothing to fear from us. They should fear more the ones hiding them or the ones advising them not to come out. They can be dangerous people with hidden agenda. I ask them to come out and tell the truth and we will protect them under the WPP,” Aguirre said.

Castillo was the freshman law student of the University of Santo Tomas who died after being subjected to hazing rites of the Aegis Juris fraternity. His parents believe his death was due to injuries sustained during the hazing.

On Wednesday, September 20, the Manila Police District named 3 suspects in the killing. Among them was John Paul Solano, the person who claimed to have found Castillo wrapped in a blanket on a pavement in Balut, Tondo, Manila, and brought him to the hospital.

After further investigation, police said that Solano “deliberately misled” authorities when he did not disclose that he was a member of Aegis Juris fraternity.

A second suspect, Ralph Trangia, identified by the MPD as an officer of the Aegis Juris, has reportedly left for Taipei on Tuesday, September 19.

The third suspect is Ralph’s father, Antonio, who was found to be the registered owner of the vehicle that brought Castillo to the Chinese General Hospital on Sunday, September 18. Solano had claimed he just flagged down the vehicle to bring Castillo to the hospital. – Rappler