Marawi general to evacuees: ‘I really apologize for the delay’ 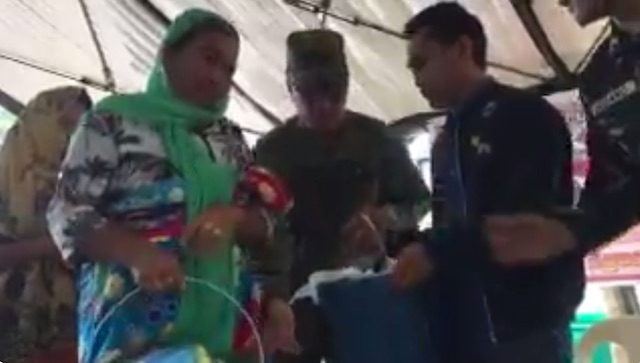 Facebook Twitter Copy URL
Copied
'Until now they are suffering. I really apologize for the delay. Hopefully within a few days [it's over].'

“We wanted to finish it early. Mahirap din kasi ang suffering ng mga [evacuees] natin (We know the evacuees have been suffering). Until now they are suffering. But I really apologize for the delay. Hopefully within a few days [it’s over]. Nakikita natin medyo lumiliit na ang ginagalawan ng mga Maute po (We can see that the maneuver space of the Mautes is shrinking),” Galvez said in a visit to an evacuation center at Barangay Mipaga in Saguiran, Lanao Del Sur.

Galvez led a morning activity for the evacuees, where he distributed relief goods and served hot meals while military mascots provided entertainment.

He said it had been a difficult war for the troops but he said they are aiming to end the war within the month so that residents who still have homes to go back to may return by October. Temporary shelter sites are also being prepared for those whose houses have been destroyed.

“Alam natin napakahirap ng operation na ginagawa natin sa loob (We know their job is really hard) and it really cost the lives of our soldiers. I really made an apooogy for the delay. We tried our best as a commanders. Our soldiers tried their best to really finish this clearing soonest possible time,” he said.