Sep 25, 2017 10:25 PM PHT
Camille Elemia
Facebook Twitter Copy URL
Copied
'Let the axe fall where it should fall. I told him and encouraged him (John Paul Solano) to tell the truth and nothing but the truth,' says Solano's lawyer Paterno Esmaquel, who is also one of the founders of Aegis Juris 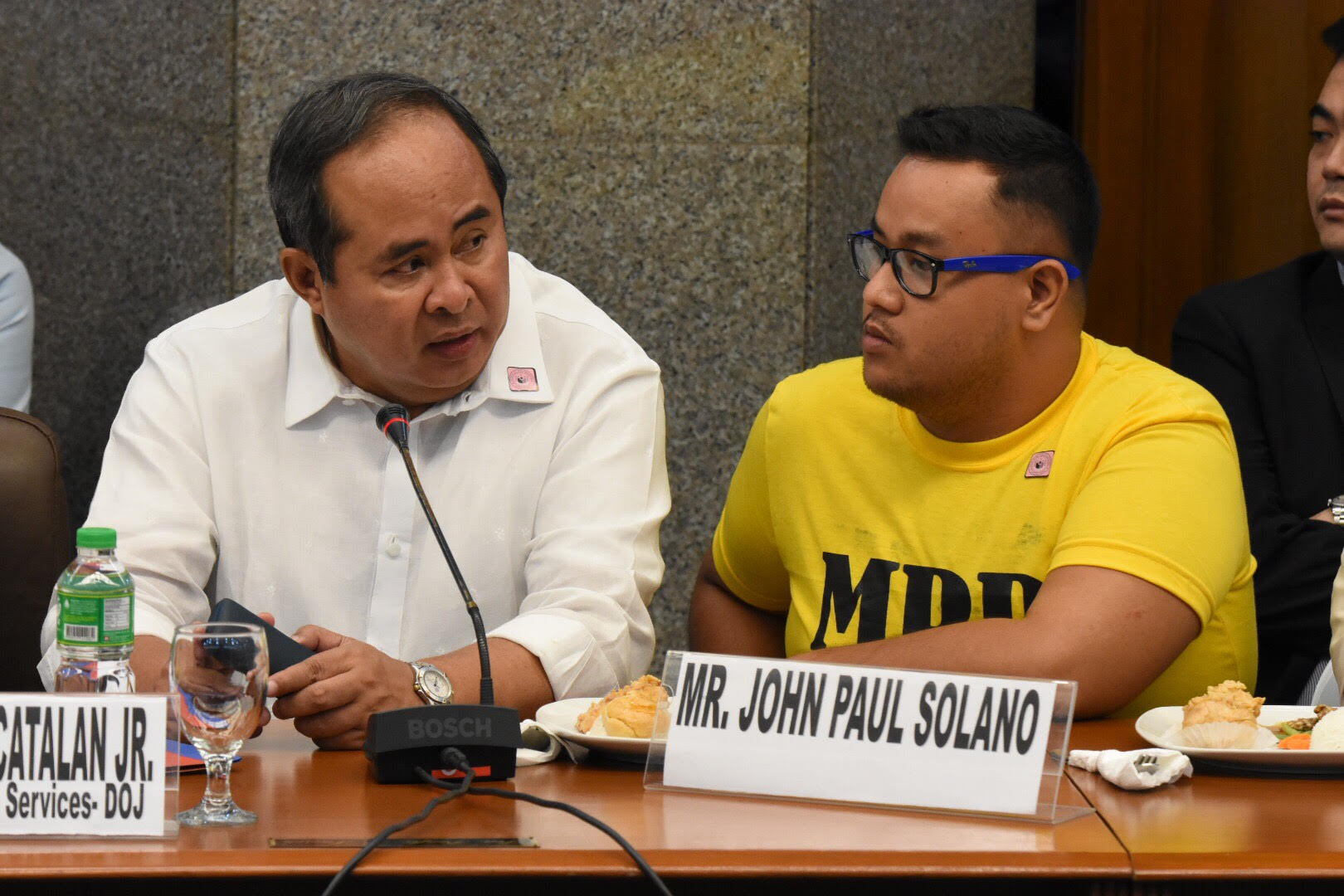 MANILA, Philippines – One of the 25 founders of the University of Santo Tomas-based Aegis Juris fraternity vowed that there would be no “cover-up” in the death of UST freshman law student Horacio Castillo III due to hazing.

Paterno Esmaquel, fraternity co-founder and lawyer of one of the primary suspects, John Paul Solano, gave an assurance that his client would submit names of other fraternity members involved in Castillo’s fatal hazing.

Esmaquel said he was “shocked” upon finding out about the death of a neophyte through the news. While he was among those who founded the fraternity in 1979, he said he is no longer active in the organization.

“I came to know of it through the newspaper. Since I was admitted more than 30 years ago, I’m no longer active in the fraternity. I was shocked,” Esmaquel said on Monday, September 25, during a Senate public order committee hearing on the incident.

“I tried to get in touch with some of the members. I learned there’s really a problem, whether this guy should come out or not. So I was forced to come out and assist him,” the lawyer added, referring to Solano.

Esmaquel said Solano asked him if they would “cover up” the incident, to which the lawyer supposedly replied “no.”

“When we first met, his first question to me was: ‘GP [Grand Praefectus], magco-cover-up ba tayo diyan (will we cover up the truth)?” the lawyer recounted.

“Sabi ko sa kanya, no (I told him, no). That’s why precisely I came out. Let the axe fall where it should fall. I told him and encouraged him to tell the truth and nothing but the truth,” he added.

Esmaquel said they would identify other personalities involved in Solano’s affidavit.

“We have prepared an affidavit for that. We will name names there… we will submit an affidavit because there is already a charge. I can assure you there will be names there,” the lawyer said.

On September 17, Castillo was declared dead on arrival at the Chinese General Hospital. Solano told senators during the hearing that he brought Castillo to the hospital, together “with some frat members,” after the neophyte collapsed at their “frat library.”

But Solano claimed he was not present during the actual initiation rites. (READ: Facebook Messenger chat may give clues to Castillo’s hazing death)

Castillo’s parents, who were also at the Senate hearing, slammed the fraternity for treating their son “like an animal” and urged other fraternity members to surface to tell the truth. – Rappler.com