LIVE: House discussion on proposed amendments to the 1987 Constitution 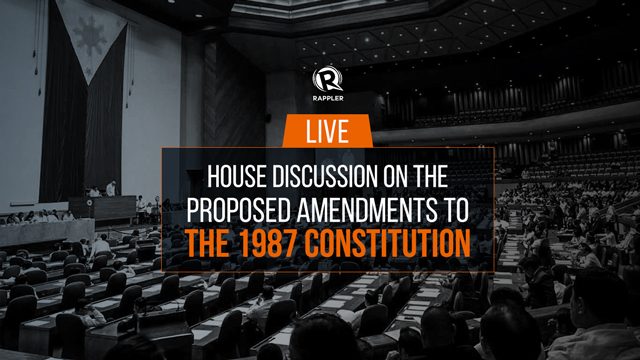 MANILA, Philippines – The House committee on constitutional amendments heard the presentation of the technical working group on the shift to federalism on Wednesday, September 27.

The group, formed by the Partido Demokratiko Pilipino–Lakas ng Bayan (PDP-Laban) Federalism Institute, discussed the proposed regional governments and the 3-step process in the transition to federalism.

During the first hearing, the experts presented what the semi-presidential system would look.

Included in the discussion was the proposed system of fiscal sharing between regional powers.

On October 9, the House committee on constitutional amendments will hold the continuation of the discussion of the technical working group on the shift to federalism.