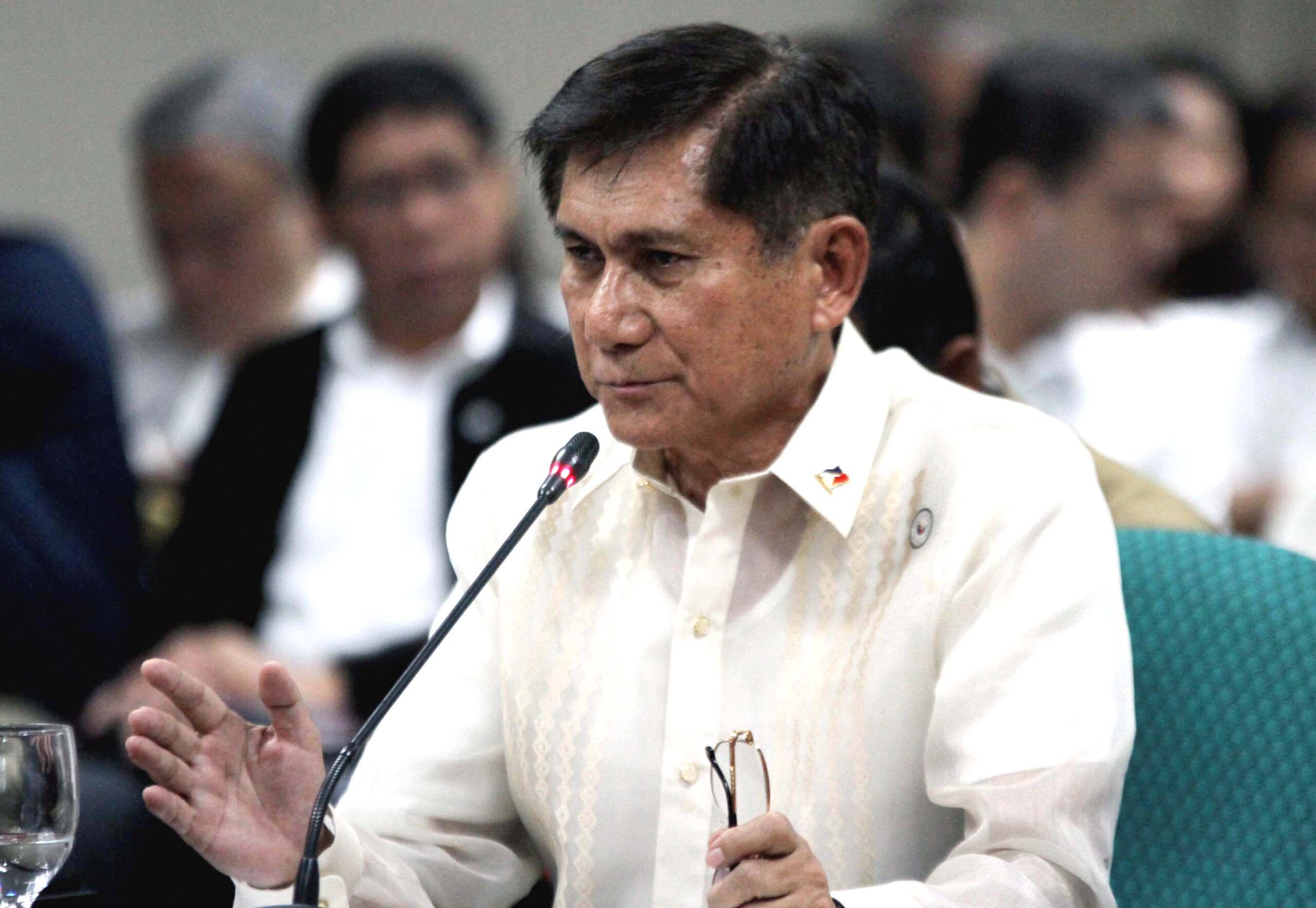 Facebook Twitter Copy URL
Copied
(UPDATED) The CA approves Cimatu's appointment just 4 months after President Rodrigo Duterte chose him to replace Gina Lopez, who was rejected by the powerful body in May

Senator Manny Pacquiao, chairman of the CA committee on environment and natural resources, said there were “overwhelming yes votes” for Cimatu.

“Mr President, it is my great pleasure and honor to report to the Commission, to the President, to the men and women of DENR, and to the whole nation of the overwhelming yes votes of the members of this Commission confirming and affirming the ad interim appointment of our 16th DENR Secretary in the person of Roy Cimatu,” Pacquiao said during the CA plenary session on Wednesday.

Following his confirmation, Cimatu said in a statement that the DENR under his leadership will push for a “people-centered agenda in pursuit of environmental protection and sustainable development.”

He said his confirmation will allow him to continue the reforms in his department and to pursue programs and projects that would protect the environment.

“The challenge for me now is to prove that President Rodrigo Duterte and the honorable members of the CA have made the right decision in placing their trust and confidence in my abilities to lead the DENR towards fulfilling the broad mandate entrusted to it,” Cimatu added.

The CA approved the appointment of Cimatu just 4 months after President Rodrigo Duterte chose him to replace Gina Lopez, who was earlier thumbed down by the powerful body in May.

Cimatu is the second former Armed Forces chief to head the Department of Environment and Natural Resources (DENR), after the late Angelo Reyes who served during the Arroyo administration.

Cimatu served as the Philippines’ special envoy to the Middle East during the administration of then President Gloria Macapagal-Arroyo.

Since Cimatu took over the DENR, the department has been reviewing Lopez’s controversial order that led to the closure or suspension of mining operations in the country.

Under Cimatu, the DENR’s Mines and Geosciences Bureau has proposed to lift the ban on open-pit mining, another policy of his predecessor. Lopez had appealed to Duterte not to allow the lifting of the ban, and while the President said he agreed with her, he was also open to giving miners “elbow room” to adjust for now.

While some environment groups tag him as a “pro-mining ex-general,” Cimatu has repeatedly expressed his commitment to strictly enforce mining and environmental regulations, saying that mining operations that violate laws will be fined, suspended, or closed.

For instance, the DENR slapped a cease and desist order against mining firm Ipilan Nickel Corporation for operating without an ECC in Brooke’s Point, Palawan.

In June, Cimatu also vowed to conduct an inquiry into the much-opposed proposal to build an underwater resort and theme park in Coron, Palawan. Two months after, Viacom International Media Networks said it no longer wants to pursue the construction of the Nickelodeon-branded attraction and resort.

Duterte said he chose Cimatu as DENR secretary because he believes in the “honest” and “hardworking” retired general. – Rappler.com