Sep 27, 2017 5:52 PM PHT
Facebook Twitter Copy URL
Copied
'His release does not mean that he is already off the hook or the case against him is dismissed,' says Acting Prosecutor General Jorge Catalan 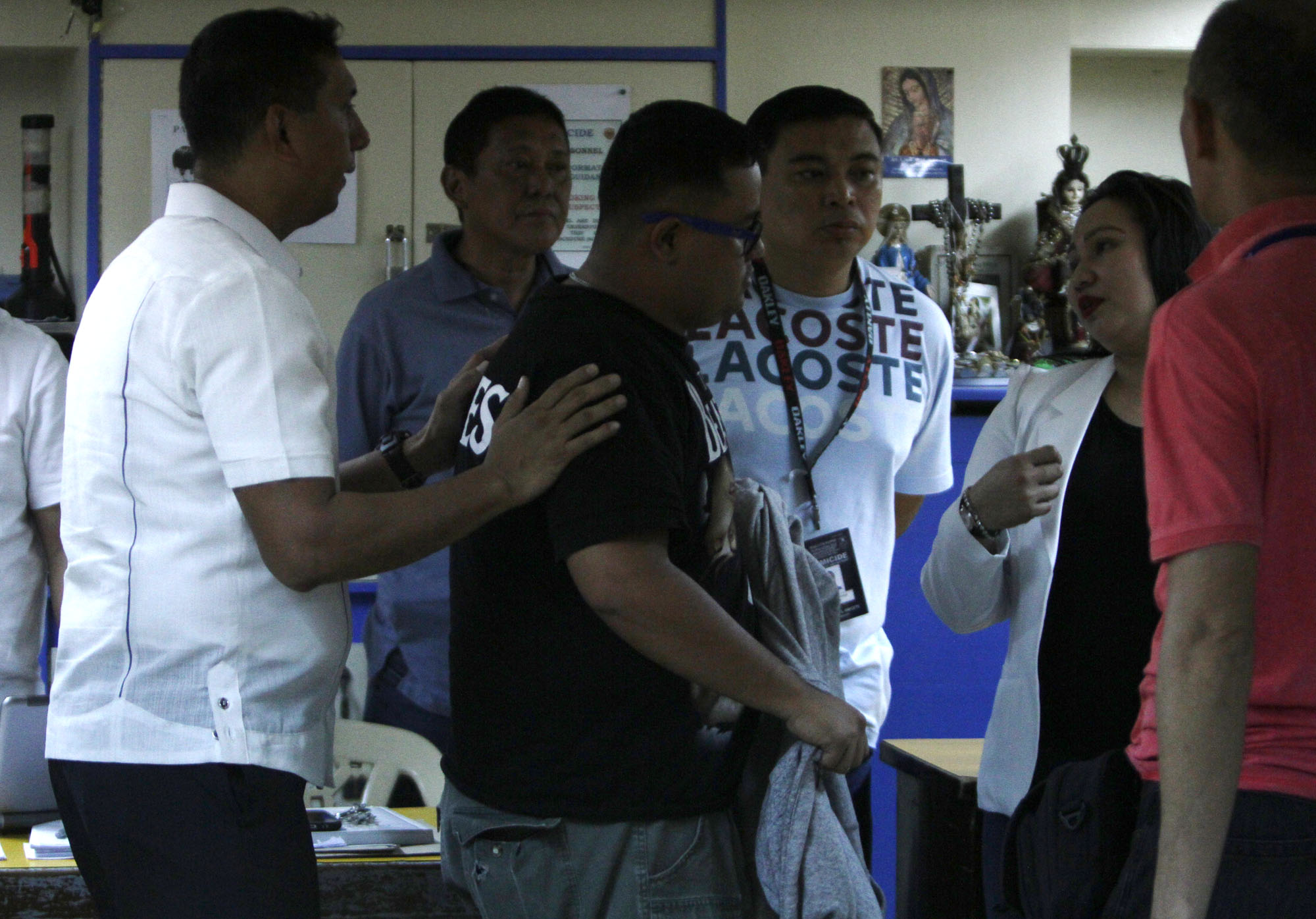 Catalan said state prosecutors from the Department of Justice (DOJ) issued a resolution which contained a directive to release Solano from detention. The DOJ did not provide media a copy of the resolution.

“His release does not mean that he is already off the hook or the case against him is dismissed,” Catalan said.

Solano’s lawyer and Aegis Juris co-founder Paterno Esmaquel filed an Omnibus Motion which questioned the detention of his client.

Solano was taken into custody by the Manila Police District (MPD) after they filed complaints of murder, perjury, obstruction of justice, and robbery on the day that the DOJ conducted inquest proceedings on Solano.

Esmaquel questioned this, saying an inquest proceeding is valid only for warrantless arrests. Esmaquel explained Solano voluntarily surrendered to authorities and is therefore not covered by the rules of inquest proceedings.

Catalan gave a preview of the contents of the resolution, which included the creation of a 3-member panel to conduct a preliminary investigation.

Solano, he said, will be given the opportunity to submit his counter-affidavit. Preliminary investigation is scheduled for October 4 and 9.

“Preliminary investigation would be conducted so he will have the opportunity or chance to file his answer, but it would depend upon the panel, whether or not probable cause exists. If there is, we will file the case in court. If there is none, then we will dismiss it,” Catalan said.

Senator Panfilo Lacson brought Solano to the MPD after he was surrendered to Lacson’s office by University of Santo Tomas (UST) Faculty of Civil Law dean Nilo Divina.

Solano brought the body of Castillo to the Chinese General Hospital where the latter was declared dead on arrival. According to his initial statement, he found Castillo slumped in a sidewalk in Tondo, and being a registered technologist, Solano helped him out.

It turned out, he was also a member of Aegis Juris, the fraternity accused of hazing Castillo to death. Castillo claimed he was told to lie to authorities by a fraternity brother. (READ: Aegis Juris not an accredited UST organization in 2017)

The MPD, nonetheless, filed criminal charges against him for his suspicious and contradictory statements.

While Solano faces charges, his other fraternity brothers are nowhere to be found, with the other principal suspect reportedly fleeing to the United States. – Rappler.com